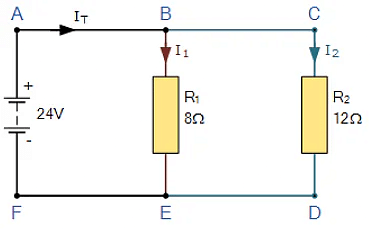 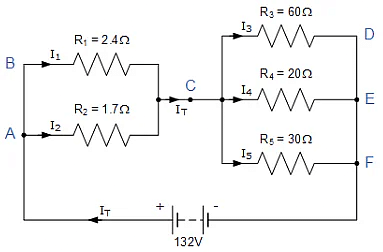 Thus the equivalent circuit resistance between nodes C and F is calculated as 10 Ohms. Then the total circuit current, IT is given as:

Giving us an equivalent circuit of: 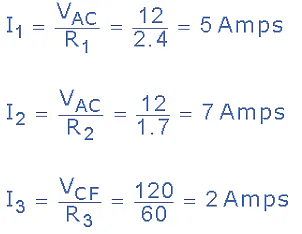 Find the currents flowing around the following circuit using Kirchhoff’s Current Law only. 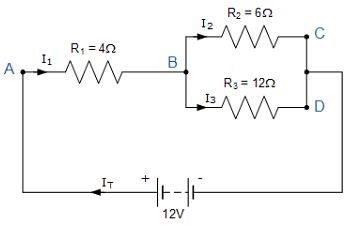 IT is the total current flowing around the circuit driven by the 12V supply voltage. At point A, I1 is equal to IT, thus there will be an I1*R voltage drop across resistor R1.The circuit has 2 branches, 3 nodes (B, C and D) and 2 independent loops, thus the I*R voltage drops around the two loops will be:Loop ABC  ⇒  12 = 4I1 + 6I2Loop ABD  ⇒  12 = 4I1 + 12I3Since Kirchhoff’s current law states that at node B, I1 = I2 + I3, we can therefore substitute current I1 for (I2 + I3) in both of the following loop equations and then simplify. 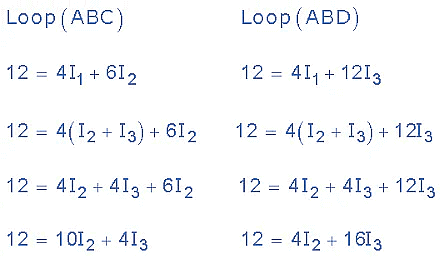