Q.66.(A) Define friction. What are the factors affecting friction? Explain with examples.

The force that opposes the motion of an object is called friction. Example, when we walk, friction acts in opposite direction we apply force to walk.The factor affecting friction are:

(B) What is the cause of friction? Explain with the help of a labelled diagram.

The cause of friction is surface roughness and adhesion.When we apply force, F on a book, the book slide (Fig A). Then acts a force of friction, f (Fig B)

The friction is produced due to the contact of the two surfaces of the table and the book. It acts in opposite direction of the force to stop it. And, we see after some distance, the book again comes to the rest (Fig C).

Q.67.(A) Give examples to show that friction depends on the nature of two surfaces in contact.

The friction depends on the roughness as well as smoothness of the surface. If the surface is rough, then the surfaces in contact have more interlockings and the thus the friction is more. Thus, the object is not able to move easily due to more friction. 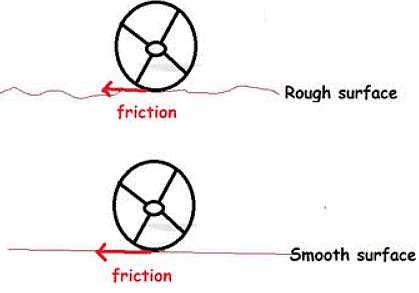 If the surface is smooth, then the surfaces in contact have very less interlockings and the thus the friction is less. Thus, the object is able to move easily due to less friction.

(B) Give an example to show that friction depends on the force with which the two surfaces are pressed together.

Suppose, a person is pushing a heavy box, then he is applying say force F1.

Now if the same person pushes two boxes of same mass as the previous case. Then, in this case he will have to apply more force to overcome the larger friction as in the earlier case. Thus is because friction depends on the mass of the object. Heavier the mass, more the force is exerted by the object on the surface and thus more friction is produced.

Q.68.(A) What is the difference between static friction and sliding friction? For’ a given pair of objects, which of the two is greater? 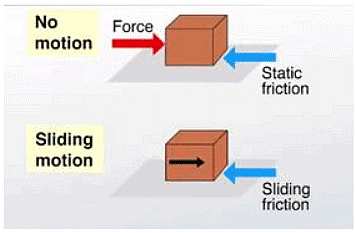 The static friciton is greater than sliding friction because more force is required to remove the objectf rom rest state into dynamic state. Once the obejct comes into motion, it is easier to keep the object moving by applying comparetively lesser force.

(B) How can a very heavy machine be moved conveniently from one place to another in a factory? (No crane is available for this purpose).

A very heavy machine can be moved from one place to another with the help of wheels. Because then rolling friction comes into action and its value is the least among static and sliding friction.The following diagram shows, how a heavy cylinder can be rolled easily.

The drag is the other name for fluid friction. It resists the motion of any object that travels in fluid. 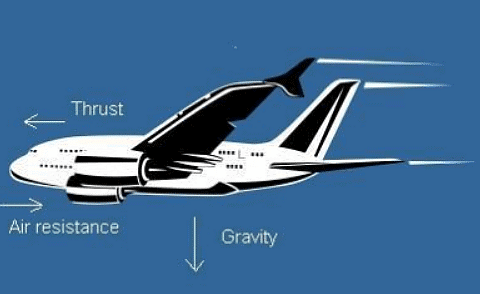 Examples: 1. A boat travelling in water.2. An aeroplane moving in the sky.

(B) How can you reduce the drag on something moving through the air?

The objects are built in special streamline shape to reduce the drag while moving in the air. Example, birds and Aeroplane have streamlined shapes.

A streamline shape is the one in which the body is pointed at the ends and broad-shaped in the middle. 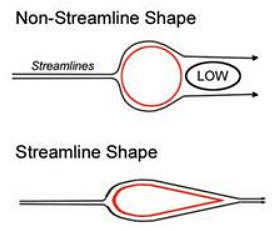 (B) Explain why, objects moving in fluids should have streamlined shape.

The objects moving in fluids have streamlined shape so as to reduce the air drag or fluid friction that opposes their motion in any fluid.

Correct Answer is Option (a)As the roughness of the surface increases, the friction force increases.

The force of friction acts opposite to the direction of motion.

Correct Answer is Option (c)A spring balance can measure both the force acting on it as well as the weight of the object.

Friction does not depend on the area of contact.

Q.77. Which of the following is not an advantage of friction?(a) it enables drawing to be made on paper(b) it enables fallen things to be picked up(c) it enables rubber pads to be rubbed off(d) it enables vehicles to move on ground

Correct Answer is Option (c)Friction does wear and tear of the objects.

Correct Answer is Option (c)The relationship between the three types of friction is:

Correct Answer is Option (a)As the roughness of the surface increases, the friction increases.

Q.82. Four similar cars having exactly the same mass are running at the same speed on the same road when brakes are applied at the same time. The cars come to a stop after covering distances of 5 m, 5.5 m, 4.8 m and 5.2 m respectively. The friction between the brake pads and discs will be the maximum in the car which travels the distance of:(a) 5 m(b) 5.5 m(c) 4.8 m(d) 5.2 m

Correct Answer is Option (c)As the distance travelled is the least in 4.8 m , thus friction would have been the largest.

The spring balance measures weight of an object.

Correct Answer is Option (b)The book starts sliding down slowly sliding slowly, because the sliding friction is less than force of gravity.

Correct Answer is Option (d)A body shape which offers very little resistance to the flow of a fluid around it, is called streamlined shape.

Q.86. Which of the following should be used to reduce friction on a carrom board?(a) a lubricating oil(b) a dry lubricant(c) a layer of grease(d) a ball bearing

Correct Answer is Option (b)Using talcum powder to reduce the friction on carom board.

Correct Answer is Option (d)Bus is not streamlined shape. It is a cuboid shape.

The frictional force exerted by fluids is called drag force.

Q.89. A person has applied some mustard oil on his hands. Which of the following objects will become most difficult for him to hold in his hand?(a) Earthen cup (kulhar)(b) thermocol tumbler(c) glass tumbler(d) wooden cup

Correct Answer is Option (c)Mustard oil reduces the friction on his hands. So, Glass tumbler will be most difficult to handle.

Correct Answer is Option (c)Because rolling friction allows to move heavier objects from one place to other easily.

Floor B offers greater friction because it stops the moving pencil cell stop at a lesser distance of 20 cm on the floor. More the friction, more the surface is rough.

Q.92. A car is moving towards North. What will be the direction of force of friction acting on this car due to surface of road ?

Q.93. You spill a bucket of soapy water on a marble floor accidently. Would it make easier or more difficult for you to walk on the floor? Why?

Q.94. What kind of friction comes into play:(a) when a block of wood kept on table moves slowly ?

(b) when a block of wood kept on table just tends to move (or slip)?

(c) when a block of wood kept on cylindrical iron rods moves?

When no person is sitting on the mat, then the mat and floor are not pressed together. 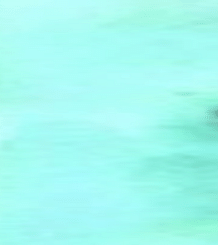 Thus, there is no friction.But, when a person is sitting on the mat. 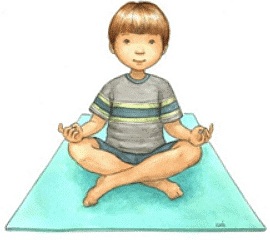 Then due to the weight of the person, the mat and floor are pressed together harder, increasing the friction too much. Thus, then it is very difficult to drag the person.

The document Lakhmir Singh & Manjit Kaur: Friction- 3 Notes | Study Science Class 8 - Class 8 is a part of the Class 8 Course Science Class 8.
All you need of Class 8 at this link: Class 8