Question 10: Shri S. K. Gupta, Chandigarh commenced business on 1st April, 2019 with a capital of ₹ 1,20,000 of which ₹ 60,000 was paid into his Bank Account and balance retained as cash. His other transactions during the month were as follows: 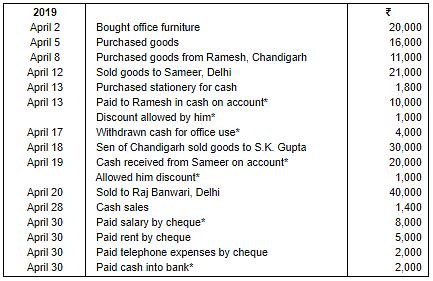 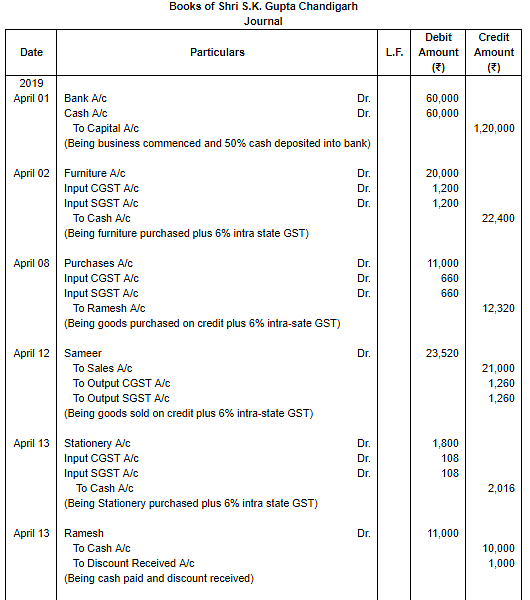 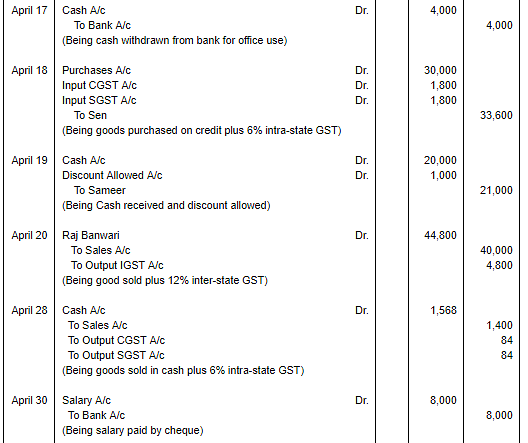 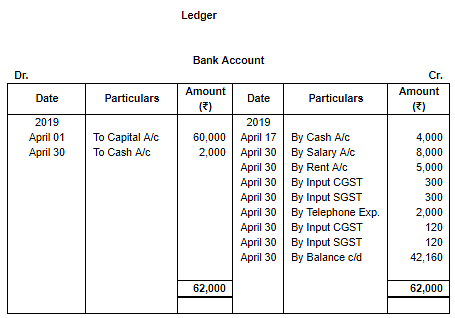 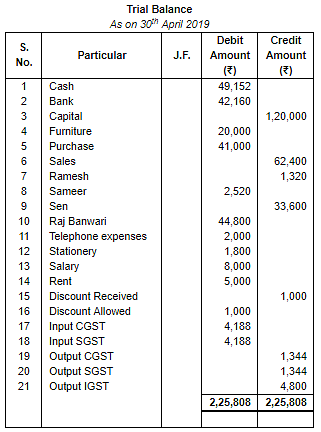 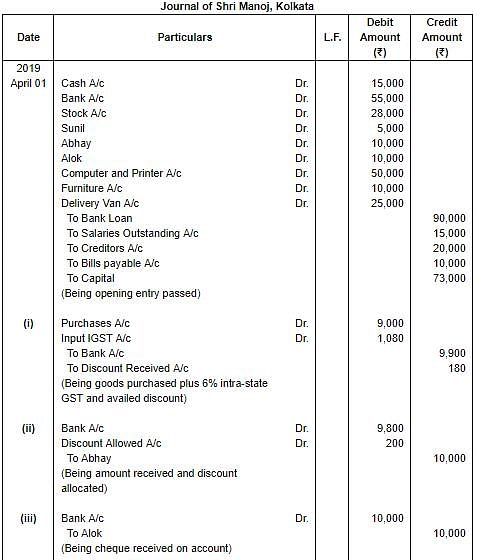 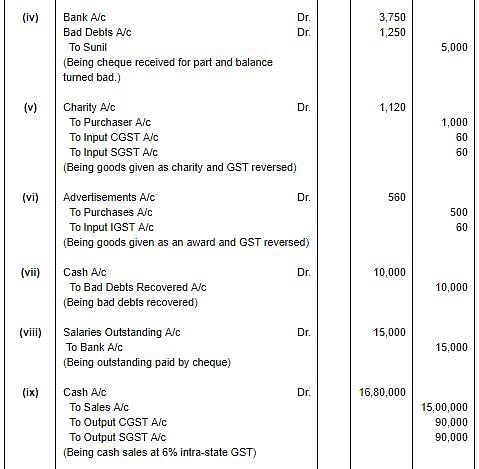 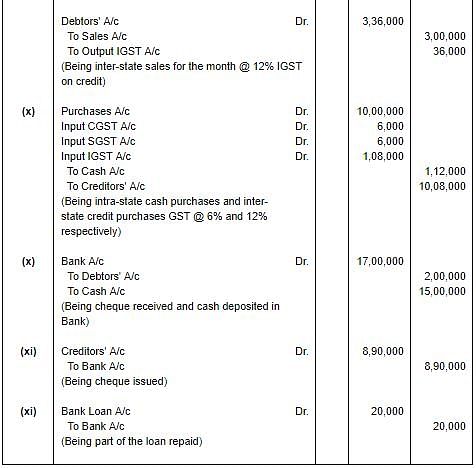 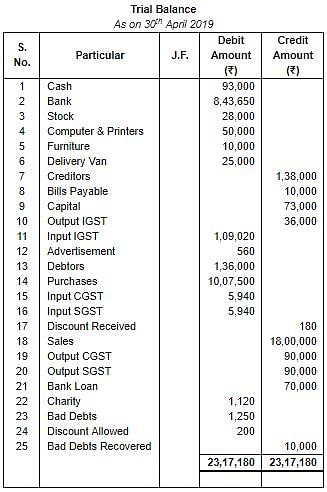