Ques 1. What were the steps taken by Musharraf in Pakistan to empower himself? [Important]Ans. In Pakistan, General Pervez Musharraf led a military coup in October 1999. He overthrew a democratically elected government and declared himself the ‘Chief Executive’ of the country. Later he changed his designation to President and in 2002 held a referendum in the country that granted him a five year extension. This referendum was based on fraud and malpractices. In 2002, he issued a ‘Legal Framework Order’ that amended the Constitution of Pakistan. According to this order, the President could dismiss the national or provincial assemblies. 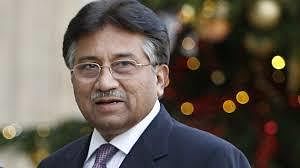 Ques 2. With reference to Zimbabwe, describe how the popular approval of rulers is necessary in a democracy but not sufficient.Ans. In Zimbabwe, since Independence in 1980, elections have been held regularly and always won by ZANU-PF, the party that led the freedom struggle. Its leader, President Robert Mugabe, is popular but also uses unfair practices in elections. His government has changed the Constitution several times to increase the powers of the President and make him less accountable. Opposition party workers are harassed. Public protests and demonstrations against the government are declared illegal. There is a law that limits the right to criticise the President.

Ques 3. On the basis of the various examples given in the chapter, state what should be the four features of a democracy. [V. Important]Ans. Four features of a democracy are –(i) Representatives elected by the people take all the major decisions.(ii) Elections offer a choice and fair opportunity to the people to change the current rulers.(iii) This choice and opportunity is available to all the people on an equal basis.(iv) The exercise of this choice leads to a government limited by basic rules of the constitution and citizens' rights.

Ques 4. Enumerate the arguments given against democracy.Ans. Some of the arguments against democracy are as follows :(i) Leaders keep changing in a democracy. This leads to instability.(ii) Democracy is all about political competition and power play, with no scope for morality.(iii) Since so many people are to be consulted in a democracy, it leads to delays.(iv) Elected leaders do not know the best interest of the people; so it leads to bad decisions.(v) Democracy leads to corruption as it is based on electoral competition.

Ques 5. How does democracy provide a method to deal with differences and conflicts?Ans. In any society people are bound to have differences of opinions and interests. These differences are particularly sharp in a country like India which has lot of social diversity. The preference of one group may class with those of the other groups. Democracy provides the only peaceful solution to this problem. In democracy, no one is a permanent winner or a permanent loser. Different groups can live with one another peacefully. In a diverse country like ours, democracy keeps our country together.

Ques 6. Write any four disadvantages of democracy.Ans. (1) Leaders keep changing in a democracy. This leads to instability.(2) Democracy is all about political competition and power play. There is no scope for morality.(3) So many people have to be consulted in a Democracy that it leads tro delays.(4) Elected leaders do not know the best interest of the people. It leads to bad decisions.

Ques 8. What is the significance of the rule of law and respect for rights in democratic country? State four points.Ans. A democratic government cannot do whatever it likes simply because it has won an election. It has to respect some basic rules. In particular it has to respect some guarantees to the minorities. Every major decision has go through a series of consultation. Every office bearer has certain rights and responsibilities assigned by the constitution and the law. Each is accountable not but only to law to other independent officials.

Ques 9. Why is democracy called a ‘‘government by discussion’’?Ans. It is called a ‘‘government by discussion’’ because a democracy is based on consultation and discussion. A democratic decision always involves many persons discussions and meetings. When a member of people together think over a certain matter they are able to point out possible mistakes. This takes time. But there is big advantage in taking time. This reduces rush decisions, problems are not resolved by brutal force but by peaceful discussions. It offers best alternative that we know. 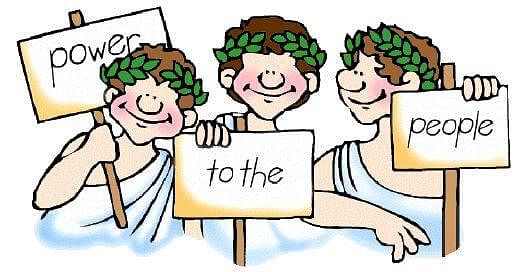 Ques 11. ‘‘Democracy enhances the dignity of citizen.’’ Justify this statement.Ans. Democracy is based on the principle of political equality on recognising that the poorest and the least educated has the same status as the rich and the educated. People are not subjects of a ruler. They are the rulers themselves. Even when they make mistakes they are responsible for their conduct.

Ques 12. ‘‘Democracy improve the quality of decision making.’’ Explain.Ans. Democracy provides a method to deal with differences and conflicts. In any society people are bound to have difference of opinions and interests. These differences are particularly sharp a country like ours which has an amazing social diversity. People belong to different regions speak different languages, practise different religions and have different castes. Preferences of a groups can clash with those of other groups. Democracy provides the only peaceful solution to this problem. In democracy no one is a permanent winner. No one a permanent loser. In a diverse country like India, democracy keeps our country together.

(i) It improves the quality of decision making. It has scope for consultation and discussion.(ii) In a Democracy conflicts are not solved by brutal force but by peaceful solutions.(iii) Even even when people/associations/ government make mistakes for a democracy allows them to correct their mistakes; and(iv)Democracy provides a forum for consultations and discussions to resolve conflicts. 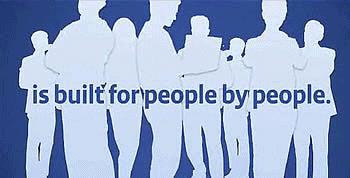 Fig: Democratic government.A democratic government is a better government as—(i) it offers better changes of a good decision;(ii) it is always likely to respect people wishes and allows;(iii) different kinds of people to live together; and(iv) even when it fails to do something for the people it allows a way of correcting its mistakes and offers more dignity to all citizens. That is why a democracy is considered the best form of government.