When a substance is placed in a magnetic field, the intensity of the magnetic field may increase or decrease depending upon the substance. There are five types of magnetism:

Superechange: When a bridging ligand facilitates the coupling of electron spins on adjacentmetal centres, the mechanism is one of superexchange. In a superexchange pathway, the unpaired electron on the first metal centre, M1, interacts with a spin-paired pair of electrons on the bridging liga nd wit h the result that the unpaired electron on M2 is aligned in an antiparallel manner wit h respect to that on M1.

μ  is expressed in Bohr magnetons (μB) where

where e is electronic charge, h is Plank’s constant and me is mass of an e–Thus magnetic moment in Bohr magnetons is

Magnetic Moment: The unpaired electron gives rise to a magnetic field because of its spin, and also because of the orbitals angular momentum. The general equation for the magnetic moments of the first row transition metal ions is:

For an electron the spin quantum no. ms is ±1/2, hence

Since S = ms . n, the magnetic moment is related to no. of unpaired electron by equation:

The spin only magnetic moment formula gives good agreement with many high spin complexes of first row elements. This is given in the following table.

But there are exceptions in some cases. For example, for Co2+, the observed value for magnetic moment is higher than calculated by the spin only formula. This suggests there is also an orbital contribution.

In the second and third row transition elements, and particularly in the lanthanide elements, the orbital motion is not prevented or quenched. Thus the orbital contribution L is included in the calculations. In some cases there is coupling between the spin contribution S and an angular contribution L (spin-orbit coupling or Russel-Saunders coupling) to give a new quantum no. J. In this case the magnetic moment is given by,

Where g is the gyromagnetic ratio and is given as

on rearranging, this becomes

Spin orbit coupling gives rise to fine structure in the absorption spectra. It splits the lower levels into a set of different levels. These levels may be populated by using thermal energy, giving rise to a temperature dependent magnetic moment.

Where C is a Constant characteristic for the particular substance and is called Curie’s constant. Thus the moment in Bohr’s magnetons is given by,

Spin Crossover: Octahedral complexes of d4, d5, d6 and d7 of first transition metal ions can eit her be high spin or low spin depending upon the magnitude of crystal ∆o and pairing energy P. When magnitude of ∆o ≈ P, the two complexes (HS and LS) have same energy and they exist in equilibrium. Spin crossover can occurs in these complexes by temperature or pressure.For example, the complex [Fe(CN)5(NH3)]3- undergoes spin crossover (LS to HS) b y applying pressure. 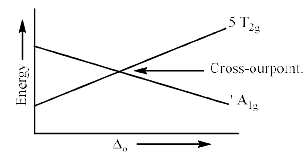 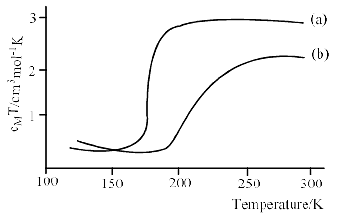 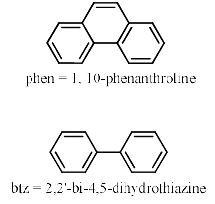