Central Government SchemesPresident Ram Nath Kovind launches welfare schemes in Rajasthan.President Ram Nath Kovind was on an official visit to Rajasthan on 13th and 14th May, 2018. This was President Kovind’s first trip to Rajasthan as head of the nation.i. On 13 May, 2018: President Ram Nath Kovind launched Bhairon Singh Shekhawat Antyoday Swarojgar Yojana, Sundar Singh Bhandari EBC (economically backward class) Swarojgar Yojana and Rin Maufi Yojna of Rajasthan State Government.ii. Bhairon Singh Shekhawat Antyoday Swarojgar Yojana: loans of up to Rs 50000 on 4% cent interest will be given to Scheduled Castes (SC), Scheduled Tribes (ST) and Other Backward Class (OBC) families for self-employment.iii. Sundar Singh Bhandari EBC (economically backward class) Swarojgar Yojana: a loan of Rs 50000 on 4% interest will be given to economically backward families of the general category.iv. Rin Maufi Yojna: loan waiver scheme of up to Rs 50000 to SC, ST, OBC, sweepers and ‘divyang’.Smt Smriti Irani Chairs Meeting of Stakeholders on ‘Samarth’- Scheme for Capacity Building in Textile SectorOn 14th May, a meeting on the the Samarth scheme was held in New Delhi . The meeting was chaired by Union Textile minister Smt. Smriti Zubin Irani.i. The various challenges faced by the stakeholders from the previous scheme were also addressed and the feedbacks on the concerned potential and benefits of the scheme to the betterment of textile sector were also discussed.ii. The main objective of the scheme being to provide skill training to the youth for gainful and sustainable employment in the textile sector excluding spinning and weaving.Samarth Scheme:Inaugurated on 20th December 2017, the scheme intends to provide demand driven placement and sustainable employment of the National Skills Qualification Framework (NSQF) under the Skill India Mission and to create jobs in the textile sector. The scheme targets to train 10 lakh persons (9 lakh in organised and 1 lakh in traditional sector) over a period of 3 years( 2017-20), with an outlay of Rs. 1300 crore. The guidelines of the scheme were released on 23rd of April 2018.SC approves Centre’s draft Cauvery management schemeOn May 18, 2018, Supreme Court approved Central Government’s draft Cauvery Management Scheme aimed at ensuring smooth distribution of water among Karnataka, Tamil Nadu, Kerala and Puducherry.i. Supreme Court in its verdict delivered on February 16, 2018 had asked the Centre to frame the Cauvery management scheme, which would deal with the issue of water share of the four states in different circumstances like normal and deficient water years in the Cauvery river basin.ii.However, Supreme Court asked Centre to make suitable changes pertaining to this provision as it was not in consonance with its judgement on the matter.iii. In context of this news, it is important to note that Supreme Court rejected the suggestions of Karnataka and Kerala governments for the scheme, terming them as “devoid of merits” and also dismissed Tamil Nadu’s plea seeking initiation of contempt against the Centre for non-finalisation of Cauvery scheme.UJALA scheme: EESL distributes over 30 crore LED bulbs across the countryi. On May 21, 2018, State run EESL (Energy Efficiency Services Limited ) has announced that it has distributed over 30 crore LED bulbs across the country under government’s UJALA scheme.ii. The distribution of LED bulbs has helped in saving energy of over 38,952 KWh annually amounting to Rs 15,581 crore.The UJALA scheme was launched by the Prime Minister of India in January 2015 with an aim to distribute energy efficient LED light bulbs and reduce carbon emission by 33 to 35 percent within 2030.iii. India's share in the global LED market has increased to 12 per cent from a mere 0.1 percent, with the penetration of LED in the domestic market rising to 10 percent from 0.4 percent. With this scheme EESL has avoided more than 7500 MW generation of extra electricity resulting in drop of price of LED bulbs.Prakash Javadekar launches Samagra Shiksha scheme for school educationOn May 25,2018, The Union Minister of Human Resources and Development Mr. Prakash Javedekar launched the “ Samagra Shiksha “scheme .This scheme is targeted towards providing education from pre-school till class 12.Salient Features of Samagra Shiksha scheme :This scheme promises to increase the budgetary allotment for school education by 20% for the upcoming year.

This scheme will consist of the three components considered earlier for school education.They are : Sarva Shiksha Abhiyan (SSA),Rashtriya Madhyamik Shiksha Abhiyan (RMSA) and Teacher Training.The budget has been enhanced for school education from Rs 28000 crore from 2017-18 to Rs 34000 crore from 2018-19. And it would be further increased to Rs. 41000 crore in 2019- 2020.The number of schools to be benefited by this scheme is : Rs. 11,50,000.The amount granted will be : Rs 5000 for primary, Rs 10000 for upper primary & Rs. 25000 for SSC and HSC schools.Another scheme called “ Kasturba Gandhi Balika Vidhyalaya Scheme “ has been extended from class 6-8 to class 6-12 for providing educational and hostel facilities to the girl child from disadvantageous sections of society.An annual grant of Rs 5000 to Rs 20000 would be given for strengthening libraries of the schools.About Sarva shiksha Abhiyan:This scheme has been operational since 2000-01 by the then PM Atal Bihari Vajpayee. IT aims to provide universal primary and elementary education to every child of the age group of 6-14 years as mandated by the 86th amendment of the constitution of India.About Rashtriya Madhyamik Shiksha Abhiyan :This scheme was launched in 2009 and it aims to enhance the registration of students for secondary education from 52% to 75% and to ensure proper educational opportunities given to students belonging to age group of 15-16 years.SC approves scheme to grant compensation to rape & acid attack victimsOn May 11, 2018, Supreme Court of India approved “Compensation Scheme for Women Victims/Survivors of Sexual Assault/other crimes”, a scheme for mandatory grant of compensation to victims of sexual assault and acid attack.i. Under the scheme, a compensation fund will be set up and it would be managed by State Legal Services Authority(SLSA).ii. Compensation for gang-rape victim will be in the range of Rs 5 lakh to Rs 10 lakh, minimum compensation of Rs 4 lakh is to be paid in case of rape or unnatural sexual assault while for acid attack victims minimum compensation will be Rs 7 lakh for total disfigurement and Rs 5 lakh in case of 50% burns.iii. Most important feature of the scheme is that, grant of monetary relief is not linked with the trial in such cases and the victim can approach the State or District Legal Services Authority for compensation immediately after the incident.Pradhan Mantri Swasthya Suraksha Yojana (PMSSY) approved beyond 12th Five Year PlanThe Union Cabinet chaired by Prime Minister Narendra Modi approved the continuation of Pradhan Mantri Swasthya Suraksha Yojana (PMSSY) beyond 12th Five Year Plan for a period 2017-18 to 2019-20 with a cost of Rs 14,832 crores.i. Union Health Minister J P Nadda, said that PMSSY aims to correct regional imbalances in the availability of affordable tertiary healthcare services and to expand facilities for quality medical education in India.ii. He said that, the same number of posts will be created for a 960 bedded hospital for the new AIIMS that are set up through PMSSY. He added that each new AIIMS will add 100 UG (MBBS) and 60 B.Sc (Nursing) seats, 15-20 Super Specialty Departments and 750 hospital beds.34th meeting of the Central Sanctioning and Monitoring Committee approves sanction of 1.5 lakh new houses under PMAY(U) in various statesOn May 31,2018, the 34th meeting of the Central Sanctioning and Monitoring took place in New Delhi. In this meeting the approval for construction of new 1.5 lakh affordable houses took place.i. The beneficiaries of new and affordable houses will be urban poor and is taken under Pradhan Mantri Awas Yojna (Urban).ii. It has an investment of Rs 7227 crore with central assistance of Rs 2209 crore.iii. With the inclusion of new 1.5 lakh the total number of houses under PMAY(U) is 47,52,751 houses.State Government SchemesTelangana CM launches investment support scheme for farmersOn May 10, 2018, Telangana Chief Minister K Chandrasekhar Rao launched 'Rythu Bandhu' (friend of farmers), an investment support scheme for farmers.More information about Telangana Government’s 'Rythu Bandhu' Scheme:i. This scheme is claimed to be the first such initiative among all states of India.ii. Under 'Rythu Bandhu' Scheme, all farmers in Telangana who own land, will be provided investment support of Rs 8000 per acre per year.iii. This scheme has been rolled out with budgetary allocation of Rs 12000 crore for 2018-19.iv. However, 'Rythu Bandhu' Scheme has not been extended to tenant farmers.Telangana CM announces employee welfare schemes:On May 16, 2018, Telangana Chief Minister K Chandrashekar Rao announced setting up of a newPay Revision Commission (PRC) for government employees.i. Telangana Government will be giving special allowances to employees working in remote areas. Mr. Rao added that all benefits accruing to Retired Employees will be sanctioned 100% and implemented by the day an employee retires.ii. He also announced that women employees will be given special leave of five days and Teachers in the state will get good pay revision in coming days.Telangana government announces unique life insurance scheme for farmers:On 25th May 2018, Telangana Chief Minister Chandra Sekhara Rao announced a unique life insurance scheme for farmers, in Hyderabad.i. As per the scheme, the government will offer life insurance facility of 5 lakh rupees to the nominee, after the death of the insured farmer.ii. The total premium will be paid by the government to the insurance agency. The nominee will receive the amount within 10 days of placing the claim after the farmer’s death.iii. Irrespective of the reason of the farmer’s death, the dependent family will receive the benefit.Delhi cabinet gives in principle approval for procuring 1k buses under cluster scheme:On 18th May, The Delhi cabinet gave their approval for procuring 1000 CNG run standard floor buses under cluster scheme.i. Each bus will have three internet protocol (IP) cameras, panic buttons, in-built GPS and anti skid features. The Delhi government acquired 1000 buses for Rs 276 crore. A total of 11000 buses will be acquired, 5500 buses each for DTC and cluster scheme of the Delhi government.Haryana Government will launch the ‘Chatra Parivahan Suraksha Yojana’On 19th May 2018, Haryana Chief Minister Mr Manohar Lal Khattar said that, ‘Chatra Parivahan Suraksha Yojana’, developed for the safety of girl students will be launched in Haryana. He said that, women representation in police force has been increased from 6 % to 9 %. 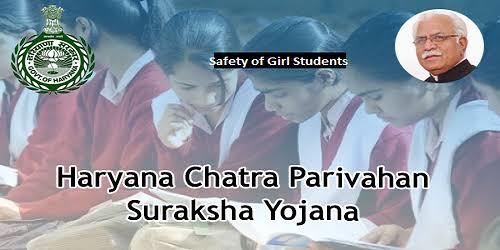 Maharashtra govt introduces new scheme to help landless labourers:Maharashtra Government has launched a new scheme to help the landless labourers from the Scheduled Castes to acquire agricultural land.i. Now the landless labourers from the Scheduled Castes can purchase acres of rainfed agricultural land or two acres of irrigated land by paying only 5 % of the cost.ii. The previous Dadasaheb Gaikwad empowerment of scheduled caste landless labourers scheme was offering 50 % subsidy. It was not adequate and benefited only 5000 landless labourers from SCs in Maharashtra.J-K govt approves scheme for placement of JKPS officers in higher scale:On May 12, 2018, Jammu and Kashmir State Cabinet chaired by Chief Minister Mehbooba Mufti, approved a notification of the non-functional (monetary) scheme (NFS) and its implementation for members of the general executive cadre of the Jammu and Kashmir Police Service (JKPS).i. This scheme seeks placement of Jammu and Kashmir Police Service (JKPS) officers in higher scales.ii. As per the scheme, a junior scale JKPS officer, in the pay band of Rs 9300-34800 with Grade Pay (GP) of Rs 4800 with 10 years in the junior scale will be eligible for placement in the time scale (non-functional) of Rs 15600-39100 with GP of Rs 6600 after assessment by the selection committee.iii. Similarly, a time scale JKPS officer with four years service will be eligible for placement in the selection grade-II (non-functional) of Rs 15600-39100 with a grade pay of Rs 7600 after assessment.iv. This scheme shall be effective, retrospectively from January 1, 2018.