The document Meaning and Types Of Markets (Part - 2) CA CPT Notes | EduRev is a part of the CA CPT Course Business Economics for CA Foundation.
All you need of CA CPT at this link: CA CPT

CONCEPTS OF TOTAL REVENUE, AVERAGE REVENUE AND MARGINAL REVENUETotal Revenue: If a firm sells 100 units for ₹ 10 each, what is the amount which it realises? It realises ₹ 1,000 (100 x 10), which is nothing but the total revenue for the firm. Thus, we may state that total revenue or the total expenditure incurred by the purchasers of the firm’s product refers to the amount of money which a firm realises by selling certain units of a commodity. Symbolically, total revenue may be expressed as TR = P x QWhere,TR is total revenueP is priceQ is quantity of a commodity soldThis may be represented by the following diagrams. In figure A, when the product of the price is ₹ 30, the quantity sold is 40 units. The total revenue is P x Q = ₹ 1200. Panel B shows the total revenue curve of a competitive firm having a perfectly elastic demand curve. Since the firm can sell any quantity at market determined prices, the TR curve is linear and starts from the origin. The TR curve of a firm which has a downward sloping demand curve is shown in figure 2. 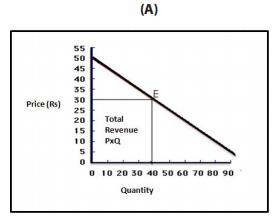 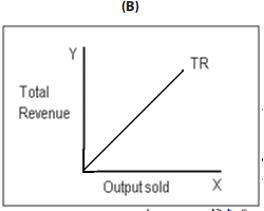 Note that the total revenue is maximum when 5 units of X are sold. It stays constant for one more unit and then begins to fall. Average revenue keeps on falling showing inverse relationship between price and quantity demanded. It represents demand function of X to the firm. Marginal revenue keeps on falling and after becoming zero it becomes negative. Also note that TR at any particular level of output is the sum of marginal revenues till that level of output. 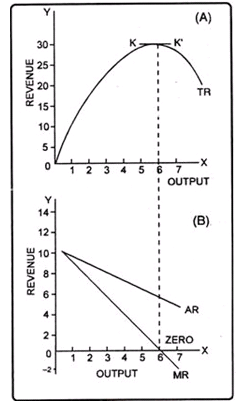 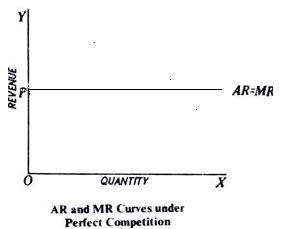 RELATIONSHIP BETWEEN AR, MR, TR AND PRICE ELASTICITY OF DEMANDIt is to be noted that marginal revenue, average revenue and price elasticity of demand are uniquely related to one another through the formula:

Where e = price elasticity of demand 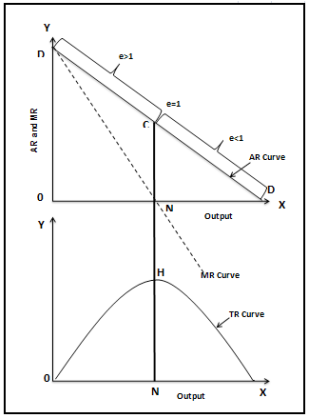 BEHAVIOURAL PRINCIPLESPrinciple 1- A firm should not produce at all if its total variable costs are not met.It is a matter of common sense that a firm should produce only if it will do better by producing than by not producing. The firm always has the option of not producing at all. If a firm’s total revenues are not enough to make good even the total variable costs, it is better for the firm to shut down. In other words, a competitive firm should shut down if the price is below AVC. In that case, it will minimise loss because then its total cost will be equal to its fixed costs and it will have an operating loss equal to its fixed cost. The sunk fixed cost is irrelevant to the shutdown decision because fixed costs are already incurred. This means that the minimum average variable cost is equal to the shut-down price, the price at which the firm ceases production in the short run. Shutting down is temporary and does not necessarily mean going out of business.If price (AR) is greater than minimum AVC, but less than minimum ATC, the firm covers its variable cost and some but not all of fixed cost. If price is equal to minimum ATC, the firm covers both fixed and variable costs and earns normal profit or zero economic profit. If price is greater than minimum ATC, the firm not only covers its full cost, but also earns positive economic profit or super normal profit.Principle 2 - The firm will be making maximum profits by expanding output to the level where marginal revenue is equal to marginal cost. In other words, it will pay the firm to go on producing additional units of output so long as the marginal revenue exceeds marginal cost i.e., additional units add more to revenues than to cost. At the point of equality between marginal revenue and marginal cost, it will earn maximum profits.The above principle can be better understood with the help of figure 5 which shows a set of hypothetical marginal revenue and marginal cost curves. Marginal revenue curve slopes downwards and marginal cost curve slopes upwards. They intersect each other at point E (MC= MR) which corresponds to output Q.* Up to Q* level of output, marginal revenue is greater than marginal cost and at output level *Q they are equal. The firm will be maximizing profits at E (or at Q* level of output). For all levels of output less than Q*, additional units of output add more to revenue than to cost (as their MR is more than MC) and thus it will be profitable for the firm to produce them. The firm will be foregoing profit equal to the area EFG if it stops at A. Similarly profits will fall, if a greater output than OQ is produced as they will add more to cost than to revenues. On the units from Qth to Bth, the firm will be incurring a loss equal to the area EHI. 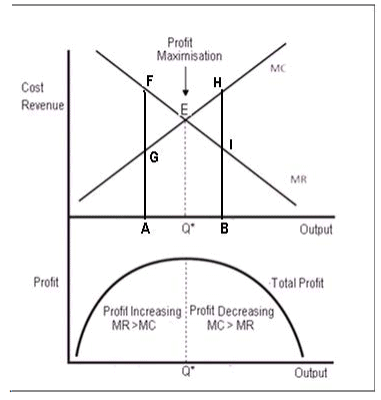 Fig: 5: Equilibrium of the Firm: Maximization of Profits To conclude, the firm will maximize profits at the point at which marginal revenue is equal to marginal cost.