Economics is a phenomenon taking place under our eyes everywhere.Hence, with economics having its firm roots in every walk of life, it becomes fairly important to explore this field of study.

Let’s us explore in the following sections the world of microeconomics and understand how the market is affected by various factors, how prices go on a rollercoaster sometimes, how are individual output and individual income perceived in the microworld of economics etc.

You must have observed the hustle and bustle happening around you in factories, institutions, organizations etc. All these individual units collectively comprise of the entity termed as an economy. These building blocks of an economy provide people with ample opportunities to earn a livelihood to sustain themselves and also produce goods and services for the requirement of other individuals(i.e. their contribution to the economy).

Therefore the economy is a system that provides people opportunities and means to sustain themselves, earn a livelihood and make use of the available resources to produce goods and services which in turn help in sustaining the economy.

There is a need for economics because human wants can never be satisfied completely. Take, for example, you want to buy a product and you allocate your funds to satisfy that want. As soon as that want is satisfied, a new want will emerge and you would wish to satisfy that new want now.

But an individual cannot satisfy his/her all wants because of the scarcity of resources. Consequently, the subject matter of economics focuses upon selection of scarce resources in such a way that maximum wants are satiated and optimum satisfaction is generated.

The Two Strands of Economic Theory

The term micro means small. Hence microeconomics focuses on individual building blocks of the economy. The subject matter here is concerned with the individual units in an economy, like the market demand for the particular product. It applies economic concepts at the smallest levels of the economy and as a result, increases our understanding of the functioning of an economy.

For example, it deals with the price of a commodity, supply of a product etc. These two forces govern all the processes that microeconomic theory deals with. It assumes that all macroeconomic variables like national income, savings, etc are constant. The most important tools in the microeconomic toolbox are – demand and supply.

Central Problems of the Economy

The economic problem (scarcity of resources in comparison to unlimited human wants) results in some basic problems that every economy faces. Every economy has to choose as to how to allocate these scarce resources for fulfilment of wants. The three central problems of an economy are :

Resources are scarce in nature and they also have various alternate uses. Hence an economy needs to decide the wants that it needs to fulfil and in this process allocate the resources for the fulfilment of the chosen wants. When an economy decides to allocate a resource towards one want, it does so by sacrificing another want, that is, it chooses between various alternates for the ultimate goal of maximum satisfaction.

More of one good generally means less of other good. After it selects the commodities to be produced, the economy has to further decide the quantity in which the chosen good have to be produced.

Goods and services can be produced by employing various techniques. It involves selection of the combined inputs to produce commodities. The techniques of production can be classified generally as –

For whom to produce

This problem is focused on the selection of people for whom goods and services should be produced ( who will ultimately consume the produced commodities). This problem is concerned with the distribution of income among the factors of production.

For example, let us assume you have 10 rupees and you want to buy an ice cream and a cold drink. But you can afford to buy only one of the two products. Suppose you choose to buy an ice cream. Then the opportunity cost of your decision will be the foregone satisfaction from a bottle of cold drink. 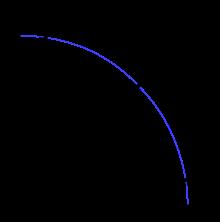 There are a lot of resources, which can be put to alternate uses and can be allocated to produce an arsenal of various goods and services. Also, there can be infinite combinations of all these goods possible. Hence, economists, in order to demonstrate the concept of PPF, assumed a very basic economy with only two types of goods.

A production possibility frontier is a graphical representation, which displays the various combinations of two commodities taken that can be produced by employing given resource and technology. It helps in deciding the optimum and feasible combinations.

Solved Example for You

Q: What does the slope of PPF indicate?