Lorentz force is the force exerted on a charged particle moving through both electric and magnetic field. 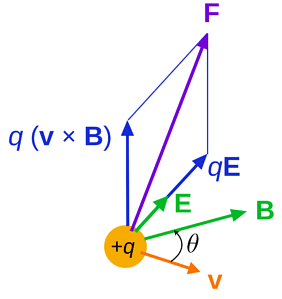 In a vacuum where collisions between particles are not very frequent, a particle with charge q, mass m, and velocity v perpendicular to a uniform magnetic field B (no E) moves in a circular path with the radius 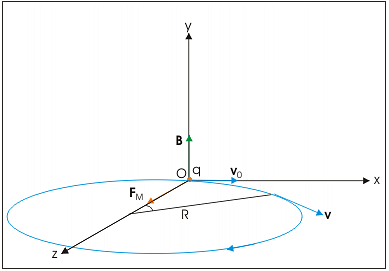 The circular motion of a charged particle in the magnetic field

The motion in a plane perpendicular to B is as before a circular one, thereby producing a helical motion. However, the electric field in y-direction imparts acceleration in that direction. The particle, therefore, acquires velocity in the y-direction and resulting motion is a helical motion. 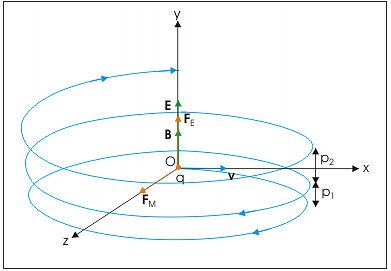 The motion of a charged particle in both electric and magnetic fields. Resulting motion is a helical motion with increasing pitch

The radius of each of the circular element and other periodic attributes like time period, frequency and angular frequency is same as for the case of circular motion of a charged particle in perpendicular to magnetic field.

Some of the important applications associated with the presence of the two fields include:

Ques: A charged particle moves in a gravity-free space without the change in velocity. Which of the following is/are possible?

The document Motion in Combined Electric & Magnetic Fields Notes | Study Physics Class 12 - NEET is a part of the NEET Course Physics Class 12.
All you need of NEET at this link: NEET
Join Course