Digestion and absorption chapter carries 2-3% weightage in NEET and is a very important topic for NEET aspirants.

EduRev is providing detailed NCERT based notes on the topic Alimentary canal: Mouth, Pharynx and Oesophagus of “Digestion and Absorption” in this document.

To perform various functions of the body, energy is required, which is obtained from food. The process of conversion of complex food material into simple and diffusible forms by hydrolysis is termed as Digestion. 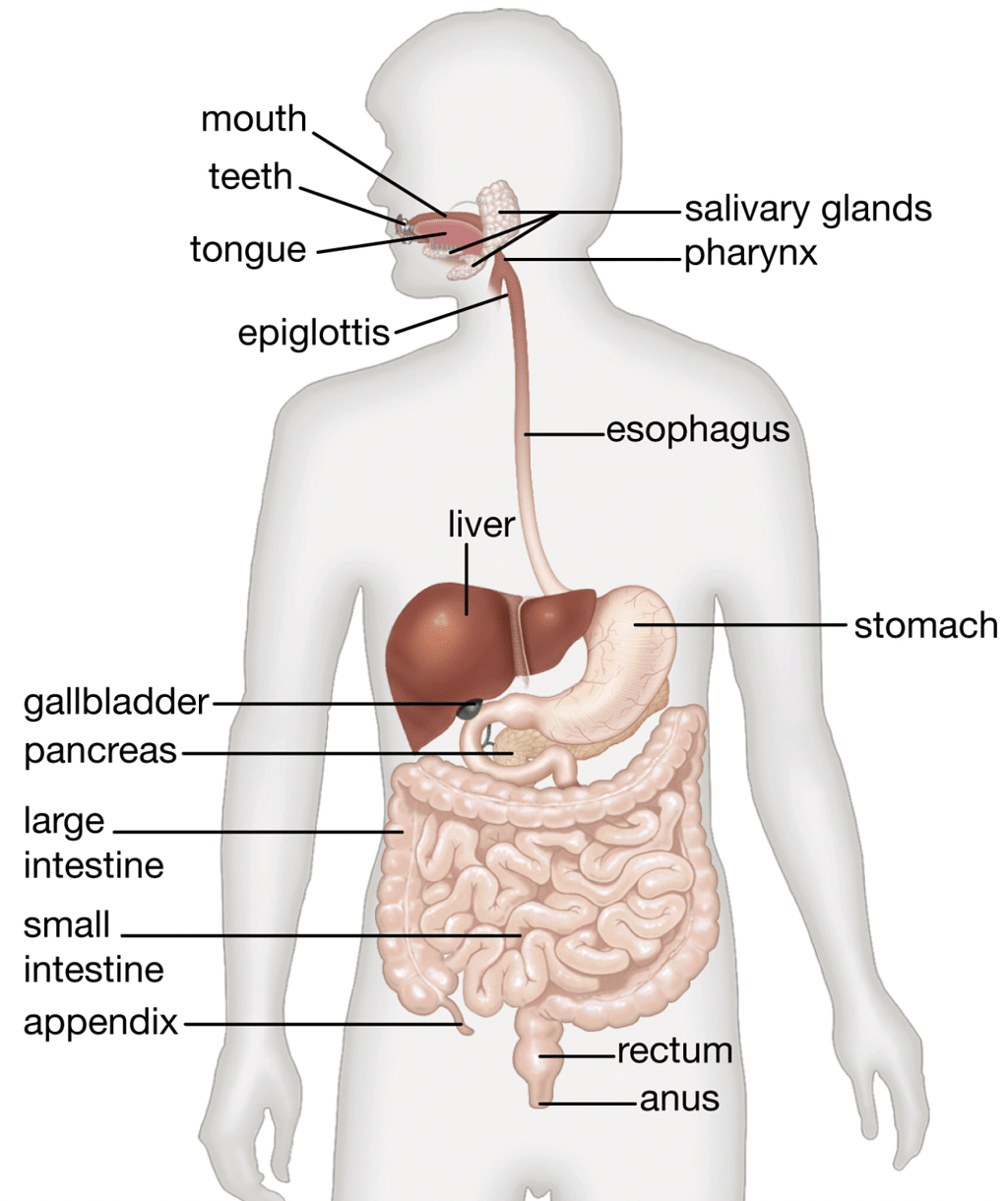 The alimentary canal is mainly referred to as the pathway by which food enters our body and moves out through the anus after digestion. It is a tube-like structure that starts from the mouth and ends in the anus.

Question for Alimentary Canal: Mouth, Pharynx & Oesophagus
Try yourself:The pathway by which food enters our body and exits through anus after digestion is called as?
Explanation

Digestive system is the pathway through which food enters our body and exits through anus after digestion.

The following flowchart will show parts of Alimentary Canal: 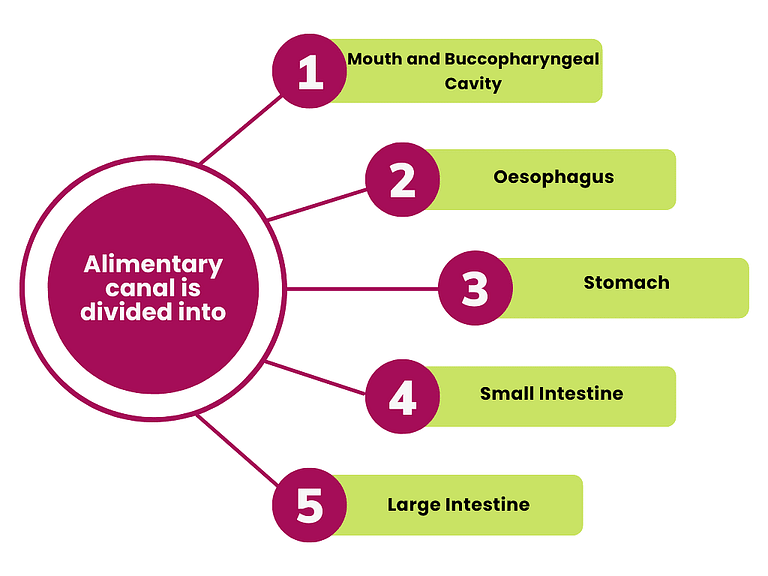 Different Parts of the Buccal Cavity

It is the main sense organ of human beings and is involved in:

The pharynx is the common passage of the respiratory system and digestive system located in the throat. It connects the mouth to the oesophagus and the nose to the larynx. Food and water from the oral cavity and air from both the oral and nasal cavity comes to the pharynx. The pharynx is present in vertebrates and also in invertebrates such as annelids, arthropods, etc. 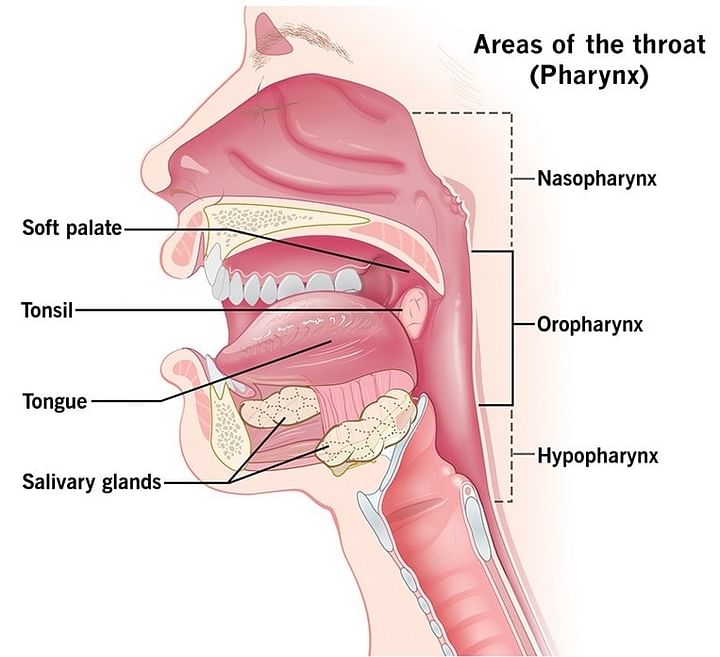 The pharynx can be divided into three main regions according to its location. They are: 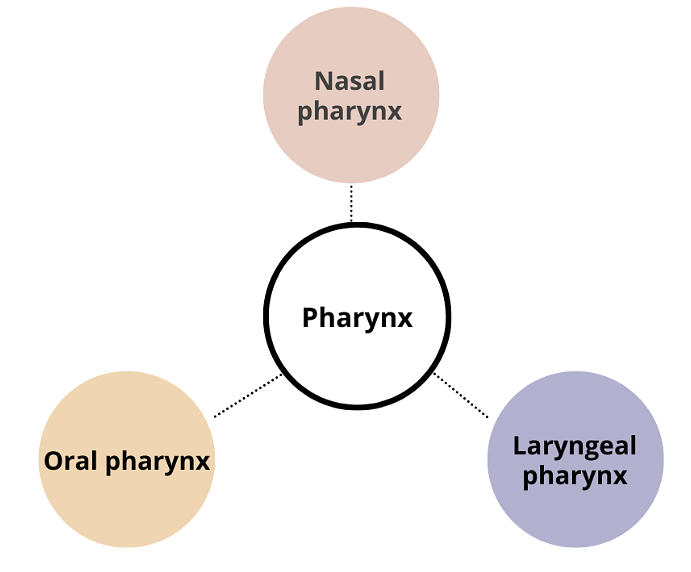 The main features of the pharynx are:

The upper portion of the pharynx, the nasopharynx, extends from the base of the skull to the upper surface of the soft palate. It includes the space between the internal nares and the soft palate and lies above the oral cavity.

Hence, the correct option is A

Bored of reading and want to learn the concepts by watching a video? Refer this video for detailed explanation of Alimentary Canal:Alimentary Canal: Digestion & Absorption

The pharynx performs a dual function. It allows passage for both air and food.

The main functions of the pharynx are:

The food we swallow passes through a pipe that leads to the stomach. This pipe is known as the food pipe or the oesophagus. Food reaches the stomach from the pharynx through peristaltic contractions. 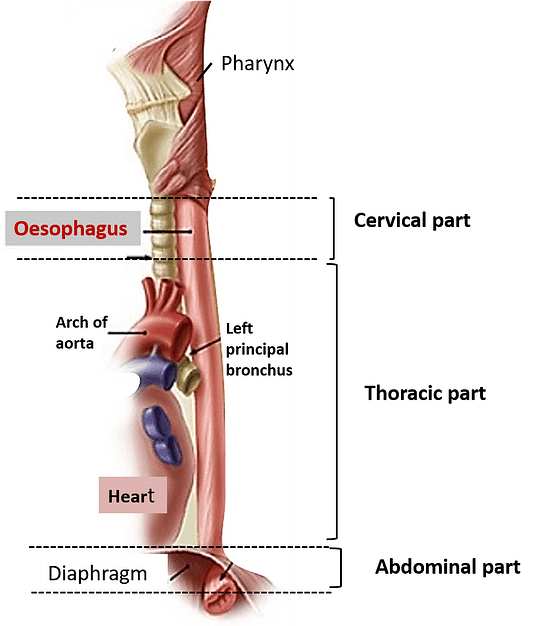 What is a Food Pipe?

The oesophagus is a muscular tube connecting the throat with a stomach. It is about 8 inches long.

The food pipe or oesophagus is divided into the following layers: 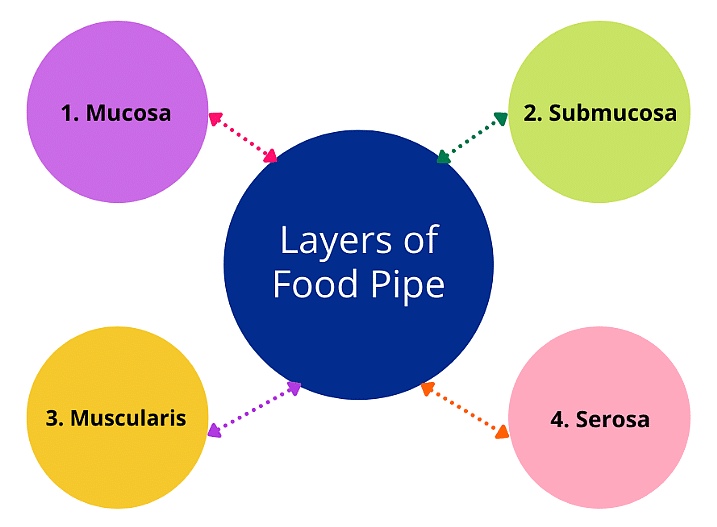 The food pipe or oesophagus performs the following important functions:

Care needs to be taken about the health of the oesophagus or food pipe as negligence can cause severe disorders in the food pipe. One such ailment of the food pipe is Oesophageal cancer.

There are three parts of the tooth. These are: 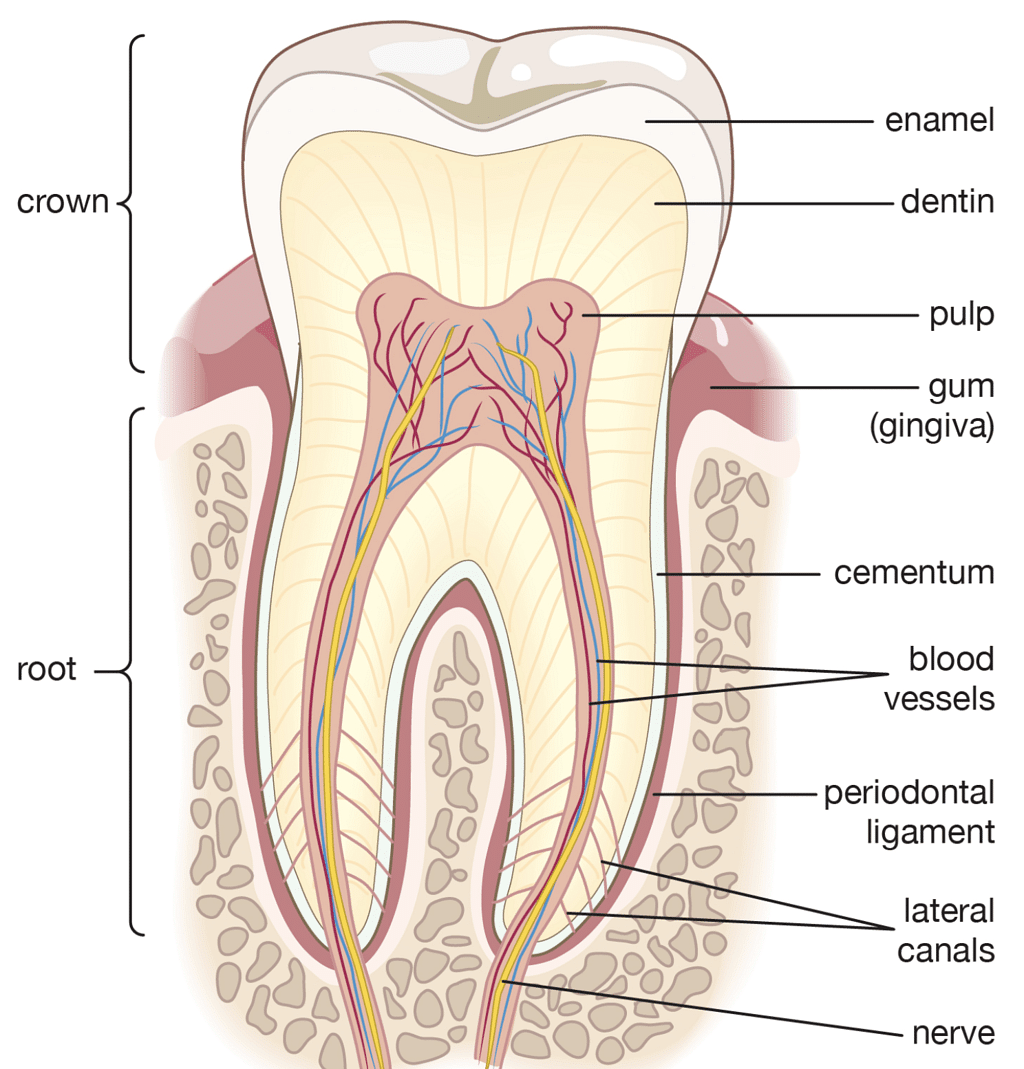 Hence, the correct option is A

Types of Teeth Found in Mammals 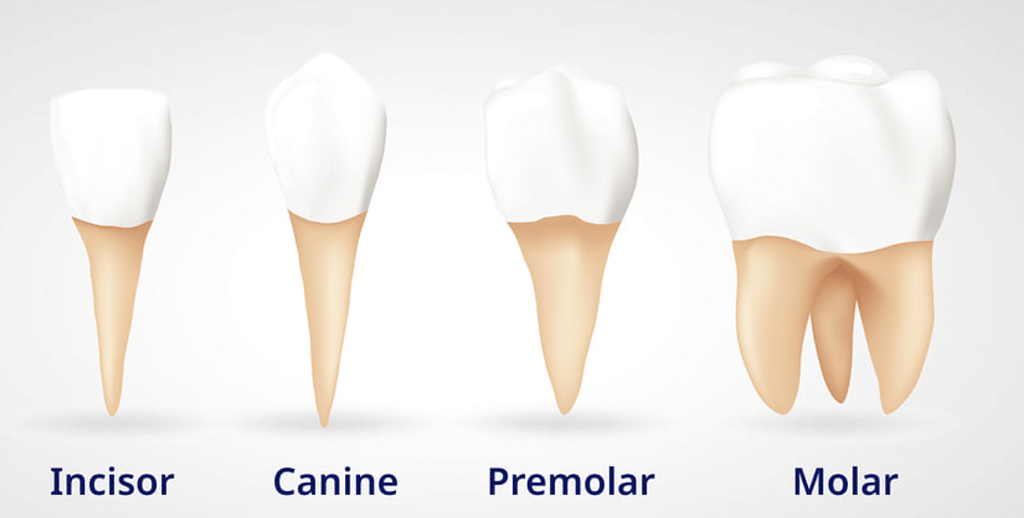 1. Incisor: These are long, chisel-like teeth for gnawing the food. They are more developed in gnawing animals.

3. Pre Molar: These teeth are meant for chewing and crushing food, they are triangular in shape.

Types Of Teeth on Different Basis

1. On the Basis of Appearance in Life

2. On the Basis of Position From Jaw

3. On the Basis of Structure and Function

Question for Alimentary Canal: Mouth, Pharynx & Oesophagus
Try yourself:When teeth are embedded in the jaw bone, it is called
Explanation

The method of expressing or describing the total number of teeth in man and animals according to the arrangement is termed as the Dental Formula. This formula is expressed using letters and figures. The letters used in this formula are based on the 4 types of teeth like– Incisor, Canine, Premolar, and Molar.

The Dental Formula is expressed as:

Among all other mammals, both humans and apes have similar sets of teeth and dental formulae.

You can test your knowledge with related questions that have been asked in NEET:

Correct Answer is Option (d)The crypts of Lieberkuhn lie between the finger-like projections of the small intestine called villi. - The cells of these glands are called paneth cells, which secrete antibacterial lysozyme.

Correct Answer is Option (a)Enamel is ectodermal. It is secreted by Ameloblast cells of the ectoderm.

You can now check your understanding of this topic by giving this test:

The document Alimentary Canal: Mouth, Pharynx & Oesophagus Notes | Study Biology Class 11 - NEET is a part of the NEET Course Biology Class 11.
All you need of NEET at this link: NEET
Join Course