What Are Mutually Exclusive Events?

How Do You Calculate Mutually Exclusive Events?

Some of the examples of the mutually exclusive events are:

How Do You Show Mutually Exclusive Events? 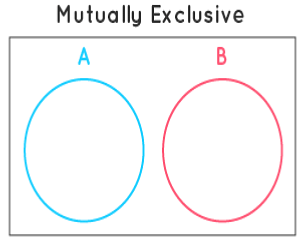 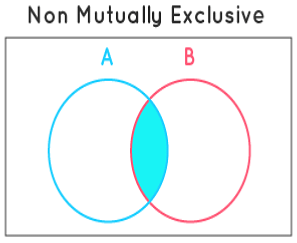 Do Mutually Exclusive Events Add up to 1?

There are different varieties of events also. For instance, think of a coin that has a Head on both sides of the coin or a Tail on both sides. It doesn’t matter how many times you flip it, it will always occur Head (for the first coin) and Tail (for the second coin). If we check the sample space of such an experiment, it will be either {H} for the first coin and {T} for the second one. Such events have single point in the sample space and are called  “Simple Events”. Such kind of two sample events is always mutually exclusive events.

Let us redefine the above equation using multiplication rule: P (A ∩ B) = 0

So the conditional probability formula for mutually exclusive events is: