The document Chapter Notes - Perimeter and Area Class 7 Notes | EduRev is a part of the Class 7 Course Mathematics (Maths) Class 7.
All you need of Class 7 at this link: Class 7 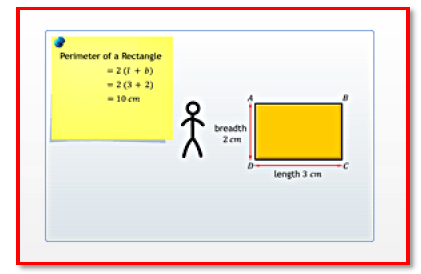 The area of the parallelogram is given by base x height. 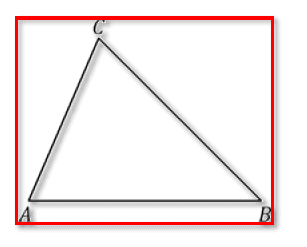 A triangle is a polygon with three vertices, and three sides or edges that are line segments. A triangle with vertices A, B, and C is denoted as ABC

The perimeter of a triangle is the sum of the lengths of its sides. If the three sides are a, b, and c, then perimeter 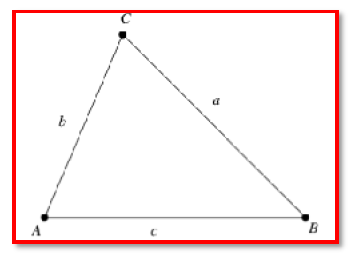 The area of a triangle is the space enclosed by its three sides. It is given by the formula,

where b is the base and h is the altitude.

A simple closed figure bounded by four line segments is called a quadrilateral. A rectangle is a quadrilateral with opposite sides equal, and each angle of measure 90o.

The area of a rectangle is the product of its length and breadth.In the figure, the area of rectangle ABCD = AB x BC. 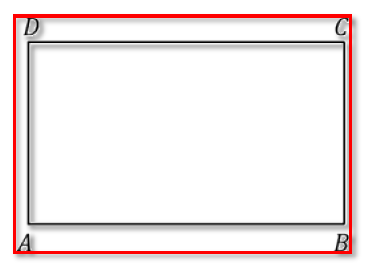 A square is a quadrilateral with four equal sides, and each angle of measure 90o.

The perimeter of a square with side s units is 4s.

The area of a square with side s is s2 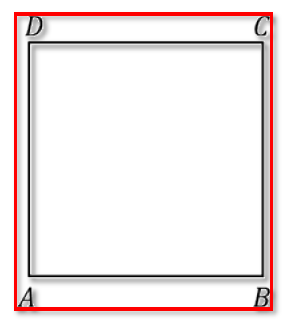 A quadrilateral in which both the pairs of opposite sides are parallel is called a parallelogram.

The perimeter of a parallelogram is twice the sum of the lengths of the adjacent sides.

In the figure, the perimeter of parallelogram ABCD = 2(AB + BC)

The area of a parallelogram is the product of its base and perpendicular height or altitude.

Any side of a parallelogram can be taken as the base. The perpendicular dropped on that side from the opposite vertex is known as the height (altitude).

In the figure, the area of parallelogram ABCD = AB x DE or AD x BF.

A parallelogram in which the adjacent sides are equal is called a rhombus.

The perimeter and area of a rhombus can be calculated using the same formulae as that for a parallelogram. 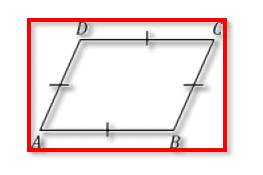 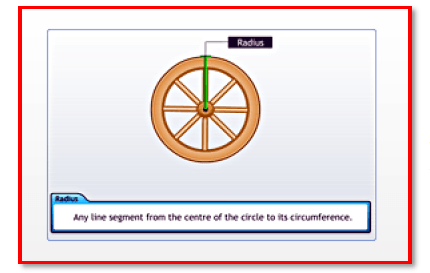 A circle is defined as a collection of points on a plane that are at an equal distance...

A circle is defined as a collection of points on a plane that are at an equal distance from a fixed point on the plane. The fixed point is called the centre of the circle.

The distance around a circular region is known as its circumference.

Any straight line segment that passes through the centre of a circle and whose end points are on the circle is called its diameter.

Any line segment from the centre of the circle to its circumference. 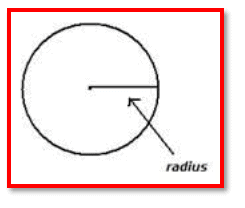 Circumference of a circle =  2πr, where r is the radius of the circle or , where πd is the diameter of the circle.

Π is an irrational number, whose value is approximately equal to .

Circles with the same centre but different radii are called concentric circles.

The area of a circle is the region enclosed in the circle.

The area of a circle can be calculated by using the formula:

if radius r is given•

if diameter D is given•

if circumference C is given