The document Chapter Notes - Data Handling Class 7 Notes | EduRev is a part of the Class 7 Course Mathematics (Maths) Class 7.
All you need of Class 7 at this link: Class 7 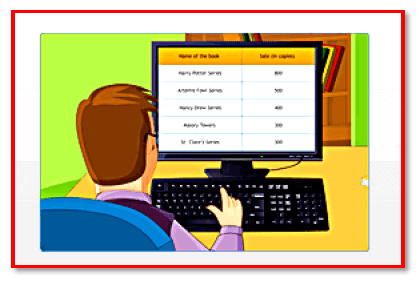 A bar graph is the representation of data using rectangular bars of uniform width, and with their lengths depending on the frequency and the scale chosen. The bars can be plotted vertically or horizontally. You can look at a bar graph and make deductions about the data.

Graphs can also be used for comparative analysis. Arithmetic mean is a number that lies between the highest and the lowest value of data.

Arithmetic mean is a number that lies between the highest and the lowest value of data.

That we need not arrange the data in ascending or descending order to calculate arithmetic mean.