The document Chapter Notes - Basic Geometrical Ideas Class 6 Notes | EduRev is a part of the Class 6 Course Mathematics (Maths) Class 6.
All you need of Class 6 at this link: Class 6

Points, Lines and Curves:The most practical branch of mathematics is geometry. The term 'geometry' is derived from the Greek word 'geometron'.

The most practical branch of mathematics is geometry. The term 'geometry' is derived from the Greek word 'geometron'. It means Earth's measurement. The fundamental elements of geometry are given below:Point:In geometry, dots are used to represent points. A point is used to represent any specific location or position. It neither has any size, nor dimensions such as length or breadth. A point can be denoted by a capital letter of the English alphabet. Points can be joined in different ways.Line segment:A line segment is defined as the shortest distance between two points. For example, if we mark any two points, M and N, on a sheet of paper, then the shortest way to join M to N is a line segment. It is denoted by Points

are called the end points of the line segment.

Line:A line is made up of an infinite number of points that extend indefinitely in either direction. For example, if a line segment from M to N is extended beyond M in one direction and beyond N in the other, then we get a line, MN. It is denoted by

A line can also be represented by small letters of the English alphabet.

Ray:A ray is a portion of a line. It starts at one point and goes on endlessly in one direction. For example, if a line from M to N is extended endlessly in the direction of N, then we get a ray, MN. It is denoted by

and can be read as ray MN.

Plane:A plane is said to be a very thin flat surface that does not have any thickness, and is limitless. For example, this sheet is said to plane PQR. An infinite number of points can be contained within a plane. 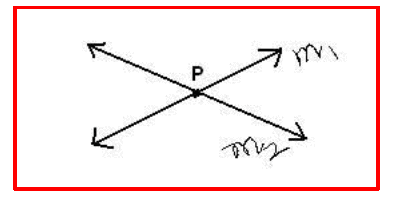 Curves:Curves can be defined as figures that flow smoothly without a break. A line is also a curve, and is called a straight curve. Curves that do not intersect themselves are called simple curves. The end points join to enclose an area. Such curves are called closed curves. For example, (i), (ii) and (iii) are simple curves, whereas (iv) and (v) are closed curves. 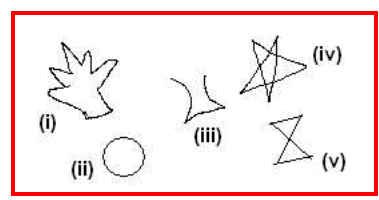 For a closed curve, we can identify three regions:

•  Boundary of the curve. Here, point P is on the circle. 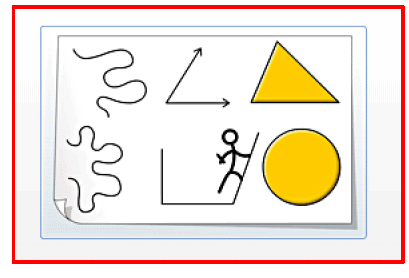 An unknown quantity can be represented by a variable
Simple open curves made up of only two lines are called angles. Simple closed curves made up of more than two lines are called polygons. A circle is a simple closed curve formed by a point moving at the same distance from a fixed point.Curves:Figures that can be drawn without lifting the pencil from the paper and without the use of a ruler are called curves. Curves that do not cross themselves are called 'simple curves'. In the diagram here, (i), (ii), (iv) and (v) are simple curves, while (iii) is not a simple curve. Also, (i), (iii), (iv) are examples of closed curves, while (ii) and (v) are examples of open curves. 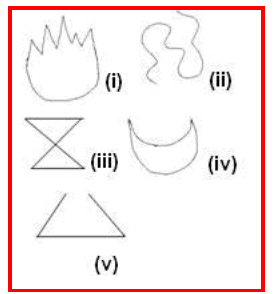 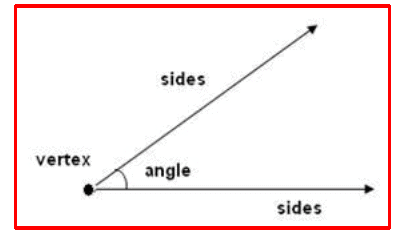 The triangle in the diagram is called ΔABC . Here, points A, B and C are the vertices.

are the sides, and ∠ ABC, ∠BCA and ∠CAB , and are the angles of the triangle. 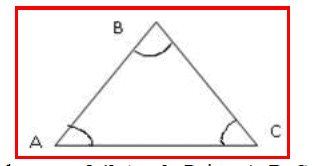 A four-sided polygon is said to be a quadrilateral. Points A, B, C and D are the vertices.

are the sides, and ∠A, ∠B, ∠C and ∠D, and are the angles of quadrilateral ABCD. A quadrilateral has, in all, four pairs of adjacent sides. They are AB and BC, BC and CD, CD and DA, and DA and AB. 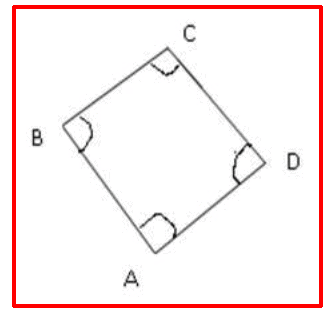 A circle is formed by a point moving at the same distance from a fixed point. A circle is also a simple closed curve; however, it does not have any sides or angles. 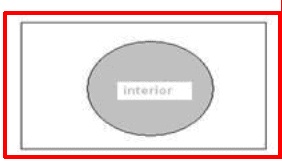 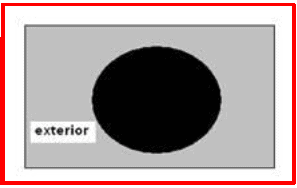