The document NCERT Chapter Notes 6 - The Triangle and its Properties, Mathematics, Class 7 | EduRev Notes is a part of the Class 7 Course Mathematics (Maths) Class 7.
All you need of Class 7 at this link: Class 7

6. The Triangle and its Properties The Triangle and Its Properties

A triangle is a closed figure made of three line segments. Every triangle has three sides, three angles, and three vertices. These are known as the parts of a triangle. The sides and the angles of every triangle differ from one another; therefore, they do not look alike.

Triangles can be classified based on their sides and angles.

♦ Based on their sides, there are equilateral, isosceles and scalene triangles.

♦ Based on their angles, there are acute, obtuse and right-angled triangles. 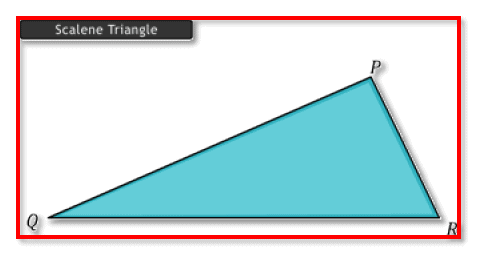 The altitude and orthocentre of a triangle need not lie inside the triangle. 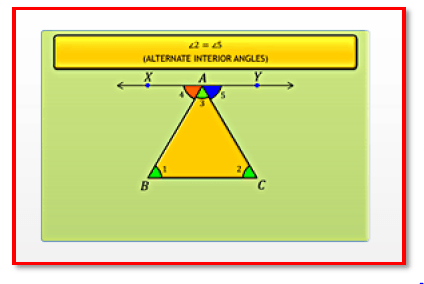 The sum of the three angles in a triangle

Eg: If ∠A,∠B and ∠C are the angles of a triangle, then An exterior angle of a triangle is equal to the sum of its opposite interior angles.

The sum of the lengths of any two sides of a triangle is greater than the third side. In triangle ABC, In a right-angled triangle, the side opposite the right angle is called the hypotenuse, and the other two sides are called its legs. In a right-angled triangle, the square of the hypotenuse is equal to the sum of the squares of the other two legs. a2 = b2 + c2 If the Pythagoras property holds, then the triangle must be right-angled. That is, if there is a triangle such that the sum of the squares on two of its sides is equal to the square of the third side, then it must be a right-angled triangle.