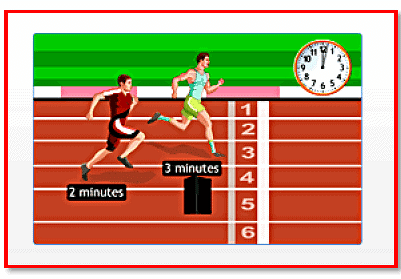 Ratios are used to compare quantities.

The ratio of two quantities in the same unit is a fraction that shows how many times one quantity is greater or smaller than the other. When two ratios are equivalent, the four quantities are said to be in proportion.

Ratio and proportion problems can be solved by using two methods, the unitary method and equating the ratios to make proportions, and then solving the equation.

Percentage is another method used to compare quantities. Percentages are numerators of fractions with the denominator 100.

fromPer cent is derived the Latin word 'per centum', which means per hundred. Per cent is represented by the symbol - %.

Percentage is the numerator of a fraction, whose denominator is hundred.Converting fractional numbers into percentage:

To compare fractional numbers, we need a common denominator. To convert a fraction into a percentage, multiply it by hundred and then place the % symbol.

For example, we have fraction 4/5

To convert a decimal into percentage, multiply the decimal by 100%. 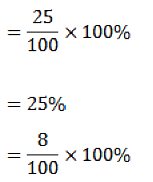 Conversion of percentages into fractions or decimals: 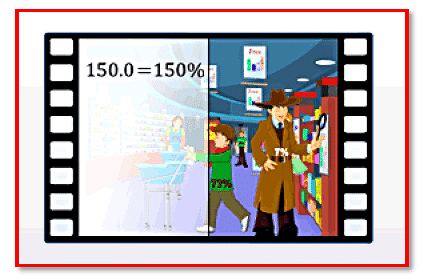 To convert a percentage into a fraction:

Step1: Drop the percent sign, and then divide the number by hundred.

To convert a percentage into a decimal:

Step 2: Divide the number by 100, or move the decimal point two places to the left in the numerator.

To convert a decimal into a percentage:

Step1: Convert the decimal into a fraction.

Step 2: Multiply the fraction by hundred.

Step 3: Put a percent sign next to the number. Else, shift the decimal point two places to the right. 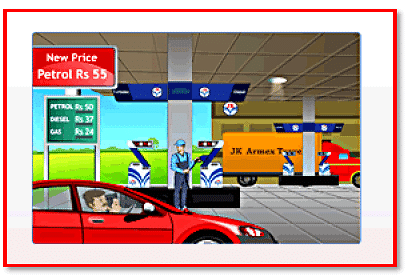 Percentages are helpful in comparison.

Percentages are helpful in comparison. To calculate percentage increase/decrease, we use the formula:

Profit percentage or loss percentage is always calculated on the cost price.

1. To find the profit percent, we use the following formula:

2. To find the loss percent, we use the following formula:

Amount at the end of the year can be obtained by adding the sum borrowed (principal) and the interest. Thus, Amount = Principal + Interest The way of calculating interest, where the principal is not changed, is known as "simple interest".

As the number of years increases, interest will also increase. If P denotes the principal, R denotes the rate of interest and T denotes the time period, then the simple interest I paid for T years is given by If you are given any three of these quantities, the fourth one can be calculated using this formula.