The document NCERT Exemplar Solutions: Sound Class 8 Notes | EduRev is a part of the Class 8 Course Science Class 8.
All you need of Class 8 at this link: Class 8 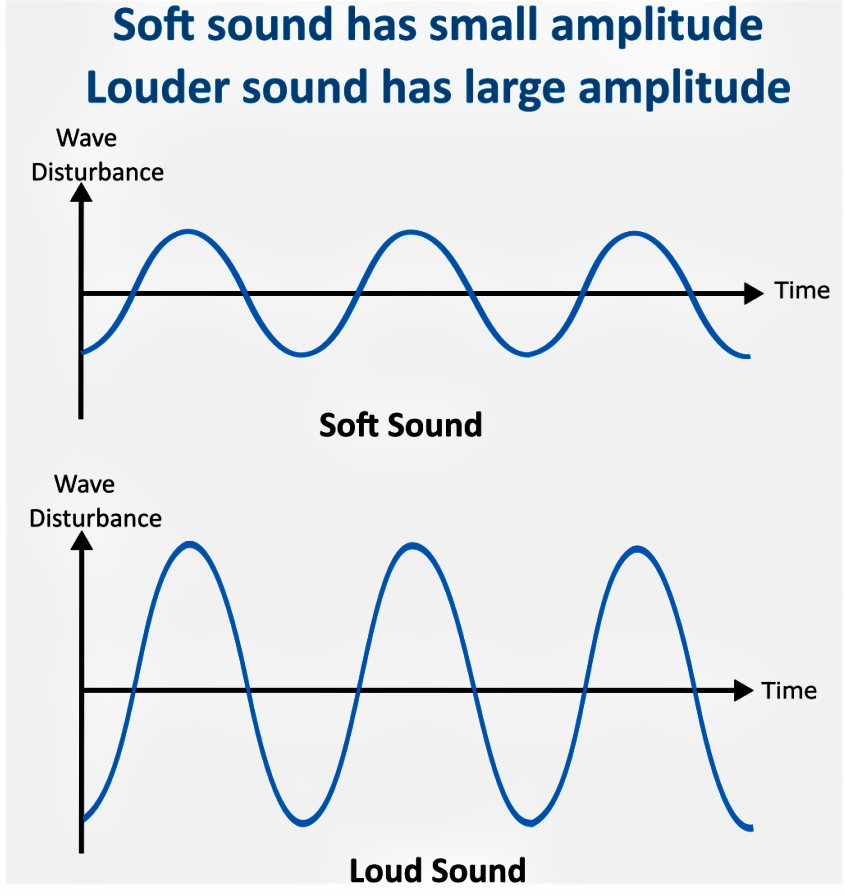 Q1. Lightning can be seen as the moment it occurs. Paheli observes lightning in her area. She hears the sound 5 s after she observed lightning. How far is she from the place where lightning occurs? (speed of sound = 330 m/s).Ans:Distance=330ms x 5s=1650m

Q1. A simple pendulum makes 10 oscillations in 20 seconds. What is the time period and frequency of its oscillation?Ans:

Q2. We have learnt that vibration is necessary for producing sound. Explain why the sound produced by every vibrating body cannot be heard by us?Ans: Everybody has its own range of frequency. But we can only hear frequencies in the range of 20hz to 2000 Hz so we cannot hear the sound of a few vibrating bodies.

Q1. We have a stringed musical instrument. The string is plucked in the middle first with a force of greater magnitude and then with a force of smaller magnitude. In which case would the instrument produce a louder sound?Ans: The amplitude of vibration determines the loudness of the sound. When a string is plucked with greater force amplitude of string will be larger. This makes the sound louder.

Q2. How is the sound produced and how is it transmitted and heard by us?Ans: Sound is produced when the body starts vibrating by any force. This vibration produces waves which travel through a medium to reach the destination(Our ear) where it will be heard.We hear the sound by our ears. The shape of the outer part of the ear is like a funnel. When sound enters it, it travels down a canal at the end of which there is a thin stretched membrane. It is called the eardrum. The eardrum is like a stretched rubber sheet. Sound vibrations make the eardrum vibrate. The eardrum sends vibrations to the inner ear. From there, the signal goes to the brain. That is how we hear.

Q3. An alarm bell is kept inside a vessel as shown in Fig. 13.1. A person standing close to it can distinctly hear the sound of the alarm. Now if the air inside the vessel is removed completely how will the loudness of alarm get affected for the same person? 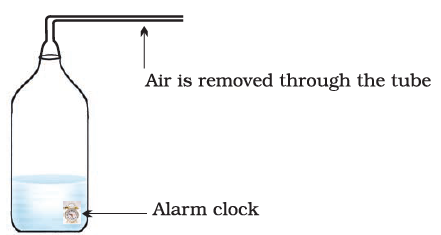 Ans: Air needs a medium to get transmitted. If we slowly remove the air inside the bottle. Sound will not be having medium to travel as it will be the vacuum. Due to vacuum loudness of the sound decrease gradually with the quantity of the air in the bottle.

Q4. The town hall building is situated close to Boojho’s house. There is a clock on the top of the town hall building which rings the bell every hour. Boojho has noticed that the sound of the clock appears to be much clearer at night. Explain.Ans: When sound is initiated speed, pitch, loudness all are initiated with vibration. During the day time there is a number of vibrations around us. This results in a decrease of the amplitude of vibrations. During the night there will be no such disturbances which will make the sound clearer.