Q1. Which of the following activity does not involve the use of water?(a) Washing clothes(b) Bathing(c) Cleaning utensils(d) Drying wet clothesAns: (d) Drying wet clothesSolution: Drying wet clothes, water gets converted into vapour form. Whereas washing, bathing and cleaning utensils are the activities which require the use of water.Q2. In which of the following activities will you use a minimum amount of water?(a) Bathing(b) Brushing teeth(c) Washing clothes(d) Mopping a roomAns: (b) Brushing teethSolution: Bathing, washing clothes and mopping a room will require a large amount of water. Brushing teeth requires a minimum amount of water.Q3. The quantity of water required to produce one page of your book is(a) one bucket(b) ten buckets(c) two glasses(d) few drops.Ans: (c) two glassesSolution: To make one sheet of paper requires two glasses of water.Q4. Water in our tap comes from a(a) river(b) lake(c) well(d) river, lake or wellAns: (d) river, lake or wellSolution: Water in our tap comes from rivers, lakes or wells. Water is routed through water treatment plants before it gets supplied through taps. The water drawn from these sources is fit for consumption.Q5. In which of the following cases evaporation of water will be the slowest?(a) A tray of water kept in sunlight.(b) A kettle of water kept on a burner.(c) A glass of water kept in a room.(d) A bucket of water kept on rooftop. 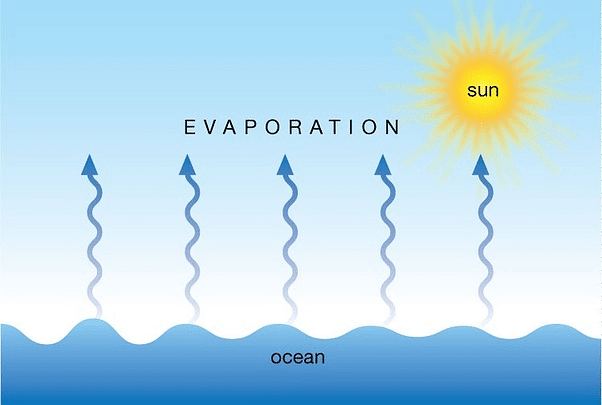 EvaporationAns: (c) A glass of water kept in a room.Solution: Evaporation is directly proportional to temperature when temperature increases, evaporation also increases. The temperature in the room will be lower than compared to the temperatures of sunlight, burner and rooftop. So, a glass of water kept in a room has the slowest water evaporation.Q6. Transpiration is a process in which plants(a) receive water from soil(b) absorb water vapour from air(c) prepare food from water(d) release water vapourAns: (d) release water vapourSolution: Transpiration is a process when the water is lost in the form of vapour which when parts of a plant (mainly leaves) are exposed is termed as transpiration. The loss of water due to transpiration is quite high.Q7. Clouds are(a) tiny drops of water floating in the air(b) a mixture of dust and water vapour(c) particles of water vapour(d) raindrops in the air.Ans: (a) tiny drops of water floating in the airSolution: Water vapour present in the air condenses to form tiny droplets of water floating in the air which appear to us like clouds. Later these tiny water droplets are formed into larger sized water drops and then get converted to rainfall.Q8. Wells are fed by(a) pond water(b) lake water(c) rainwater(d) groundwaterAns: (d) groundwaterSolution: Lakes, ponds, rivers and other water bodies are filled up by rainwater. Some rainwater is evaporated back to air. The rest, the soil absorbs the water into the ground and becomes available as groundwater. Hence, wells are fed by this groundwater.Q9. Floods cause extensive damage to(a) crops(b) property and human life(c) domestic animals(d) all of the aboveAns: (d) all of the aboveSolution: Due to heavy rains, the water level rises in rivers, lakes and ponds. This water then spreads over a large area causing floods. In turn crop fields, forests, villages and cities get submerged underwater. Hence, flood causes extensive damage to crops, domestic animals, property and human life.Q10. “Catch water where it falls” is the basic idea behind(a) recycling of water(b) making dams to store water(c) rainwater harvesting(d) condensation of water vapour.Ans: (c) rainwater harvestingSolution: Rainwater harvesting is a method used to collect rainwater. By storing the water, we can increase the availability of water which is collected and stored for later use. 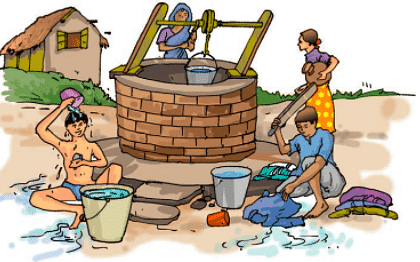 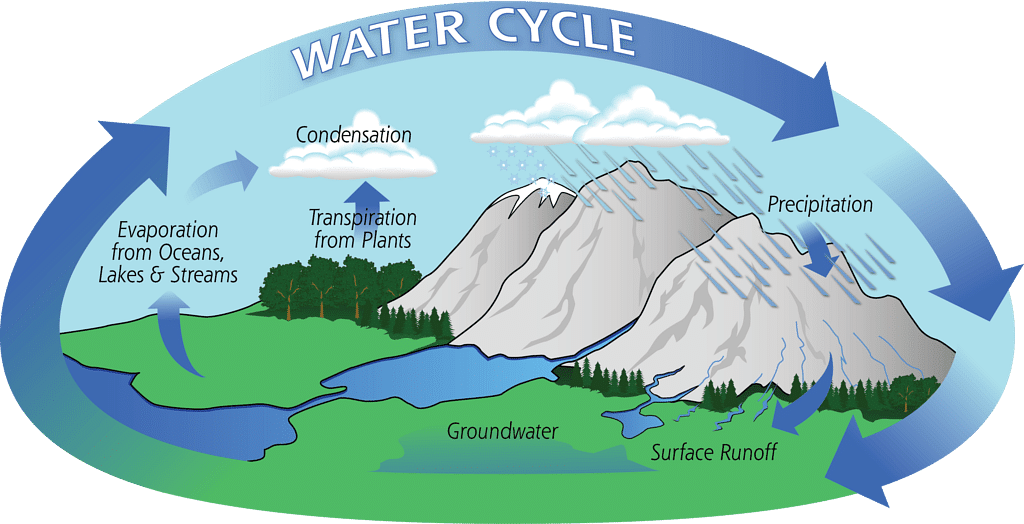 The document NCERT Exemplar Solutions: Water - Notes | Study Science Class 6 - Class 6 is a part of the Class 6 Course Science Class 6.
All you need of Class 6 at this link: Class 6
Attempt Now
Join Course