Q.1. Note is a sound(a) of mixture of several frequencies(b) of mixture of two frequencies only(c) of a single frequency(d) always unpleasant to listenAns: (a)Explanation: Sound is a mixture of several frequencies which can be produced by vibrating objects.Q.2. A key of a mechanical piano struck gently and then struck again but much harder this time. In the second case(a) Sound will be louder but pitch will not be different(b) Sound will be louder and pitch will also be higher(c) Sound will be louder but pitch will be lower(d) Both loudness and pitch will remain unaffectedAns: (a)Explanation: Pitch depend on the frequency particular key and loudness depends on force by which key is pressed.Q.3. In SONAR, we use(a) Ultrasonic waves(b) Infrasonic waves(c) Radio waves(d) Audible sound wavesAns: (a)Q.4. Sound travels in air if(a) Particles of medium travel from one place to another(b) There is no moisture in the atmosphere(c) Disturbance moves(d) Both particles as well as disturbance travel from one place to another.Ans: (c)Explanation: Sound waves propagate by vibrating in its own position. Whereas disturbance created by vibration of particles moves from one place to another.Q.5. When we change feeble sound to loud sound we increase its(a) Frequency(b) Amplitude(c) Velocity(d) WavelengthAns: (b)Explanation: Loudness of sound is proportional to amplitude. When amplitude increases feeble sound change to loud sound.Q.6. In the curve (Fig.12.1) half the wavelength is

(a) A B(b) B D(c) D E(d) A EAns: (b)Explanation: Wavelength is the distance between two consecutive troughs. In the graph half, the wavelength will BD.Q.7. Earthquake produces which kind of sound before the main shock wave begins(a) Ultrasound(b) Infrasound(c) Audible sound(d) None of the aboveAns: (b)Explanation: It is due to infrared rays few animals sense the earthquake, and they behave abnormally before the earthquake.Q.8. Infrasound can be heard by(a) Dog(b) Bat(c) Rhinoceros(d) Human beingsAns: (c)Explanation: Infrasound have frequency less than 20 Hz and Rhinoceroses communicate using Infrasound waves of the frequency of 5 Hz hence rhinoceros is the right answer.Q.9. Before playing the orchestra in a musical concert, a sitarist tries to adjust the tension and pluck the string suitably. By doing so, he is adjusting(a) Intensity of sound only(b) Amplitude of sound only(c) Frequency of the sitar string with the frequency of other musical instruments(d) Loudness of soundAns: (c)Explanation: Artists adjust the frequencies before beginning to play instruments because musical instruments should be tuned in with other musical instruments to produce pleasant music.

Q.10. The given graph (Fig.12.2) shows the displacement versus time relation for a disturbance travelling with a velocity of 1500 m s–1. Calculate the wavelength of the disturbance. 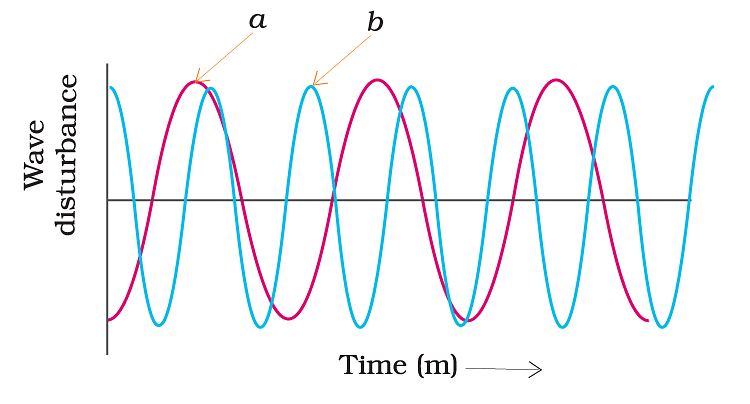 Solution: Pitch of a male voice is lighter than the pitch of female hence the graph a represent male voice.Q.12. A girl is sitting in the middle of a park of dimension 12 m × 12 m. On the left side of it there is a building adjoining the park and on right side of the park, there is a road adjoining the park. A sound is produced on the road by a cracker. Is it possible for the girl to hear the echo of this sound? Explain your answer.Solution: Echo can be heard if the gap between the original sound and reflected sound received by the listener is around 0.1 sec.Sound Velocity × time interval= 344 × 0.1= 34.4 mHere sound reflects from the building and then reaches the girl which is much smaller than the required distance. Hence echo cannot be heard.Q.13. Why do we hear the sound produced by the humming bees while the sound of vibrations of a pendulum is not heard?Solution: Humming bees produce the sound by beating their wings and the frequency of the sound they produce will be in the range of 20Hz to 20000 Hz which is audible. On the other hand, pendulum produces sound less than 20 Hz which is below audible range, and we don’t hear the sound of pendulum vibrations.Q.14. If any explosion takes place at the bottom of a lake, what type of shock waves in water will take place?Solution: The answer is longitudinal wavesQ.15. The sound produced by a thunderstorm is heard 10 s after the lightning is seen. Calculate the approximate distance of the thunder cloud. (Given the speed of sound = 340 m s–1.)Solution: Distance = speed × timeHere speed = 340ms-1Time = 10s= 340× 10 = 3400m.Q.16. For hearing the loudest ticking sound heard by the ear, find the angle x in the Fig.12.4. 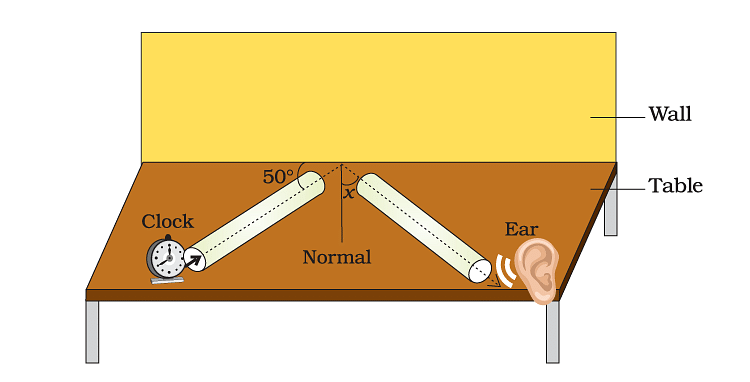 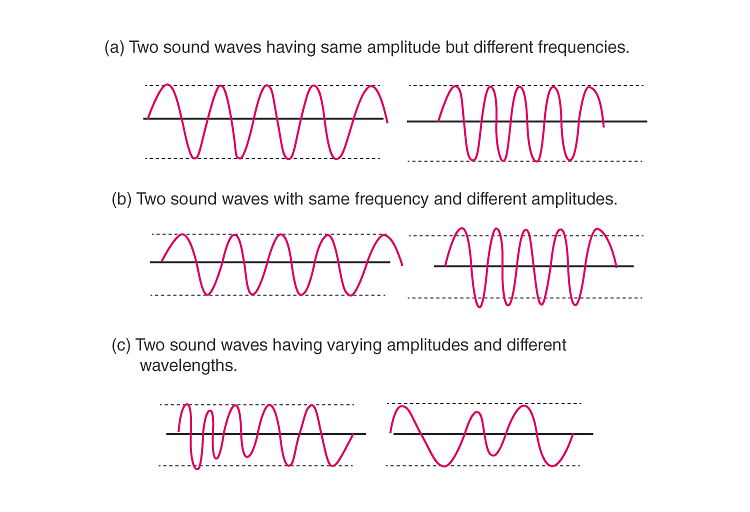 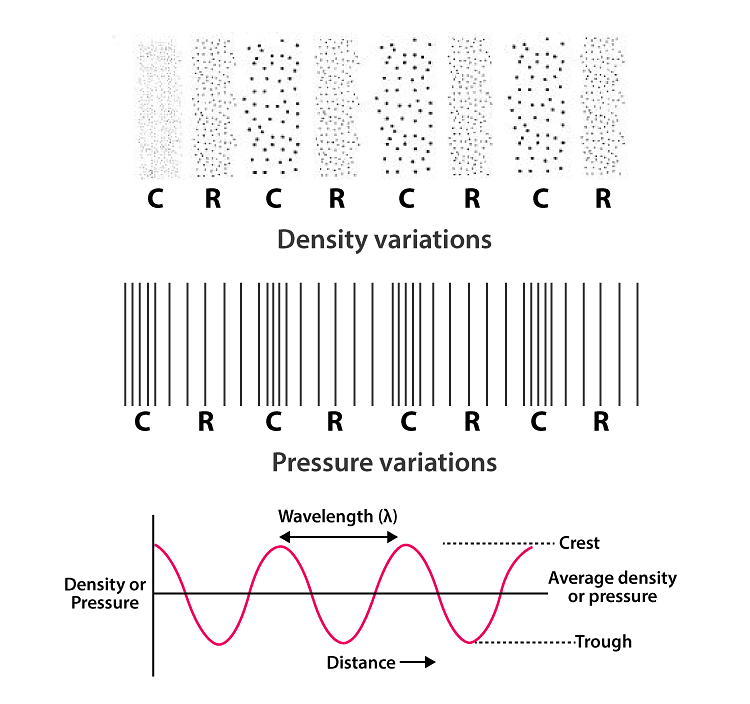 The document NCERT Exemplar: Sound Notes | Study Science Class 9 - Class 9 is a part of the Class 9 Course Science Class 9.
All you need of Class 9 at this link: Class 9
Join Course