The document NCERT Exemplars - Communication Systems (Part - 1) Notes | EduRev is a part of the Class 12 Course Physics Class 12.
All you need of Class 12 at this link: Class 12 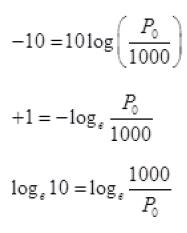 Identify devices that can be used for modulation: (a) i and iii(b) Only iii(c) ii and some regions of iv(d) All the devices can be usedAns. (c)
Solution.
A square law modulator is the device which can produce modulated waves by the application of the message signal and the carrier wave.Square law modulator is used for modulation purpose. Characteristics shown by (i) and (iii) correspond to linear devices.And by (ii) corresponds to square law device which shows non-linear relations. Some part of (iv) also follow square law.Hence, (ii) and (iv) can be used for modulation.Q.7. A male voice after modulation-transmission sounds like that of a female to the receiver. The problem is due to(a) Poor selection of  modulation index (selected 0 < m < 1)(b) Poor bandwidth selection of amplifiers(c) Poor selection of carrier frequency(d) Loss of energy in transmissionAns. (b)
SolutionIn this problem, the frequency of modulated signal received becomes more, due to improper selection of bandwidth.This happens because bandwidth in amplitude modulation is equal to twice the frequency of modulating signal.But, the frequency of male voice is less than that of a female.Q.8. A basic communication system consists of (A) transmitter(B) information source(C) user of information(D) channel(E) receiverChoose the correct sequence in which these are arranged in a basic communication system: (a) ABCDE(b) BADEC(c) BDACE(d) BEADCAns. (b)Solution.
A basic communication system consists of an information source, a transmitter, a link (channel) and a receiver or a communication system is the set-up used in the transmission and reception of information from one place to another.The whole system consist of several elements in a sequence. It can be represented as the diagram given below:

Q.13. The frequency response curve (Figure) for the filter circuit used for production of AM wave should be

If mf > 1 then Δvmax > vm . This means there will be overlapping of both the side bands of modulated wave resulting into loss of information.

Q.17. Two waves A and B of frequencies 2 MHz and 3 MHz, respectively are beamed in the same direction for communication via sky wave. Which one of these is likely to travel longer distance in the ionosphere before suffering total internal reflection?
Ans. As the frequency of wave B is more than A and μ α v so refractive index for wave B will be more than A. Critical angle is inversely proportional to refractive index (sin ic = 1/μ). So critical angle for A will be larger than for B or in other way
vA < vB [Given]
μA < μB
[∴ μ ∝ v (frequency)]

Sin iA > sin iB (sin i α i)
iA > iB
It is clear from figure also that ray B will travel more distance in ionosphere before getting total internal reflection through ionosphere.

Q.19. Compute the LC product of a tuned amplifier circuit required to generate a carrier wave of 1 MHz for amplitude modulation.
Ans. Frequency of tuned amplifier or resonance frequency is given by v =

which generate a carrier wave of I MHz for amplitude modulation
So, we get

Q.20. Why is a AM signal likely to be more noisy than a FM signal upon transmission through a channel?
Ans. An AM signal likely to be more noisy than FM signal through a channel because in case of AM, the instantaneous voltage of carrier waver waves is varied by the modulating wave voltage So, during the transmission, noise signals can also be added and receiver assumes noise a part of the modulating signal. In case of FM, the frequency of carrier waves is changed as the change in the instantaneous voltage of modulating waves. This can be done by mixing and not while the signal transmitting in channel. So, noise does not affect FM signal or simply we can say that noise signals are difficult to filter out in AM reception whereas FM receivers easily filter out noise.
Important point: In frequency modulation mf (frequency modulation index) is inversely proportional to modulating frequency fm. While in PM it does not vary with modulating frequency. Moreover, FM is more noise immune.