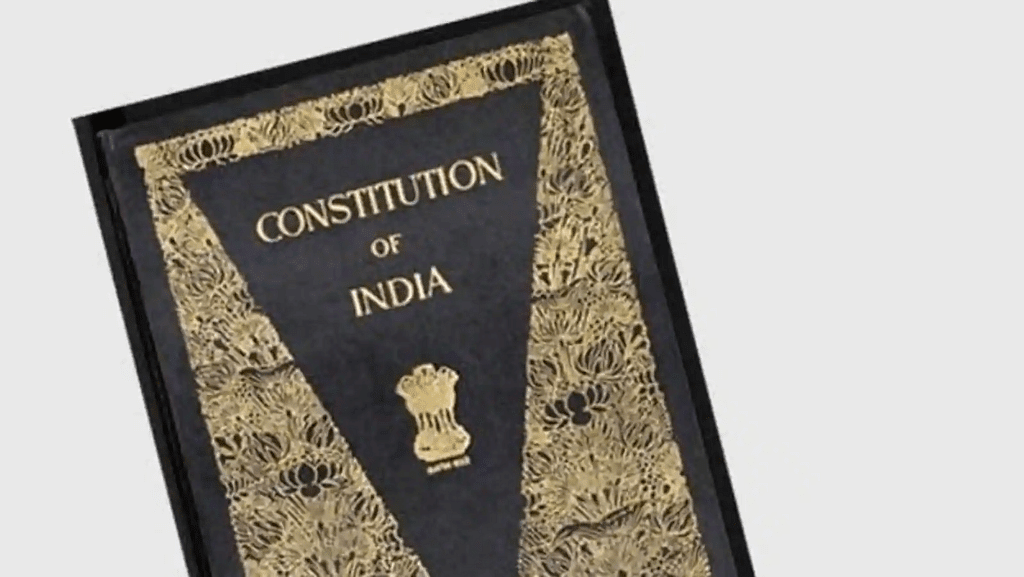 Q4. Match the following leaders with their roles in the making of the Constitution

Q5. Read again the extracts from Nehru's speech “Tryst with Destiny” and answer the following:(a) Why did Nehru use the expression “not wholly or in full measure” in the first sentence?(b) What pledge did he want the makers of the Indian Constitution to take?(c) “The ambition of the greatest man of our generation has been to wipe every tear from every eye”. Who was he referring to?Ans:

(a) Nehru used the term ‘not wholly or in full measure’ because according to him, the task they had undertaken was not complete.(b) The pledge that he wanted the makers of the Indian Constitution to take was to dedicate their lives to the service of India, the Indian people and humanity at large.(c) He is referring to Mahatma Gandhi

Q6. Here are some of the guiding values of the Constitution and its meaning. Rewrite them by matching them correctly.

Q7. A friend from Nepal has written you a letter describing the political situation there. Many political parties are opposing the rule of the king. Some of them say that the existing constitution given by the monarch can be amended to allow more powers to elected representatives. Others are demanding a new Constituent Assembly to write a republican constitution. Reply to your friend giving your opinions on the subject.Ans:

(Your address)April 05, 2018(address) NepalDear Rohan,Hope you find my letter in the best of your health and happiness. I am regularly following up with the news and information you shared about the political situation and circumstances in your country.In my opinion, the second option is best. Making small amendments does not shift whole power in the hands of representatives. This does not make total responsibility on elected representatives what will happen in next year. So, a new and well-drafted constitution is the right choice.Hope your leaders make a wise decision.Regards to elders and love to youngsters.With love(ABC)

Q8. Here are different opinions about what made India a democracy. How much importance would you give to each of these factors?(a) Democracy in India is a gift of the British rulers. We received training to work with representative legislative institutions under British rule.(b) Freedom struggle challenged the colonial exploitation and denial of different freedoms to Indians. Free India could not be anything but democratic.(c) We are lucky to have leaders who had democratic convictions. The denial of democracy in several other newly independent countries shows the important role of these leaders.Ans:(a)

Q9. Read the following extract from a conduct book for ‘married women’, published in 1912. ‘God has made the female species delicate and fragile, both physically and emotionally, pitiably incapable of self-defence. They are destined thus by God to remain in male protection − of father, husband and son − all their lives. Women should, therefore, not despair, but feel obliged that they can dedicate themselves to the service of men’. Do you think the values expressed in this para reflected the values underlying our constitution? Or does this go against the constitutional values?Ans: The given paragraph reflects patriarchal values. It promotes the idea of inequality of genders. This is contrary to the spirit of equality promoted by the constitution.Q10. Read the following statements about a constitution. Give reasons why each of these is true or not true.(a) The authority of the rules of the constitution is the same as that of any other law.(b) Constitution lays down how different organs of the government will be formed.(c) Rights of citizens and limits on the power of the government are laid down in the constitution.(d) A constitution is about institutions, not about values.Ans:(a) True