Now you give the answers.

This is what she made.

(iv) Look at the angles marked in these shapes. Can you see the difference?

Ans. By seeing the figure, we can say that the each figure has different shape and different angels.

Q.1. Look at the shape and answer. 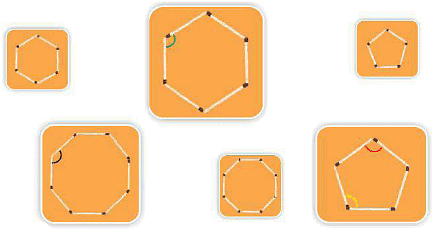 You can increase the number of matchsticks to make more shapes.

Q.2. Take 8 matchsticks and make a fish like this. Now pick up any 3 matchsticks and put them in such a way that the fish now starts swimming in the opposite direction. Did it? 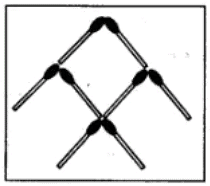 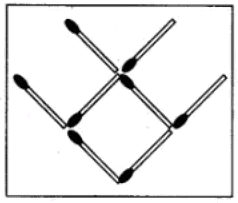 Q.3. Using 10 matchsticks make this shape. Pick any 5 matchsticks and put them in such a way that you get the shape of a house. 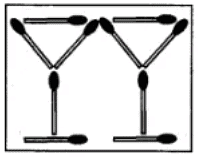 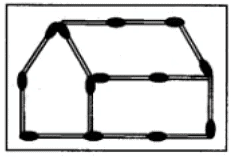 Q.1. Sukhman made this picture with so many angles. 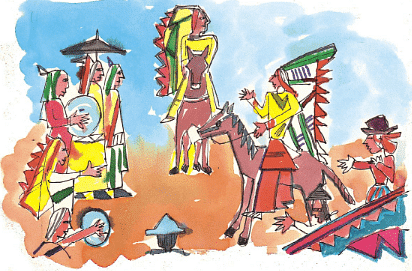 Ans. Hint: The purpose of this section is to make students observe their surroundings. It is highly recommended that the students prepare the answers on their own.

(i) Which slide has a larger angle?Ans. The slide which comes in the right of the boy has larger angle.

(ii) Which slide do you think is safer for the little boy? Why?Ans. The slide which comes in right is safer. Because, slide on the left of the boy is steeper than the other.