The document NCERT Solution - Chapter 1 : WONDERFUL WASTE, Class 5, English | EduRev Notes is a part of the Class 5 Course English Marigold Class 5.
All you need of Class 5 at this link: Class 5

1. What were the preparations in the palace for?

Ans. There were preparations for a grand feast in the palace.

2. Why did the Maharaja go into the kitchen in the afternoon?

Ans. The Maharaja went into the kitchen to see what dishes had been prepared for the feast.

3. What had the cook planned to do with the vegetable scraps?

Ans. The cook had planned to throw away the vegetable scraps.

4. State whether the following are True of False.

(i) The king had ordered a dinner in the palace.

(ii) No one had heard of or tasted avial before.

(iii)  The cook had planned to make another dish using the vegetable scraps.

5. A recipe is a list of directions to prepare dish. The following sentences are not in order for preparing avial. Number them in the correct order.

(1) Wash and clean the mix of vegetable bits.

Then, I change out of school uniform.

After that, I have lunch.

Finally, I do the homework.

7. The Maharaja was a wise man and ordered the cook to use the vegetable scraps instead of throwing them away.

(a) Name some of the things which are thrown away at home or in school.

Ans. Scraps of paper, cardboard boxes, used up ball pens, vegetable peels, leaves and twigs, left over food etc. are thrown away at home or in school.

(b) Sit in group of four and think of interesting ways in which they can be made useful?

Ans. We can make things of papier-mache, decorative articles and compost with them.

8. Some words have more than one meaning.

Meanings: noun: a dot in print or writing, full stop, decimal the numbers you score in a game

Verb: to show or call attention to something

Ans. Ground n. surface of the earth; an area which is used for a particular purpose

v. past tense of grind

v. get rid of something or cancel it. 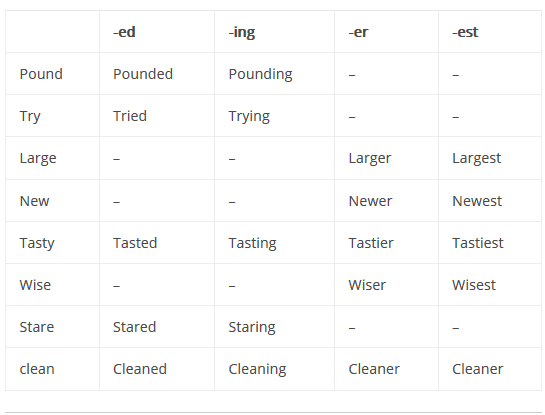 10. Do any of these words use all of four endings?

Ans. Yes, tasty and clean use all of four endings.

11. Name food that is made in your home.

(ii) when you are unwell.