The document NCERT Solution - Eighteenth Century Political Class 7 Notes | EduRev is a part of the UPSC Course Social Studies (SST) Class 7.
All you need of UPSC at this link: UPSC

Q.3. State whether true or false:(a) Nadir Shah invaded Bengal.(b) Sawai Raja Jai Singh was the ruler of Indore.(c) Guru Gobind Singh was the tenth Guru of the Sikhs.(d) Poona became the capital of the Marathas in the eighteenth century.Ans. (a) False(b) False(c) True(d) True

Q.4. What were the offices held by Sa‘adat Khan?
Ans. Sa‘adat Khan held the combined offices of Subadar, Diwani and Faujdar. 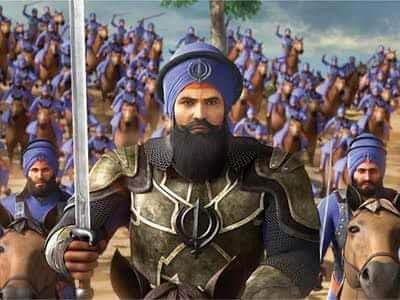 (ii) The combined forces of Sikhs known as the grand army (dal Khalsa) used to meet at Amritsar at the time of Baisakhi and Diwali to take collective decisions.(iii) They offered protection to the cultivators on the payment of a tax of 20 per cent of the produce called rakhi.(iv) Guru Gobind Singh had inspired the Khalsa with the belief that their destiny was to rule.

(i) Marathas wanted to establish their unquestioned rule over the subcontinent by defeating Mughals.(ii) They wanted to expand beyond the Deccan to receive tribute and control trade and agriculture.

Q.8. What were the policies adopted by Asaf Jah to strengthen his position?Ans. In order to strengthen his position Asaf Jah brought skilled soldiers and administrators from northern India who welcomed the new opportunities in the south. He appointed mansabdar's and granted jagirs.Although he was still a servant of the Mughal emperor, he ruled quiteindependently without seeking any direction from Delhi or facing anyi nterference.