1. Circle the correct meaning of the given words. You may need to use the dictionary.

1. Make the words in the box with their meaning. You may take the help of a dictionary.

(i) near the lower part of a mountain

(iv) To be very surprised

1. Say whether the following sentences are True or False.

(a) Rip was kind to children.

(b) Rip was a hardworking man.

(c) The short old man on the mountain was his constant companion.

(d) Rip helped the old man in the mountains because he wanted to have a drink from the barrel.

(e) Rip was away for twenty years because he was asleep on the mountains.

(f) The drink from the barrel made him fall asleep for twenty years.

(g) Nobody recognized Rip when he came back because he had reached the wrong village.

Ans. at the foothills of Kaatskill mountains. 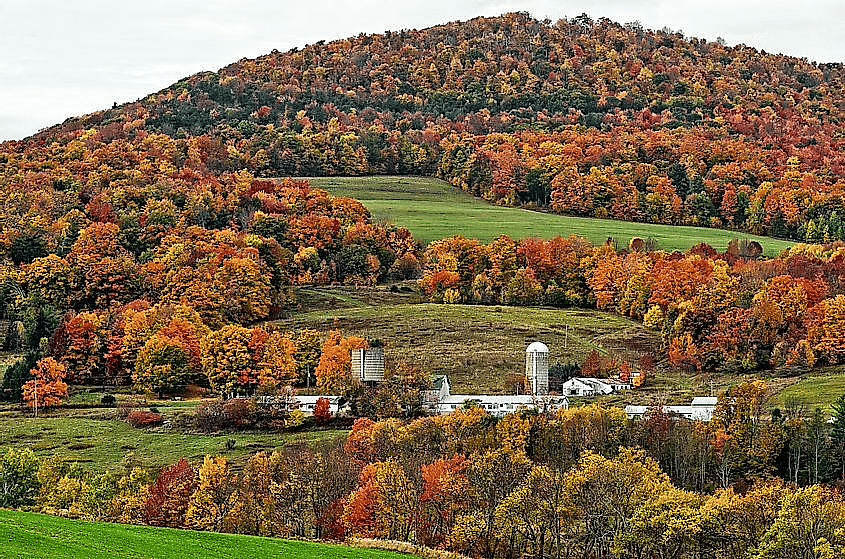 (ii) The children of the village loved him because _____.

Ans. he played with them, told them stories, and taught them runs to shoot marble and fly the kites.

Ans. They did not seem to know him.

1. What were the strange things about the men on the mountains?

Ans. (i) They all were dressed the same way.

(ii) All had beards of various shapes and colors.

(iii) Their faces were very serious.

(iv) They did not speak.

2. What kind of a man was Rip Van Winkle?

(ii) He was a good-natured man.

(iii) He loved the children and told them long stories.

1. Pick out the names of the games mentioned in the story. 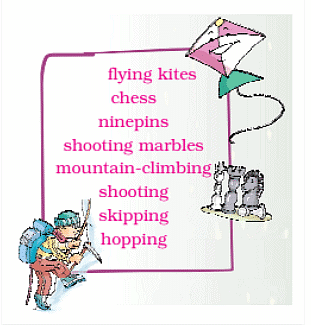 Ans. Flying kites, ninepins, shooting marbles, and mountain climbing are some of the games mentioned in the story.

2. Sometimes we join two words to make a describing word. For example, Rip was a good-natured man, everybody liked him. Here are some more describing words. Use them to complete the given paragraph.

Ans. Mrs. Das has a part-time job in a clothes shop. Yesterday, an odd-looking woman walked into the shop. She was wearing high-heeled shoes. A sweet-looking dog was with her. “I want a long-sleeved shirt for my dog, please”, she said. “For your dog?” asked Mrs. Das, open-mouthed in surprise. “Yes”, replied the woman. “I want him to be well-dressed for my next party”.

3.  Silent letters. What is common in the following groups of words?

4. Read the two paragraphs given below.

My mother is always awake before anyone else in the family. I usually wake up after 6 O’clock. I loll around lazily for a few minutes. Then I get up and get dressed for school.

At bedtime, I read a storybook. When I feel tired I lie down and go to sleep very quickly. I fall asleep in no time at all! 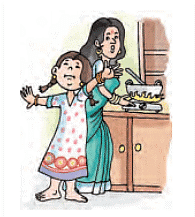 (i) Now find the opposites of the following words from the paragraphs and complete the table.

-wake up  go to sleep

-get up  fall asleep

(ii). Fill in the blanks using the words in the previous questions.

1. Read the speech bubbles. Who walks to school most often? Put them in order.

Write about yourself using the following expressions (do you play in the park, go to bed late, fuss over food, study hard, etc.?)

Ans. (i) I frequently visit my native place.

(ii) I usually go to the market with my father.

(iii) I often go to the temple.

(iv) I sometimes write to my grandparents.

(v) I rarely go to see movies in the cinema hall.