The document NCERT Solution - Chapter 9: UP YOU GO!, Class 5, Environmental Studies Class 5 Notes | EduRev is a part of the Class 5 Course EVS Class 5.
All you need of Class 5 at this link: Class 5

1. Have you ever seen the mountains? Have you also climbed a mountains?

Ans. Yes, last summer we went to Shimla where we not only saw mountains but also climbed up. 2. How far have you walked at one time? How far can you walk?

3. What do you think about the paths on the mountains? Draw a picture.

4. What do you think about the responsibilities of a group leader?

Ans. The responsibilities of a group leader are challenging and of giving self-satisfaction.

5. How would you feel if you were made a leader in such a camp?

Ans. If I were made a leader in such a camp, it would boost my confidence that I was trusted upon for the job. I would take up the responsibility dutyfully.

6. What does a monitor in your class have to do?

Ans. In our class, the responsibilities of a monitor are:

(i) To maintain discipline in the class room.

(iii) To convey the problems of a student to the concerned teacher or head master.

7. Would you like to be the class monitor? Why?

Ans. Yes, I would like to be the class monitor. It will be a wonderful experience to lead my class.

8. What kinds of tools are needed for climbing mountains?

9. Have you ever seen a hook and rope being used for anything else? Where?

Ans. Yes, these are used to pull water buckets from a well or to pull heavy goods upwards etc. Besides, I have also watched on TV marooned people being pulled up by the helicopters during rescue operations. 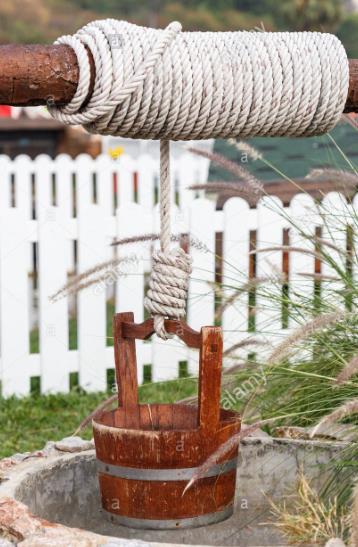 10. What else can we use if we went to cross a river in the mountain.

Ans. To cross a river in the mountains, we need, thick rope, sling and pitons.

11. Why do you need extra energy on the mountains?

Ans. This is because we have to rise up against the gravitational force. Further, it is tough to walk over the rocky surface of mountains in comparison to the flat surface of plains.

12. Have you ever heard of anyone who has done something adventurous (risky)? What?

Ans. Yes, one of my friends went for tracking last summer. It was really adventurous.

13. Have you ever done anything adventurous? If yes, tell your class. Write about it in your own words.

Ans. Last summer, when I went to Shimla, I crossed a mountains river using rope, sling and pitons as mentioned in the chapter. It was a very adventurous experience.

14. Have you ever climbed a tree? How did you feel? Were you scared? Did you ever fall?

Ans. Yes, once I climbed a tree. It was a very exciting experience. Though I was not scared at all while climbing but once I climbed up and looked downwards, for a moment, of course, I got scared. I had never fallen. 15. Have you ever seen someone climb a small wall? What do you think is the difference between climbing a wall and climbing a high rock?

Ans. Yes, I saw it many times. I think climbing a high rock may be a bit easier than climbing a wall because the surface of a rock is irregular with elevation and depression forming holds where one can put his/ her hand and feet. While the surface of a wall is smooth and flat, thus it is difficult to climb a wall.

16. Is there anyone in your class whose language you do not understand, or who does not understand yours? What do you do in such a case?

Ans. Yes, few days back a boy from Kerela has joined our class. We do not know each other’s languages so we talk using gestures and enjoy very much doing so.

17. Have you ever lost your way? What did you do then?

Ans. Yes, One or two times I have lost my way. In that case, I asked the local people to help me in finding out my way.

18. Why do you think Khondonbi would have sung loudly?

Ans. Khondonbi would have sung loudly so that the group could listen and find them again easily. She may also be doing so get over her fear.

19. Have you ever seen someone doing something special to get over their fear? What and when?

Ans. Yes, once riding on a high rise swing, we were shouting and yelling to get over our fear and also to enjoy.

20.  Why do you think a drain was dug around the tent?

21. Besides mountaineering, what are other activities that can be called adventurous? Why?

Ans. Sky diving, gliding, hot air ballooming, rowing in mountain rivers are some of the other activities that can be called adventurous. 22. You are on a mountain. How do you feel there? What can you see? What do you feel like doing there?

Ans. I am feeling very excited to climb up on a mountain. I can see high mountains all around. In between these are deep valleys. There are also many trees all around covered with flowers. The whole landscape is very beautiful and I feel as I have come to heaven. I want to climb higher.

23. Why did Bechhendri put up the Indian flag on the peak?

Ans. In honour of our country, Bachhendri put up the Indian flag on the peak.

24. When have you seen our national flag being hosted? 25. Have you seen the flag of any other country? Where?

Ans. Yes, in Chanakya Puri, Delhi were embassies of different countries are based. I have seen the flag of many countries.

Ans. (i) Mountains are full of dangerous rivers, deep valleys, irregular surfaces etc. To cross these is a very challenging task.

(ii) It is not easy to climb on the steep slope of the mountains. It requires a lot of zeal and vigar.

If I were to climb a mountain, I would have taken along with me food packets, water bottle, rope, hunter shoes, hook plastic sheet, diary, torch, towel, soap, windcheater, whistle, glucose, jaggery, chana, snakes etc. Besides I would also can a camera to catch the beautiful pictures.