The document NCERT Solution - Combustion & Flame Class 8 Notes | EduRev is a part of the UPSC Course NCERT Hindi Textbooks (Class 6 to Class 12).
All you need of UPSC at this link: UPSC

Q.1. List conditions under which combustion can take place.

Ans. The conditions required for combustion to take place are: 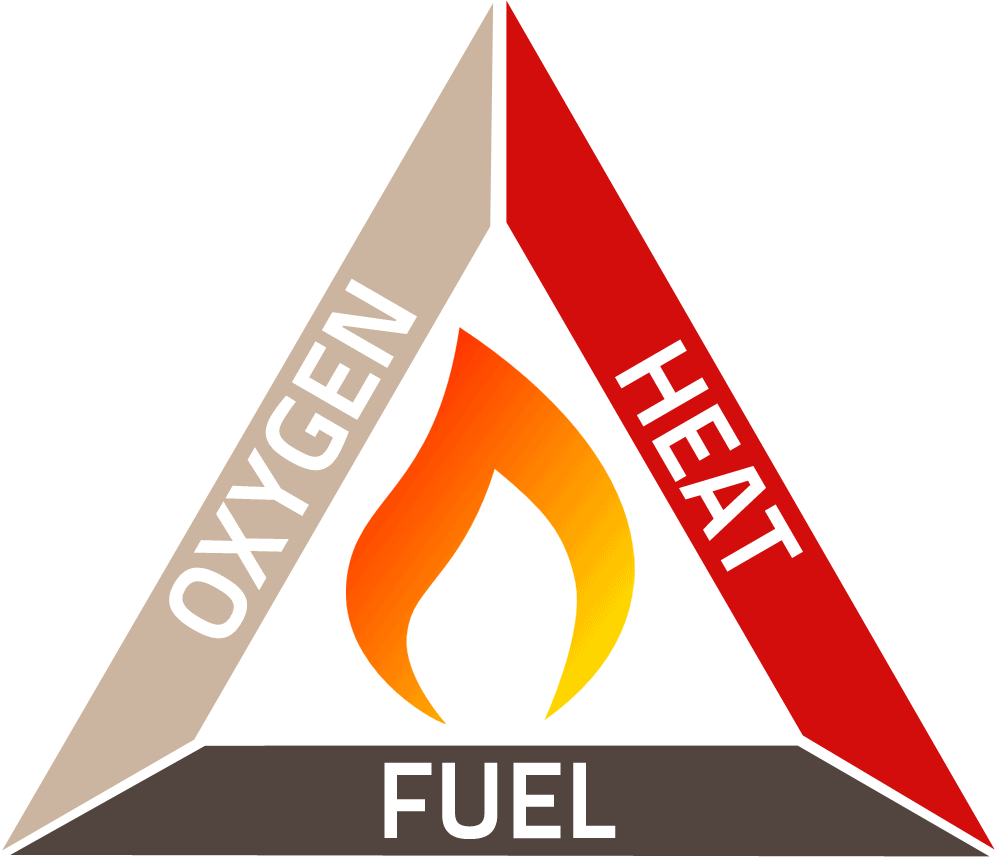 Ans. WaterQ.3. Explain how the use of CNG in automobiles has reduced pollution in our cities.

(a) Water is not used to control fires involving electrical equipment.

Ans. Water is a conductor of electricity, so it can easily conduct electric current and cause danger of electric shocks or short-circuits. Therefore, water can not be used to control the fire involving electrical equipment.

(b) LPG is a better domestic fuel than wood.

Ans. LPG is a better domestic fuel as it does not produce smoke and un-burnt carbon particles, which cause respiratory problems.(c) Paper by itself catches fire easily whereas a piece of paper wrapped around an aluminium pipe does not.

Ans. Paper by itself catches fire easily because it has low ignition temperature but when wrapped around an aluminium pipe its temperature is lowered due to aluminium metal absorbing the heat supplied to paper. So it does not catch fire.Q.6. Make a labelled diagram of a candle flame. 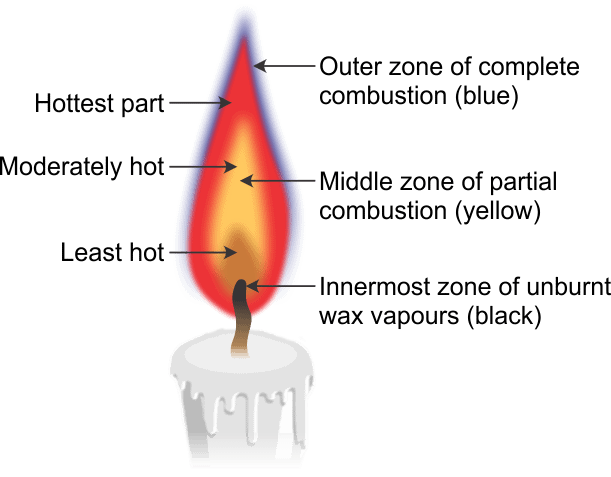 Q.7. Name the unit in which the calorific value of a fuel is expressed.

Ans. The calorific value of a fuel is expressed in kilojoules per kilogram (kJ/kg).Q.8. Explain how CO2 is able to control fires.

Ans. Being heavier than oxygen, CO2 covers the fire like a blanket. Since the contact between the fuel and oxygen is cut off, the fire is controlled.Q.9. It is difficult to burn a heap of green leaves but dry leaves catch fire easily. Explain.

Ans. Green leaves have a lot of moisture in them. This moisture does not allow them to catch fire easily. However, dry leaves have no moisture in them. Therefore, they catch fire easily.Q.10. Which zone of a flame does a goldsmith use for melting gold and silver and why?Ans. A goldsmith uses the outer part of the candle flame for melting gold and silver because in this zone the temperature is the highest which helps to melt these metals easily.Q.11. In an experiment 4.5 kg of a fuel was completely burnt. The heat produced was measured to be 180,000 kJ. Calculate the calorific value of the fuel.

We know that calorific value of fuel:

Hence, the calorific value of the given fuel = 40,000 kJ/kg.Q.12. Can the process of rusting be called combustion? Discuss. Ans. Combustion is a chemical process in which a substance reacts with oxygen and gives out energy during the process in the form of either heat or light or both. Rusting of iron is an exothermic process as heat is released during rusting. Hence, it is a kind of slow combustion.Q.13. Abida and Ramesh were doing an experiment in which water was to be heated in a beaker. Abida kept the beaker near the wick in the yellow part of the candle flame. Ramesh kept the beaker in the outermost part of the flame. Whose water will get heated in a shorter time?

Ans. The water in the Ramesh's beaker will heat up in a shorter time. This is because the outermost zone of a flame is the hottest zone, while the yellow zone (in which Abida had kept the beaker) is less hot.