The document NCERT Solutions - Gravitation Notes | Study Science Class 9 - Class 9 is a part of the Class 9 Course Science Class 9.
All you need of Class 9 at this link: Class 9 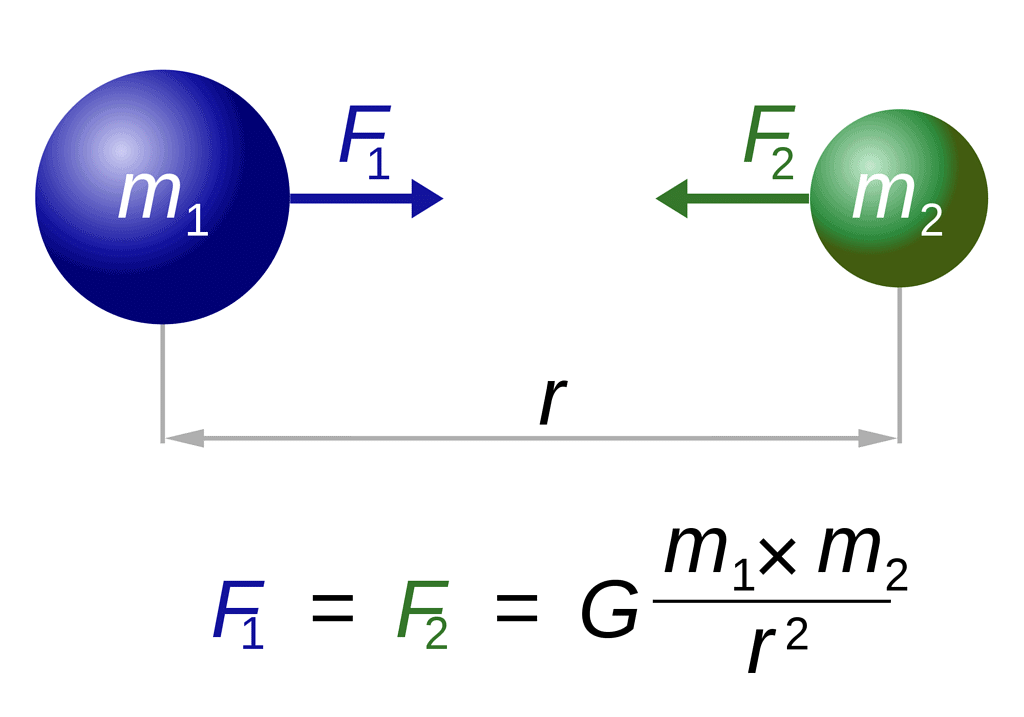 Q1. What are the differences between the mass of an object and its weight? 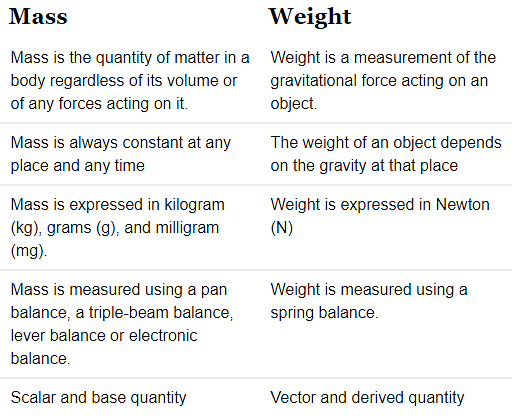 Let the mass of the object be m, Let's its weight of moon be Mm and its radius be Rm

By applying the universal law of gravitation, the weight of the object on the moon will be:

Let the weight of the same object on the earth be We. The mass of earth is M and its radius is R.

On dividing Wm and We we get:

∴ Weight of the object on the moon =

its weight on earth

Q1. Why is it difficult to hold a school bag having a strap made of a thin and strong string?Ans:

Q2. What do you mean by buoyancy? Ans:

Q3. Why does an object float or sink when placed on the surface of water?Ans:

Q1. You find your mass to be 42 kg on a weighing machine. Is your mass more or less than 42 kg? Ans: Mass is always a constant quantity. Therefore, it cannot be more or less than 42 kg.Q2. You have a bag of cotton and an iron bar, each indicating a mass of 100 kg when measured on a weighing machine. In reality, one is heavier than other. Can you say which one is heavier and why? Ans: The correct answer is cotton bag is heavier than iron bar.The reason is:

Q4. The earth and the moon are attracted to each other by gravitational force. Does the earth attract the moon with a force that is greater or smaller force or the same as the force with which the moon attracts the earth? Why?Ans:

Q5. If the moon attracts the earth, why does the earth not move towards the moon? Ans:

Q6. What happens to the force between two objects, if (a) the mass of one object is doubled? (b) the distance between the objects is doubled and tripled? (c) the masses of both objects are doubled? Ans: Let masses = m1 and m2, distance between masses = r.According to universal law of gravitation F ∝ m1m2 and F ∝ 1/r2.(a) If one mass, say m1 is doubled, and F ∝ m1,  then F gets doubled.(b) If distance is doubled and F ∝ 1/r2, force becomes one-fourth, i.e. 1/(2)2.If distance is tripled and F ∝ 1/r2, force becomes one-ninth, i.e. 1/(3)2.(c) If both masses are doubled and F ∝ m1m2, force becomes 4 times, i.e. (2m1)(2m2) = 4m1m2 Q7. What is the importance of universal law of gravitation? Ans:Universal law of gravitation has successfully explained the phenomena which were earlier considered to be separate:(a) It explains about the force which holds us on earth.(b) It explains the motion of planets around the sun.(c) It explains the motion of moon around the earth.(d) It explains about occurrence of tides in the ocean.Q8. What is the acceleration of free fall?Ans: When a body falls freely and accelerates at every point of its motion due to gravitational force alone. This is called acceleration of free fall. This acceleration is known as the acceleration due to gravity on the earth’s surface. It’s denoted by ‘g’ and its value is 9.8m/s2 and it’s constant for all objects close to earth’s surface (irrespective of their masses).Q9. What do we call the gravitational force between the earth and an object? Ans: Gravity is the name of the gravitational force between earth and the object.Q10. Amit buys few grams of gold at the poles as per the instruction of one of his friends. He hands over the same when he meets him at the equator. Will the friend agree with the weight of gold bought? If not, why? [Hint: The value of g is greater at the poles than at the equator.] Ans: Earth is not a perfect sphere. It is flattened at the poles. Thus, the value of ‘g’ is greater at poles than at equator (as g ∝ 1/r2).  This means weight of gold bought at poles becomes lesser at equator and the friend does not agree with the weight.Q:11. Why will a sheet of paper fall slower than one that is crumpled into a ball?Ans: 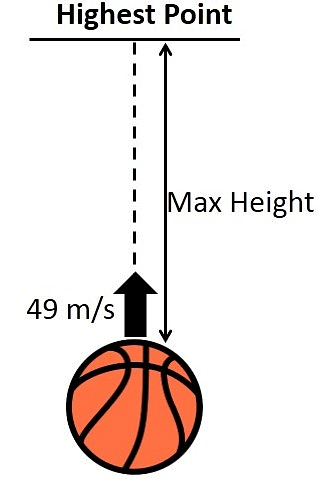 = 19.6 ms-1.Q15. A stone is thrown vertically upward with an initial velocity of 40 m/s. Taking g = 10 m/s2, find the maximum height reached by the stone. What are the net displacement and the total distance covered by the stone?Ans: Initial velocity, u = 40 ms-1

Time of ascend = Time of descending

Q22. The volume of a 500 g sealed packet is 350 cm3. Will the packet float or sink in water if the density of water is 1 g cm-3? What will be the mass of the water displaced by this packet? Ans:

The document NCERT Solutions - Gravitation Notes | Study Science Class 9 - Class 9 is a part of the Class 9 Course Science Class 9.
All you need of Class 9 at this link: Class 9