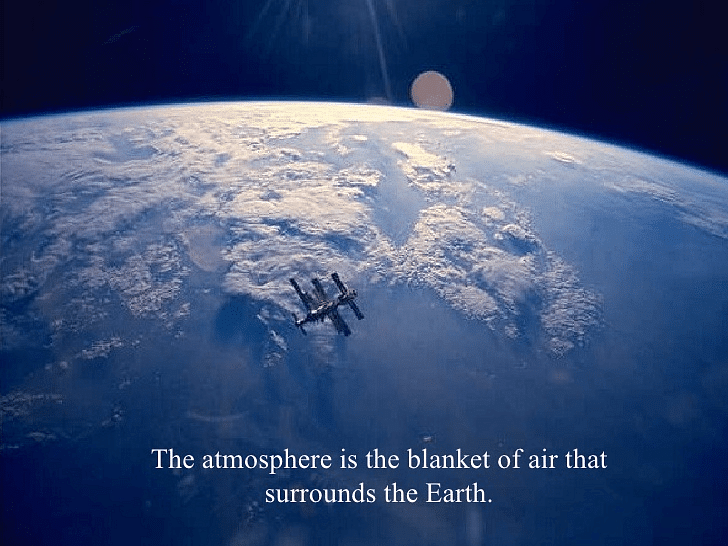 Q3. What causes winds?Ans: Winds are caused due to unequal heating of atmospheric air in different regions of the Earth. This phenomenon can be easily seen near the coastal regions during the daytime. The air above the land gets heated faster and starts rising. As this air rises, a region of low pressure is created and air over the sea moves into this area of low pressure. These air movements from one region to another result in winds.Q4. How are clouds formed?Ans: When water bodies are heated during the day then a large amount of water evaporates and goes into the air. Some amount of water vapour also gets into the atmosphere because of various biological activities. The air gets heated and rises up carrying the water vapour with it. The air expands on rising and cools which causes the water vapour in the air to condense in the form of tiny droplets. These water droplets get bigger and form clouds.Q5. List any three human activities that you think would lead to air pollution.Ans: Human activities that would lead to air pollution are:

Q2. What is the major source of fresh water in the city/town/village where you live?Ans: The major source of fresh water in the city I live in the underground water which is drawn out by tube wells and at household level by hand pumps. Also, huge tanks have been built by the municipal department from where it is supplied to households through a network of pipelines. Apart from that, the rivers flowing in the nearby areas and ponds also serve as a source of freshwater.Q3. Do you know about any activity which may be polluting this water source?Ans: Dumping of sewage and wastes from factories and households into these water bodies pollute this water source. Moreover, washing clothes and bathing at river shore also pollutes water

Q1. How is soil formed?Ans: The following factors help in the formation of soil.

Sun: Rays of the sun gradually heat the rocks and they expand during the daytime. During the night, the rocks cool and contract, uneven expansion and contraction of rocks develop cracks.

Water: Water helps in the formation of soil in two ways:

Wind: Strong wind erodes down rocks and also carries sand from one place to another.

Living organisms: Living organisms also help in the process of soil formation. Lichens grow on rock surfaces. While growing, they release certain substances that convert the rocks into powdery form and make a thin soil layer. Other small plants like moss grow on this surface and Lliey cause Lite rock to break further.Q2. What is soil erosion?Ans: It is the removal and thinning of the fertile topsoil from a region due to climate and physical processes, such as high rainfall, wind, etc.Q3. What are the methods of preventing or reducing soil erosion?Ans: The various methods for preventing and reducing soil erosion are:

Q1. What are the different states in which water is found during the water cycle?

Q1. Why is atmosphere essential for life?

Ans: Atmosphere is essential for life because of the following reasons:

Q2. Why is water essential for life?Ans: The Human body contains 60%-70% of water. All the substances are transported from one part of the body to the other in a dissolved form. Almost all the cellular processes take place in a water medium. In fact, all the reactions that take place within our body occur between substances that are dissolved in water. Hence, water is essential for life.Q3. How are living organisms dependent on the soil? Are organisms that live in water totally independent of soil as a resource?Ans: Living organisms are dependent on the soil in the following ways: