1. What have been the methods used to study the ruins of Hampi over the last two centuries? In what way do you think they would have complemented the information provided by the priests of the Virupaksha temple?

Ans. The engineer and antiquarian Colonel Colin Mackenzie brought the ruins of Hampi to light in 1800. He worked for many years in East India Company and prepared the first Survey maps of this site. His earlier information were based on the memories of priest of the Virupaksha temple and shrine of Pampadevi. From 1856 onwards, photographers started to record the pictures of monuments. The picture of the sites helped the scholars to study them. Dozens of inscription were collected from Virupaksha temples and other temples situated around temples.Historians collected information from these sources other sources such as accounts of foreign travellers and literature composed in Kannada, Telugu, Tamil and Sanskrit languages used by the historians so that the History of the city could be reconstructed. These functions complemented the information given priests of Virupaksha temple.

2. How were the water requirements of Vijayanagara met?(or)Explain how the people of Vijavanagara obtained water for their needs. 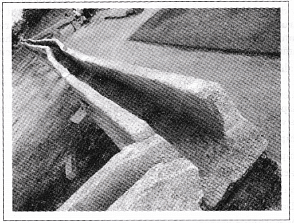 So the rulers of the Vijayanagara got built large embankments to store water. They also constructed reservoirs of varying sizes. They also make arrangements to store the rainwater as this was the most arid zone of the peninsula. A very large tank was found built in the fifteenth century to store water. The water tank presently known as Kamalapuram tank. The water of this tank was used for several Royal centre purposes.(i) The water from the tank was used to irrigate the nearby fields.(ii) The water of tank fulfilled the needs of the Royal centre.(iii) The Hiriya canal drew water from a dam across the Tungabhadra river which was used for irrigation.

3. What do you think were the advantages and disadvantages of enclosing agricultural land within the fortified area of the city?

Ans. Advantages of enclosing agriculture land within fortified area:(i) It had an elaborate canal system which drew water from the Tungabhadra to provide irrigation facilities.(ii) It enclosed agricultural tracts, cultivated fields, gardens and forests.(iii) This enclosure saved crops from being eaten by wild animals.(iv) In the medieval period, sieges were laid to starve the defending armies into submission. These sieges lasted for many months or many years. So the rulers of Vijayanagara adopted and elaborated a strategy to protect the agricultural belt and built large granaries.Disadvantages(i) This system was very expensive.(ii) During adverse, circumstances this system proved inconvenient to the farmers.(iii) The farmers had to seek the permission of gate-keeper to reach their field.(iv) If enemy encircled the field the farmer could not look after their field.

4.What do you think was the significance of the rituals associated with the mahanavami dibba?

Ans. The mahanavami Dibba was the King’s palace in Vijayanagara though there is no definite evidence. From the available source we can guess that it had very beautiful wooden structure with base of the platform was covered with relief carvings. The Mahanavami Dibba had a very impressive platform known as “the audience hall”. It was surrounded by high double walls a street running between them.Many rituals were associated with the Mahanavami dibba. Here the Hindu Festival Mahanavami or Navaratri were celebrated with a great pomp and show in the months of September-October. This festival continued for 9 days. The rulers of Vijayanagara Empire displayed their power, prestige and suzerainty. On this occasion several ceremonies were performed this included:(i) Worship of the different gods and goddesses(ii) Worship of the state horse.(iii) The sacrifice of buffaloes and other animals.(iv) The main attraction of this occasion were:(a) Dances(b) Wrestling matches(c) Processions of horses, elephants, chariots and soldiers.All these ceremonies presented before the king and his guests. On the last day of the festival, the king inspected his army as well as the nayakas of the army. He also accepted gift from the nayakas.

5. Fig. 7.33 is an illustration of another pillar from the Virupaksha temple. Do you notice any floral motifs? What are the animals shown? Why do you think they are depicted? Describe the human figures shown.

Ans. Given illustration of the pillar from the Virupaksha temple has pictures of plants bearing flowers and different animals-birds.Animals, birds include peacock, horse, duck, etc. These pictures were probably carved out on gateways to attract people. These pictures also express devotion, religiousness and-love for art of patronage ruler.Except this various kinds of animals and birds were associated with different gods and goddesses.That was why they were also worshipped.Human pictures include both deities and their worshippers respectively. A god is shown wearing malas and crown. He also has gadda in his hands.Probably he was the destroyer of Rakshashas. In another picture devotee is shown near the ‘Shivlinga’ His method of worship is also strange which is not applicable in any form.