Question 1: Explain why patriliny may have been particularly important among elite families.

Answer: Patriliny is the system through which descent from father to son and grandson is traced.

The principle of patriliny would have been essential for the elite families for the following reasons:1. Continuity of Dynasty:

2. Inheritance: In royal families, the acquisition of throne was included in the inheritance. After the death of a king, his eldest son was supposed to inherit the throne. After the death of the parents, the property was to be equally divided among all the sons. In fact, parents avoided disputes in the family after their death. Most of the royal families followed the patriliny since 600 B.C. But sometimes this system had exceptions also.

Question 2: Discuss whether kings in early states invariably were Kshatriyas.

Answer: As per the Dharmashastra, only Kshatriyas were supposed to be the kings. But it was also to be noted that many important ruling lineages perhaps had different origins. Mauryas were considered Kshatriyas by many people. 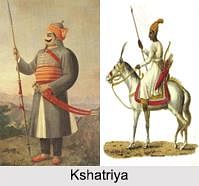 Question 3: Compare and contrast the dharma or norms mentioned in the stories of Drona, Hidimba, and Matanga.

Question 4: In what ways was the Buddhist theory of a social contract different from the Brahmanical view of a society derived from the Purusha Sukta?(VBQ)

Question 5: The following is an excerpt from the Mahabharata in which Yudhisthira, the eldest Jandava, speaks to Sanjaya, a messenger:Try and identify the criteria used to make this list – in terms of age, gender, kinship ties. Are there any other criteria? For each category, explain why they are placed in a particular position on the list.

Q.1. Critically examine the duties as laid down in Manusmriti for the chandalas. (HOTS) 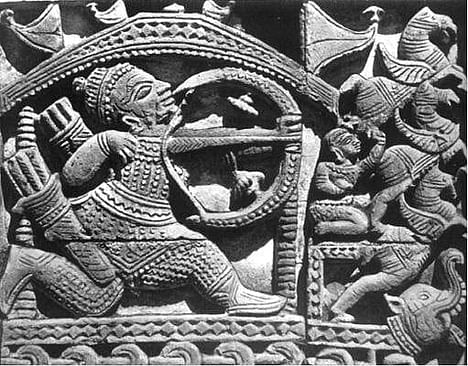 A terracotta sculpture depicting a scene from the Mahabharata

Q.4. Describe how, according to Manusmriti, paternal estate was to be divided after the death of the parents with special reference to the rights of women. (All India 2011)Answer:

Q.5. Describe the position of the untouchables in ancient society. (All India 2020)Answer: