Q2. Where did each of them find a home?Ans: One of the baby birds found its home near a cave where a gang of robbers lived and other baby bird found its home outside a rishi’s ashram.

Q4. What did the second bird say to him?Ans: The second bird welcomed the King to the ashram. He requested the stranger to go inside the ashram, take some rest and make himself comfortable. He further added that the first bird was his brother who had made friends with robbers, so he talked like them. 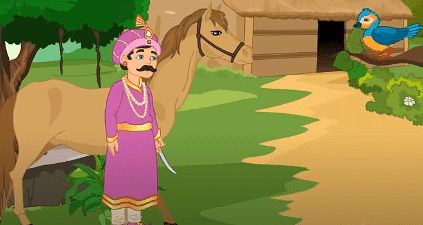 Q5. How did the rishi explain the different ways in which the birds behaved?Ans: The rishi explained that one is known by the company one keeps. Their behaviour depends on their company. The first bird always heard the robbers and therefore talks about robbing people. The second bird lived near the ashram and therefore welcomed him inside.