The document NCERT Solutions: Atoms And Molecules Notes | Study Science Class 9 - Class 9 is a part of the Class 9 Course Science Class 9.
All you need of Class 9 at this link: Class 9 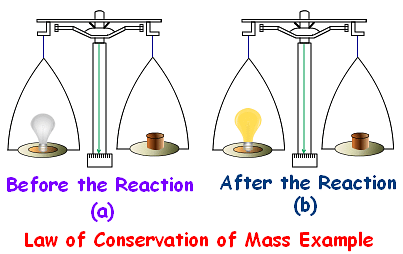 (b) Formula of Aluminium Chloride

Q2. Write down the names of compounds represented by the following formulae:(a) Al2(SO4)3(b) CaCl2(c) K2SO4(d) KNO3(e) CaCO3Ans: (a) Aluminium sulphate (b) Calcium chloride (c) Potassium sulphate (d) Potassium nitrate (e) Calcium carbonateQ3. What is meant by the term chemical formula?Ans: The chemical formula of a compound is a symbolic representation of its composition. 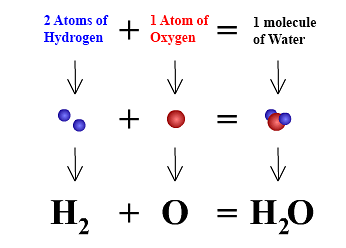 (i) H2S molecule has 2 atoms of hydrogen and 1 atom of sulphur hence 3 atoms in totality.

(ii) PO43- ion has 1 atom of phosphorus and 4 atoms of oxygen hence 5 atoms in totality.

Q1. A 0.24 g sample of a compound of oxygen and boron was found by analysis to contain 0.096 g of boron and 0.144 g of oxygen. Calculate the percentage composition of the compound by weight.Ans:

3 g of carbon + 8 g of oxygen = 11 g of Carbon dioxide 3 g of carbon will react with only 8.0 g of oxygen to form 11 g of carbon dioxide.50 - 8 = 42 g of O2 will remain unreacted.The law of constant proportion will govern the answer because carbon and oxygen combine in a fixed ratio.Q3. What are polyatomic ions? Give examples?Ans: The ion which is made up of more than one atom is called a polyatomic ion.Examples: PO43-, CO32-, NH4+Q4. Write the chemical formulae of the following:(a) Magnesium chloride (b) Calcium oxide (c) Copper nitrate (d) Aluminium chloride (e) Calcium carbonate.Ans:

Number of moles of sulphur

The document NCERT Solutions: Atoms And Molecules Notes | Study Science Class 9 - Class 9 is a part of the Class 9 Course Science Class 9.
All you need of Class 9 at this link: Class 9