The document NCERT Solutions: Biodiversity & Conservation Notes | Study Biology Class 12 - NEET is a part of the NEET Course Biology Class 12.
All you need of NEET at this link: NEET

Ques 1: Name the three important components of biodiversity.Ans 1: Biodiversity is the variety of living forms present in various ecosystems. It includes variability among life forms from all sources including land, air, and water. 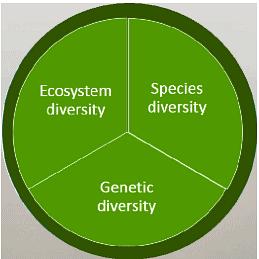 Ques 2: How do ecologists estimate the total number of species present in the world?Ans 2: The diversity of living organisms present on the Earth is very vast. According to an estimate by researchers, it is about seven millions.

1. Tropical latitudes receive more solar energy than temperate regions, which leads to high productivity and high species diversity.2. Tropical regions have less seasonal variations and have a more or less constant environment. This promotes the niche specialization and thus, high species richness.3. Temperate regions were subjected to glaciations during the ice age, while tropical regions remained undisturbed which led to an increase in the species diversity in this region.Ques 4: What is the significance of the slope of regression in a species − area relationship?Ans 4: The slope of regression (z) has a great significance in order to find a species area relationship. It has been found that in smaller areas (where the species-area relationship is analysed), the value of slopes of regression is similar regardless of the taxonomic group or the region. However, when a similar analysis is done in larger areas, then the slope of regression is much steeper.Ques 5: What are the major causes of species losses in a geographical region?Ans 5: Biodiversity is the variety of living forms present in various ecosystems. It includes variability among life forms from all sources including land, air, and water. Biodiversity around the world is declining at a very fast pace. The following are the major causes for the loss of biodiversity around the world.1. Habitat loss and fragmentation: Habitats of various organisms are altered or destroyed by uncontrolled and unsustainable human activities such as deforestation, slash and burn agriculture, mining, and urbanization. This results in the breaking up of the habitat into small pieces, which effects the movement of migratory animals and also, decreases the genetic exchange between populations leading to a declination of species. 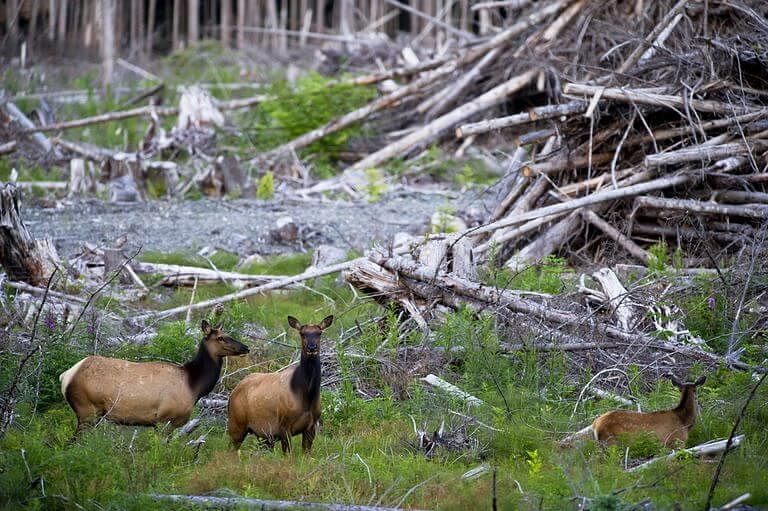 2. Over-exploitation: Due to over-hunting and over-exploitation of various plants and animals by humans, many species have become endangered or extinct (such as the tiger and the passenger pigeon).3. Alien species Invasions: Accidental or intentional introduction of non-native species into a habitat has also led to the declination or extinction of indigenous species. For example, the Nile perch introduced in Lake Victoria in Kenya led to the extinction of more than two hundred species of native fish in the lake.4. Co-extinction: In a native habitat, one species is connected to the other in an intricate network. The extinction of one species causes the extinction of other species, which is associated with it in an obligatory way. For example, the extinction of the host will cause the extinction of its parasites.Ques 6: How is biodiversity important for ecosystem functioning?Ans 6: An ecosystem with high species diversity is much more stable than an ecosystem with low species diversity. Also, high biodiversity makes the ecosystem more stable in productivity and more resistant towards disturbances such as alien species invasions and floods. 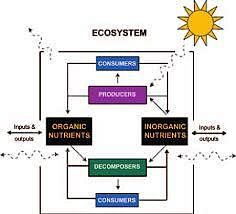 If an ecosystem is rich in biodiversity, then the ecological balance would not get affected. As we all know, various tropic levels are connected through food chains. If any one organism or all organisms of any one tropic level is killed, then it will disrupt the entire food chain.

For example, in a food chain, if all plants are killed, then all deer’s will die due to the lack of food. If all deer’s are dead, soon the tigers will also die. Therefore, it can be concluded that if an ecosystem is rich in species, then there will be other food alternatives at each tropic level which would not allow any organism to die due to the absence of their food resource.

Hence, biodiversity plays an important role in maintaining the health and ecological balance of an ecosystem.Ques 7: What are sacred groves? What is their role in conservation ?Ans 7: Sacred groves are tracts of forest which are regenerated around places of worship. Sacred groves are found in Rajasthan, Western Ghats of Karnataka and Maharashtra, Meghalaya and Madhya Pradesh.

Sacred groves help in the protection of many rare, threatened, and endemic species of plants and animals found in an area. The process of deforestation is strictly prohibited in this region by tribals. Hence, the sacred grove biodiversity is a rich area.Ques 8: Among the ecosystem services are control of floods and soil erosion. How is this achieved by the biotic components of the ecosystem?Ans 8: The biotic components of an ecosystem include the living organisms such as plants and animals. Plants play a very important role in controlling floods and soil erosion. The roots of plants hold the soil particles together, thereby preventing the top layer of the soil to get eroded by wind or running water. 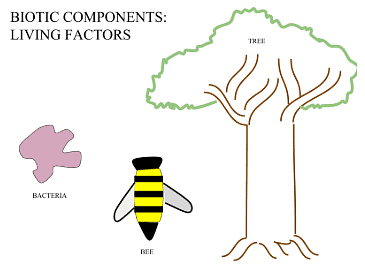 The roots also make the soil porous, thereby allowing ground water infiltration and preventing floods. Hence, plants are able to prevent soil erosion and natural calamities such as floods and droughts. They also increase the fertility of soil and biodiversity.Ques 9: The species diversity of plants (22 per cent) is much less than that of animals (72 per cent). What could be the explanations to how animals achieved greater diversification?Ans 9: More than 70 percent of species recorded on the Earth are animals and only 22 percent species are plants. There is quite a large difference in their percentage. This is because animals have adapted themselves to ensure their survival in changing environments in comparison to plants. For example, insects and other animals have developed a complex nervous system to control and coordinate their body structure. Also, repeated body segments with paired appendages and external cuticles have made insects versatile and have given them the ability to survive in various habitats as compared to other life forms.Ques 10: Can you think of a situation where we deliberately want to make a species extinct? How would you justify it?Ans 10: Yes, there are various kinds of parasites and disease-causing microbes that we deliberately want to eradicate from the Earth. Since these micro-organisms are harmful to human beings, scientists are working hard to fight against them.

Scientists have been able to eliminate small pox virus from the world through the use of vaccinations. This shows that humans deliberately want to make these species extinct. Several other eradication programs such as polio and Hepatitis B vaccinations are aimed to eliminate these disease-causing microbes.

The document NCERT Solutions: Biodiversity & Conservation Notes | Study Biology Class 12 - NEET is a part of the NEET Course Biology Class 12.
All you need of NEET at this link: NEET