The document NCERT Solutions Chapter 10 - Circles (II), Class 9, Maths Class 9 Notes | EduRev is a part of Class 9 category.
All you need of Class 9 at this link: Class 9 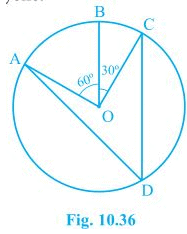 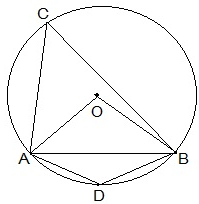 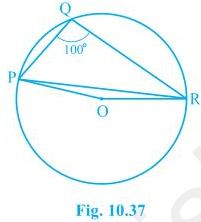 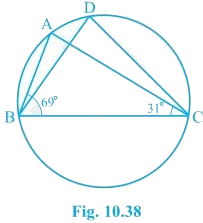 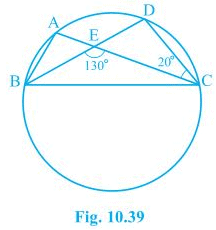 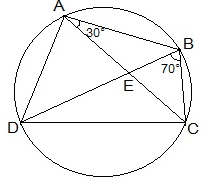 7. If diagonals of a cyclic quadrilateral are diameters of the circle through the vertices of the quadrilateral, prove that it is a rectangle.

Answer
Let ABCD be a cyclic quadrilateral and its diagonal AC and BD are the diameters of the circle through the vertices of the quadrilateral. 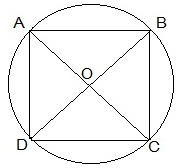 8. If the non-parallel sides of a trapezium are equal, prove that it is cyclic.

Answer
Given,
ABCD is a trapezium where non-parallel sides AD and BC are equal.
Construction,
DM and CN are perpendicular drawn on AB from D and C respectively.
To prove,
ABCD is cyclic trapezium. 9. Two circles intersect at two points B and C. Through B, two line segments ABD and PBQ are drawn to intersect the circles at A, D and P, Q respectively (see Fig. 10.40). Prove that ∠ACP = ∠QCD. 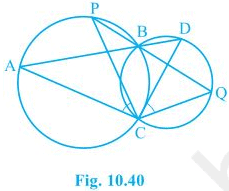 10. If circles are drawn taking two sides of a triangle as diameters, prove that the point of intersection of these circles lie on the third side.

Answer
Given,Two circles are drawn on the sides AB and AC of the triangle ΔABC as diameters. The circles intersected at D.

To prove,D lies on BC. We have to prove that BDC is a straight line. 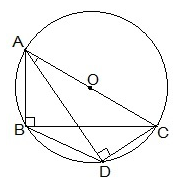 12. Prove that a cyclic parallelogram is a rectangle.

Answer
Given,
ABCD is a cyclic parallelogram.
To prove,
ABCD is rectangle. 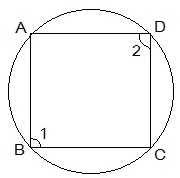