Ques 2. Why did kings want to control the Silk Route?

Ans: The kings wanted to control the silk route because they believed that they would benefit from taxes, tributes and gifts that were brought by the traders travelling along the route.

Ques 3. What kinds of evidence do historians use to find out about trade and trade routes?

Ans: To find about trade and trade routes, historians use evidence present in the literature of the period like sangam poems and Sangam literature. Also, historians use objects like pottery, bowls and plates, found from several archaeological sites as evidence. 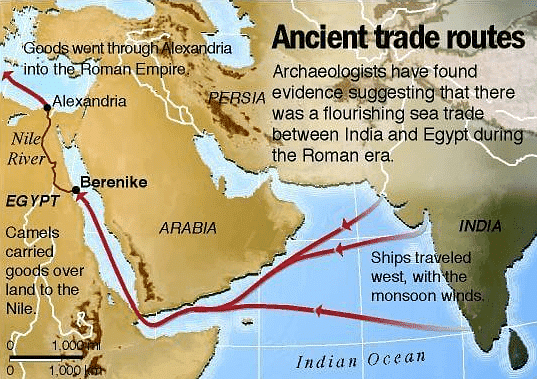 South India was famous for gold, spices, especially pepper, and precious stones which were carried by ships, across the sea, and by land in caravans to Rome. Many Roman gold coins have been found in south India which proved the trade relations between ancient India and Rome.

Ques 4. What were the main features of Bhakti?

Ans: The main features of Bhakti were:

Ques 5. Discuss the reasons why the Chinese pilgrims came to India.

Ans: The Chinese pilgrims such as Fa Xian, Xuan Zang, I-Qing came to India to visit places associated with the life and teachings of the Buddha as well as famous monasteries.

Some like Xuan Zang spent time studying in Nalanda the most famous Buddhist monastery of the period. 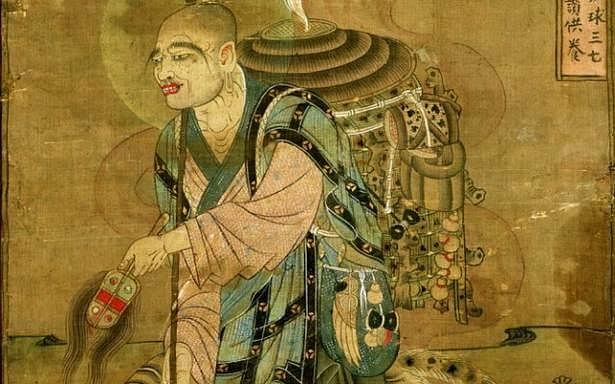 Ques 6. Why do you think ordinary people were attracted to Bhakti?

Ordinary people were attracted to Bhakti because anybody, whether rich or poor, belonging to the so-called ‘high’ or ‘low’ castes, man or woman, could follow the path of Bhakti.