The document NCERT Solutions(Part - 1) - Algebra Class 6 Notes | EduRev is a part of the Class 6 Course Mathematics (Maths) Class 6.
All you need of Class 6 at this link: Class 6

Q1. Find the rule which gives the number of matchsticks required to make the following matchstick patterns. Use a variable to write the rule.

(a) A pattern of letter T as

(b) A pattern of letter Z as

(c) A pattern of letter U as

(d) A pattern of letter V as

(e) A pattern of letter E as

(f) A pattern of letter S as

(g) A pattern of letter A as

Q2. We already know the rule for the pattern of letters L, C and F. Some of the letters from Q.1 (given above) give us the same rule as that given by L. Which are these? Why does this happen?Ans: The letter ‘T’ and ‘V’ has pattern 2n since 2 matchsticks are used in all these letters.

Q7. Radha is drawing a dot Rangoli (a beautiful pattern of lines joining dots with chalk powder. She has 9 dots in a row. How many dots will her Rangoli have for r rows? How many dots are there if there are 8 rows? If there are 10 rows? Q11: (a) Look at the following matchstick pattern of squares (Fig 11.6). The squares are not separate. Two neighbouring squares have a common matchstick. Observe the patterns and find the rule that gives the number of matchsticks

Therefore the pattern is 3x + 1, where x is the number of squares

Q2. The Side of a regular hexagon (see the given figure) is denoted by l. Express the perimeter of the hexagon using l.

(Hint: A regular hexagon has all its six sides equal in length.)

Ans: Side of hexagon = lTherefore, Perimeter of Hexagon = 6 x side = 6l

Q3. A cube is a three-dimensional figure as shown in the given figure. It has six faces and all of them are identical squares. The length of an edge of the cube is given by l. Find the formula for the total length of the edges of a cube. 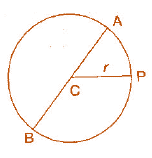 Q3. Identify the operations (addition, subtraction, division, multiplication) in the following expressions and tell how the expressions have been formed.

Q4. Give expressions for the following cases.

(h) p multiplied by − 5Ans: -5pQ5. Give expressions in the following cases.