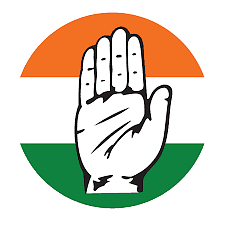 Q.3. What economic impact did the First World War have on India?Ans.(i) The First World War led to a huge rise in the defence expenditure of the Government of India. The government in turn increased taxes on individual incomes and business profits.(ii) Increased military expenditure and the demands for war supplies led to a sharp rise in prices which created great difficulties for the common people. They found it difficult to fulfil even their essential needs.(iii) On the other hand, business groups reaped fabulous profits from the war. The war created a demand for industrial goods such as jute bags, cloth and rails, and caused a decline in the imports from other countries into India. As a result, Indian industries expanded during the war.Q.4. What did the Muslim League resolution of 1940 ask for?Ans. The Muslim League resolution of 1940 asked for "Independent States" for Muslims in the North-Western and Eastern areas of the country.

Q.5. Who were the Moderates? How did they propose to struggle against British rule?Ans. In the first twenty years of its existence, the Congress was “moderate” in its objectives and methods or we can say that “Moderates” were the leaders of the Congress who presented their demands to the British in a moderate way and they wanted gradual reforms. They aimed at better and friendly association with the British. They proposed to struggle against British rule in a non-violent manner which the radicals called “politics of petitions”. The moderates included leaders like Surendranath Banerjee, Pherozeshah Mehta and Gopal Krishna Gokhale.

Proposed methods to struggle against the British government:

Q.6. How was the politics of the Radicals within the Congress different from that of the Moderates?Ans. To fight for swaraj, the radicals advocated mass mobilisation and boycott of British institutions and goods. Some individuals also began to suggest that “revolutionary violence” would be necessary to overthrow British rule. Moderates, on the other hand, wanted to follow the rules and law and order posed by the British. They followed the ‘practice of prayers’ which radicals totally opposed.Q.7. Discuss the various forms that the Non-Cooperation Movement took in different parts of India. How did the people understand Gandhiji?Ans. During 1921 and 1922 the Non-Cooperation Movement gained momentum. Students left their schools. Lawyers gave up their practices, British titles were surrendered and people lit public bonfires of foreign cloths.

(i) The Non-Cooperation movement gained momentum differently in different parts of India:

(ii) The way in which the people understood Mahatma Gandhi:Gandhi Ji was thought of by people as a messiah, someone who could help them overcome their misery and poverty. Peasants were hopeful that Gandhiji wished to build their fight against Zamindars. For instance, at the end of a powerful movement, peasants of Pratapgarh in the United Provinces managed to stop illegal eviction of tenants but they felt it was Gandhiji who had won this demand for them. Agricultural labour felt that he provide them with the land. 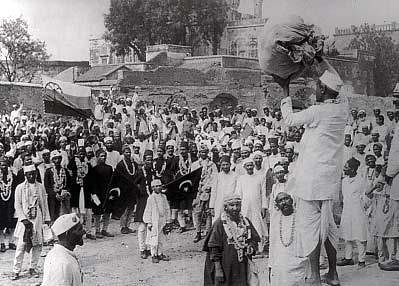 Q.8. Why did Gandhiji choose to break the salt law?Ans. Gandhiji chose to break the salt law as the British government had a monopoly on the manufacture and sale of salt. It also imposed a tax on the sale of salt. Gandhiji believed that it was sinful to tax salt as it was an essential part of food. He led a march to the coastal town of Dandi, where he broke the salt law by gathering natural salt found on the seashore, and boiling seawater to produce salt. 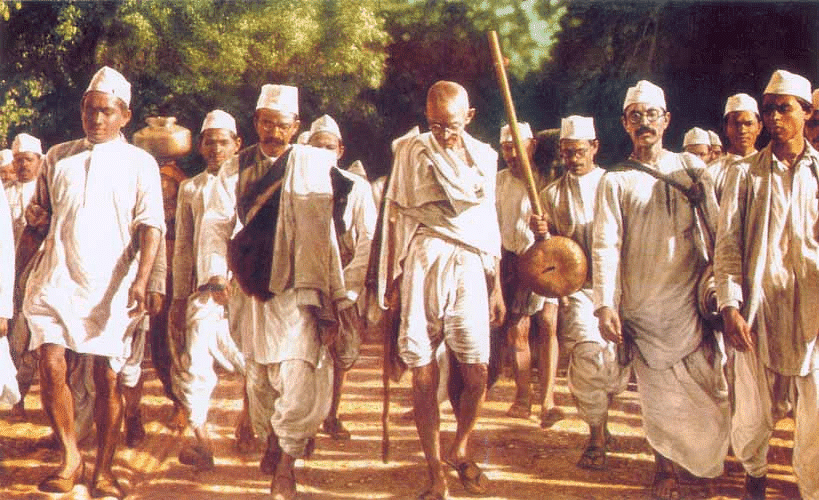