The document NCERT Solutions - Introduction to Graphs Notes - Class 8 is a part of Class 8 category.
All you need of Class 8 at this link: Class 8

The following graph shows the temperature of a patient in a hospital, recorded every hour: 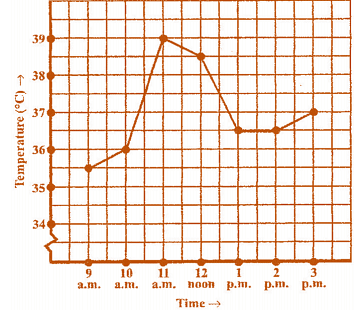 (c) The patient’s temperature was the same two times during the period given. What were these two times?

(e) During which periods did the patients’ temperature showed an upward trend?

The following line graph shows the yearly sales figures for a manufacturing company. 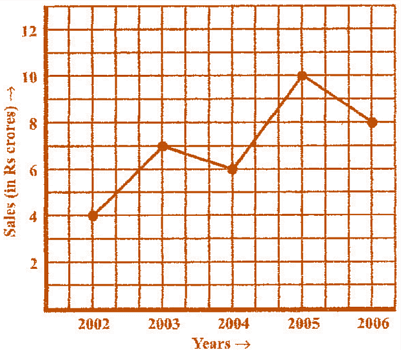 (d) In which year was there the greatest difference between the sales as compared to its previous year?

For an experiment in Botany, two different plants, plant A and plant B were grown under similar laboratory conditions. Their heights were measured at the end of each week for 3 weeks. The results are shown by the following graph. 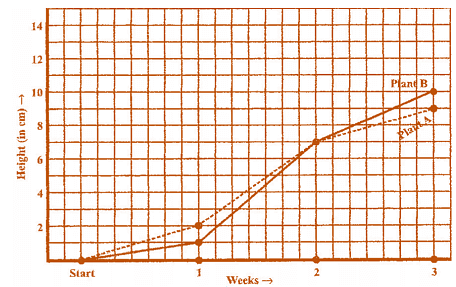 (c) How much did Plant A grow during the 3rd week?

(e) During which week did Plant A grow most?

(f) During which week did Plant B grow least?

(g) Were the two plants of the same height during any week shown here? Specify.

(e) Plant A grew the highest during second week.

(f) Plant B grew the least during first week.

(g) At the end of the second week, plant A and B were of the same height.

(a) On which days was the forecast temperature the same as the actual temperature?

(b) What was the maximum forecast temperature during the week?

(c) What was the minimum actual temperature during the week?

(d) On which day did the actual temperature differ the most from the forecast temperature? 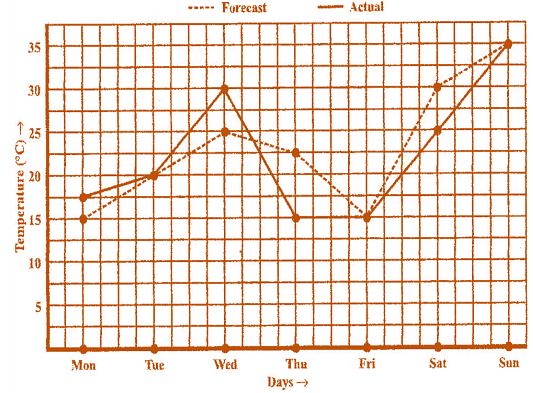 (a) On Tuesday, Friday and Sunday, the forecast temperature was same as the actual temperature.

(b) The maximum forecast temperature was 35o C.

Use the tables below to draw linear graphs.

(a) The number of days a hill side city received snow in different years.

(b) Population (in thousands) of men and women in a village in different years. 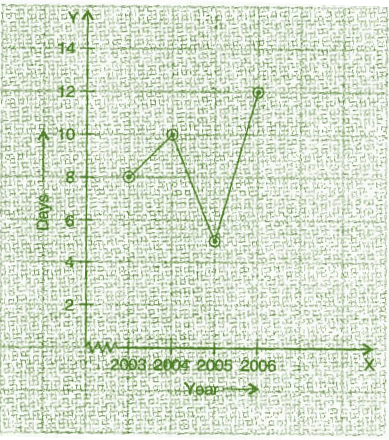 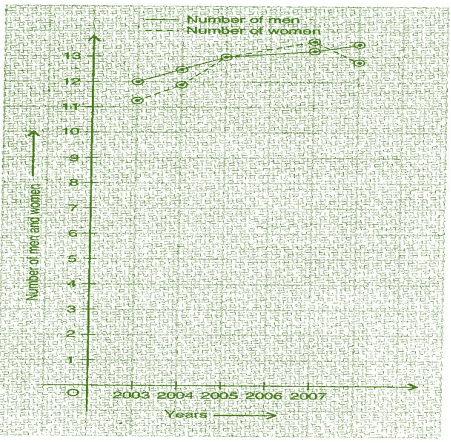 A courier-person cycles from a town to a neighbouring suburban area to deliver a parcel to a merchant. His distance from the town at different times is shown by the following graph.

(a) What is the scale taken for the time axis?

(b) How much time did the person take for the travel?

(c) How far is the place of the merchant from the town?

(d) Did the person stop on his way? Explain.

(e) During which period did he ride fastest?

Can there be a time-temperature graph as follows? Justify your answer. 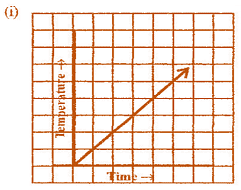 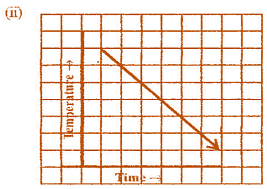 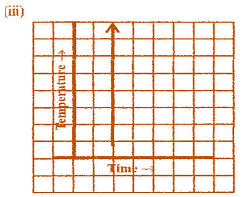 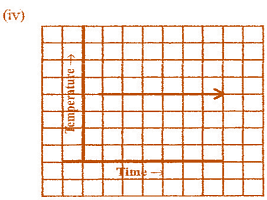 (i) It is showing the increase in temperature.

(ii) It is showing the decrease in temperature.

(iv) It is showing constant temperature.

Plot the following points on a graph sheet. Verify if they lie on a line 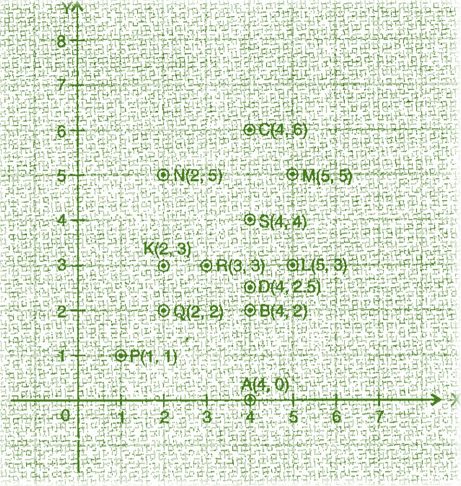 (b) P, Q, R and S points also make a line. It verifies that these points lie on a line.

(c) These points do not lie in a straight line.

Draw the line passing through (2, 3) and (3, 2). Find the coordinates of the points at which this line meets the x-axis and y-axis. 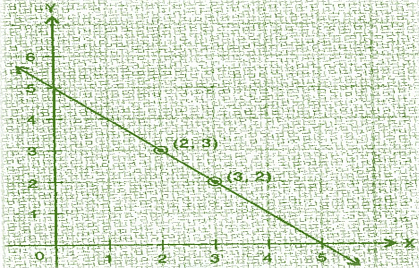 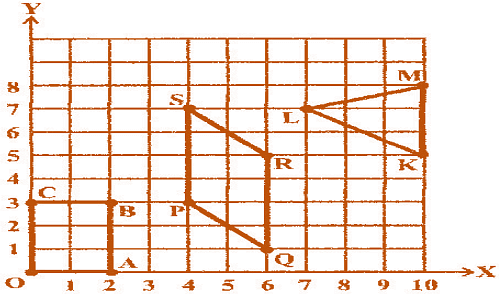 State whether True or False. Correct that are false.

The document NCERT Solutions - Introduction to Graphs Notes - Class 8 is a part of Class 8 category.
All you need of Class 8 at this link: Class 8