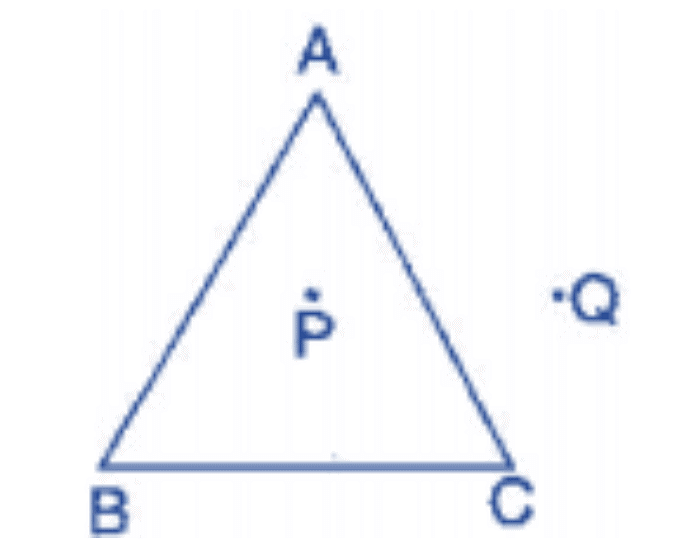 A is neither interior of the figure nor exterior of triangle. It is a vertexQues 2:

(d) Triangles having common ∠B: ΔABC, ΔABD,Exercise 4.5Ques 1: Draw a rough sketch of a quadrilateral PQRS. Draw its diagonals. Name them. Is the meeting point of the diagonals in the interior or exterior of the quadrilateral? Ans: 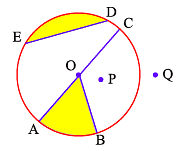 (a) The centre of circle (b) Three radii (c) a diameter (d) a chord (e) Two points in the interior(f) a point in the exterior(g) a sector(h) a segmentAns:

(a) Its centre is O.(b) A radius is OB.(c) A diameter is AC.(d) A sector OAB.Ques 4: Say true or false: (a) Two diameters of a circle will necessarily intersect. (b) The centre of a circle is always in its interior. Ans: (a) True(b) True