The document NCERT Solutions - Government Budget and Economy Commerce Notes | EduRev is a part of the Commerce Course Economics Class 12.
All you need of Commerce at this link: Commerce

Question 1: Explain why public goods must be provided by the government.Answer: A good that is non-rival and non-excludable is referred to as public good. Non-rival means that consumption by one individual does not affect the consumption of another individual. Whereas, non-excludable implies that no individual can be excluded from using the good. For example, parks, roads, national defence, etc.These goods must be provided by the government because of the following reasons:1. The benefits of public goods can be easily enjoyed by anyone without affecting the consumption of other individuals. There arises market failure.2. No individual can be excluded from using public goods as it is available to all. The link between the producer and the consumer becomes non-functional, necessitating government interference through public provisions. 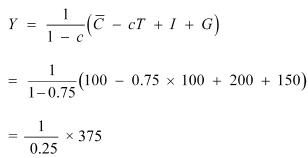 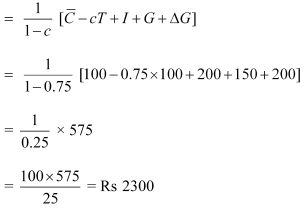 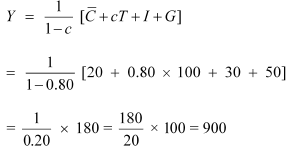 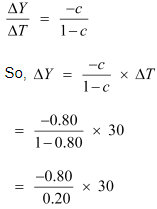 Question 9: Suppose marginal propensity to consume is 0.75 and there is a 20 per cent proportional income tax. Find the change in equilibrium income for the following (a) Government purchases increase by 20 (b) Transfers decrease by 20.Answer: In case of proportional taxes 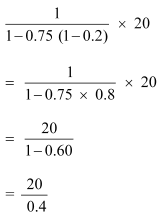 = −4This shows that government expenditure multiplier is more than tax multiplier.