(a) What are the major landforms?

The major landforms of the earth are Mountains, Plateaus and Plains. 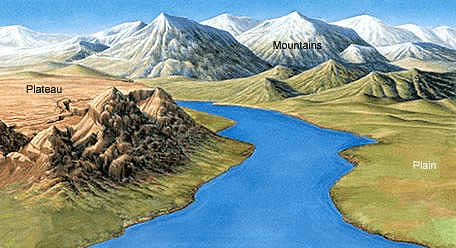 (b) What is the difference between a mountain and a plateau? 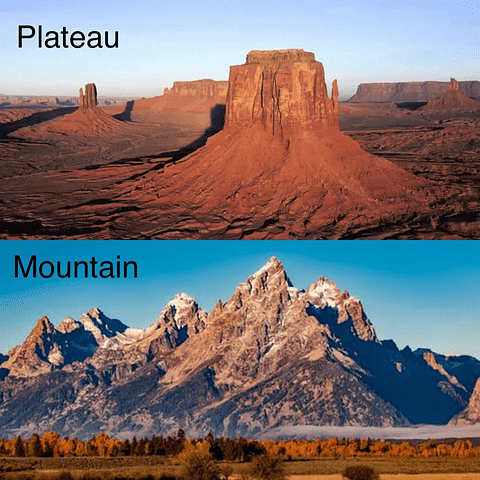 (c) What are the different types of mountains?

The different types of mountains are fold, block and volcanic.

(d) How are mountains useful to man?

Mountains useful to man in the following ways: 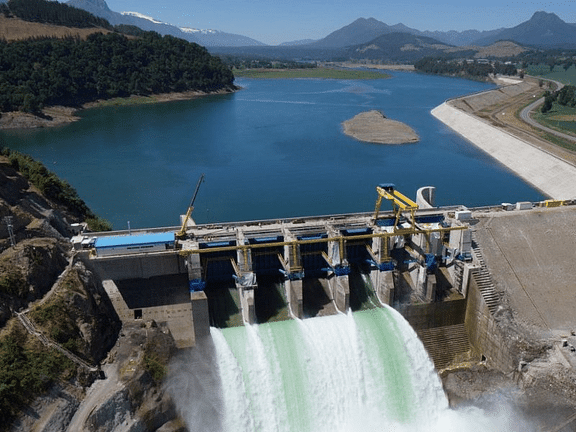 A Hydro- Power project in the Mountains

(e) How are plains formed?

Most of the plains are formed by rivers and their tributaries. The rivers flow down the slopes of mountains and erode them. They carry forward the eroded material. Then they deposit their load consisting of stones, sand and silt along with their courses and in their valleys. It is from these deposits that plains are formed.

(f) Why are the river plains thickly populated?

The river plains thickly populated as more flat land is available for building houses, as well as for cultivation.

(g) Why are mountains thinly populated?

The mountains are thinly populated because of the harsh climate. Also, the slopes are steep, less land is available for farming.

Ques 3. Fill in the blanks.

2. The Himalayas and the Alps are examples of ____types of mountains.

5. The ____areas are most productive for farming.

On an outline map of the world, mark the following :(a) Mountain ranges: Himalayas, Rockies and Andes.(b) Plateau: Tibet. 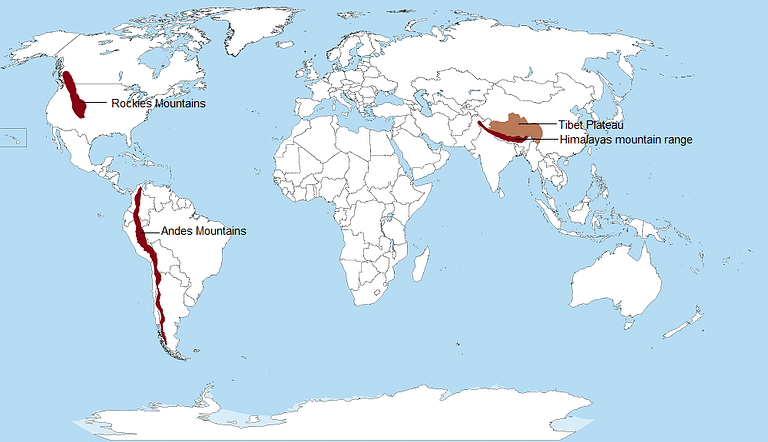