(g) Why is Lakshadweep known as a coral island?Ans: Lakshdweep island is known as coral island because it has been made up of coral, which are skeletons of tiny marine animals called polyps. When the living polyps die, other polyps grow on top of their hard skeletons. They grow higher and higher and thus form coral islands.

(b) The Greater Himalayas are also known as____.Ans:  Himadri

(c) The largest state in India in terms of area is_____.Ans:  Rajashthan

(e) The latitude that runs almost halfway through India is ____.Ans:  Tropic of Cancer

Q.1. On an outline map of India, mark the following.(a) Tropic of Cancer(b) Standard Meridian of India(c) State in which you live(d) Andaman Islands and Lakshadweep Islands(e) Western Ghats and Eastern GhatsAns: 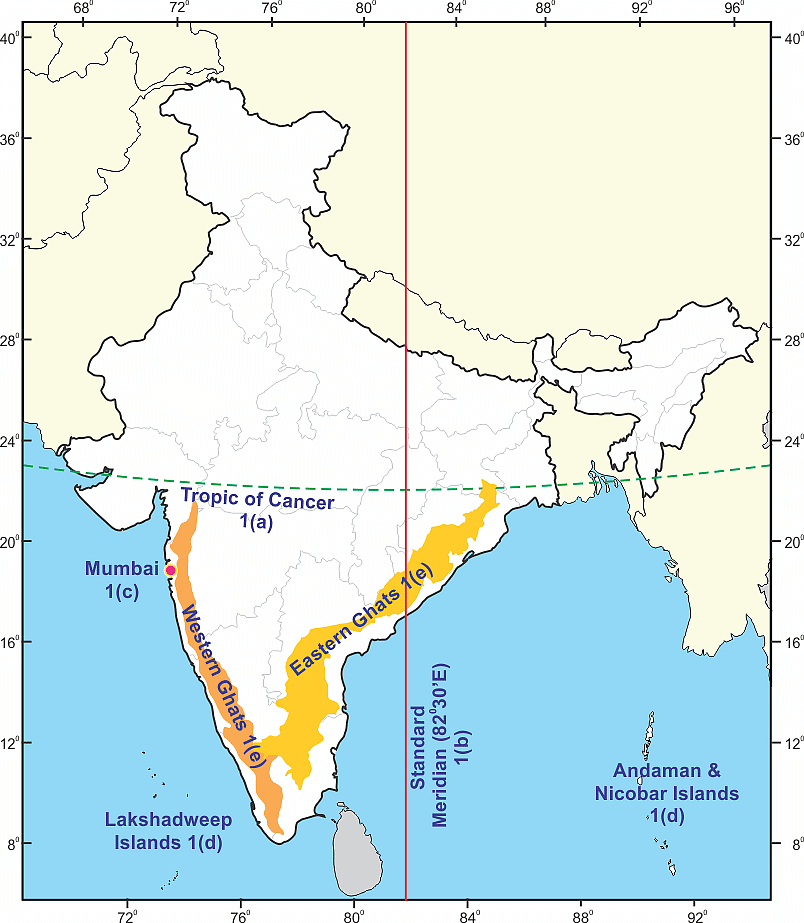