Ques 1. Fill in the blanks:

(a) __ was a word used for large landowners in Tamil.

(b) The gramabhojaka often got his land cultivated by the ______ 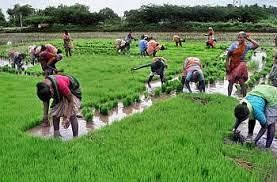 Fig: Uzhavar a Scheme for former in Tamil Nadu

(d) Most grihapatis were ___ landowners

Ques 2. Describe the functions of the gramabhojaka. Why do you think he was powerful?

Ans: The functions of gramabhojaka are collection of taxes, functioned as a judge, and sometimes as a policeman.He was largest landowner also he had slaves and hired workers to cultivate the land therefore, he was powerful.

Ques 3. List the crafts persons who would have been present in both villages and cities.

Ans: The crafts persons who would be present in both villages and cities were goldsmiths, blacksmiths, weavers, basket makers, garland makers, perfumers.

(a) Ring wells were used for:

(b) Punch marked coins were made of:

(c) Mathura was an important:

(d) Shrenis were associations of:

Ques 1. Which of the iron tools shown on page 87 would have been important for agriculture? What would the other tools have been used for?

Ques 2. Compare the drainage system in your locality with that of the cities mentioned in the lesson. What similarities and differences do you notice? 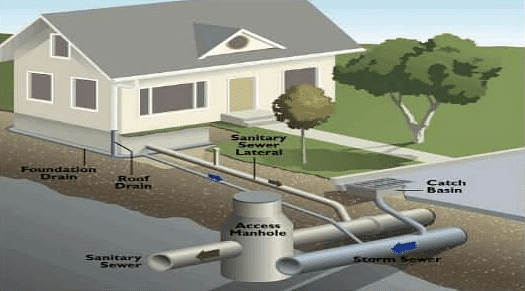 The kitchen, bathrooms and toilets are connected with main drain present outside through the help of pipelines. In ancient cities, they had ring well system. The rows of pots, or ceramic rings arranged one on top of the other which had been used as toilets in some cases, and as drains and garbage dumps.

Similarities:• Drainage system were and are found in individual houses.

• Use of rings and pots.