Q.1. Which of these is not a function of the constitution?(a) It gives a guarantee of the rights of the citizen.(b) It marks out different spheres of power for different branches of government.(c) It ensures that good people come to power.(d) It gives expression to some shared values.Ans. (c)Solution

It ensures that good people come to power. The Constitution is responsible for the framework of distribution of power and not for the personal integrity of the people who occupy the positions of power.

Q.3. State whether the following statements about a constitution are True or False.(a) Constitutions are written documents about formation and power of the government.(b) Constitutions exist and are required only in democratic countries.(c) Constitution is a legal document that does not deal with ideals and values.(d) A constitution gives its citizens a new identity.Ans. (a) True(b) False(c) False(d) TrueQ.4. State whether the following inferences about the making of the Indian Constitution are Correct or Incorrect. Give reasons to support your answer.(a) The Constituent Assembly did not represent the Indian people since it was not elected by all citizens.(b) Constitution making did not involve any major decision since there was a general consensus among the leaders at that time about its basic framework.(c) There was little originality in the Constitution, for much of it was borrowed from other countries.Ans. (a) The statement is incorrect because the Constituent Assembly was elected by the members of the Provisional Legislative Assemblies. Members from every province and religious group were given representation in the assembly.(b) Correct: Objective resolution containing principles was moved by Nehru in 1946 brought by the nationalist movement. Constituent assembly couldn’t have functioned without any background consensus on main principles. Our constitution does not have only rules and procedures but a moral commitment also to establish a government to fulfil the promises made to people.
(c) It is incorrect to say because though they borrowed a number of provisions from constitution of different countries but it was not based on slavish imitations. Long debates and discussions also took place to examine the suitability to the conditions prevailing in India along with problems and aspirations of the people.

Q.5. Give two examples each to support the following conclusions about the Indian Constitution:(a) The Constitution was made by credible leaders who commanded peoples' respect.(b) The Constitution has distributed power in such a way as to make it difficult to subvert it.(c) The Constitution is the locus of people's hopes and aspirations.Ans.
(a) The Constitution was made by credible leaders who commanded peoples' respect.
(i) The members of the Constituent Assembly represented all religions as well as sections of the society. There were 26 members from the Scheduled classes as well as members from Hindu, Sikh and Muslim communities. Representatives were elected by the members of each community in the Provincial Legislative Assembly through proportional representation.
(ii) The Provinces and Princely States were allotted seats in proportion to their population, approximately in the ratio of 1:10,00,000. Members of the Constituent Assembly like Nehru, Patel, Rajendra Prasad and Ambedkar were also a part of the national movement and enjoyed credibility among masses.

(c) The Constitution is the locus of people's hopes and aspirations.
(i) Indian Constitution is formed on the basis of common goals of Indian people that were expressed during the nationalist movement. It was reflected in the Objectives Resolution that defined the aims of the assembly.
(ii) The Constitution provides institutional expression to ideas of equality, liberty, sovereignty, democracy and cosmopolitan identity. 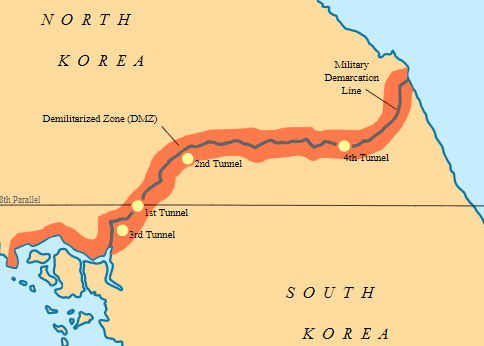 Q.8. The Japanese Constitution was made when the US occupation army was still in control of Japan after its defeat in the Second World War. The Japanese constitution could not have had any provision that the US government did not like. Do you see any problem in this way of making the constitution? In which way was the Indian experience different from this?Ans.
(a) The problem in Japan with making a constitution that is influenced by external factors or occupants is that it does not represent the will, goals and aspirations of the citizens of the country. The Japanese constitution was framed under the supervision of American General MacArthur. Citizens have little participation in the type of government and institutions that are imposed upon them.
(b) It also compromises on the sovereignty of the country. Thus, in many ways, it is an enforced constitution.
(c) The Indian experience of constitution-making was different as it was based upon ideologies that were influenced by nationalist movement. The Constituent Assembly of India itself had many leaders who participated in the national movement and thus, were representative of the voice of the nation.
(d) Sovereignty and freedom were the main goals of the Indian nationalist movement that also gave way to ideals of equality, fraternity, and secularism. This is the reason behind the democratic, secular and sovereign character of the Indian Constitution.

Q.9. Rajat asked his teacher this question: “The constitution is a fifty year old and therefore outdated book. No one took my consent for implementing it. It is written in such tough language that I cannot understand it. Tell me why should I obey this document?” If you were the teacher, how would you answer Rajat?Ans.
(a) The Constitution is not an outdated book as it represents universal values, ideals and rights that are relevant to society in every age. The ideals of secularism, equality and fraternity are necessary for the creation of a just society. The democratic form of government provides representation to the collective will of the people.
(b) The Constitution is also a source of the rights and privileges that are enjoyed by all citizens of the state. It provides immunity against arbitrary action by the state and makes it accountable for its decisions. It provides a stake for the citizens in the election and running of the government and development of the country.
(c) The Constitution has the provision of amendments to ensure that it keeps up with requirements of the changing times, without compromising on its basic structure.
(d) Thus, the constitution is a necessary requirement for the smooth and orderly working of institutions and maintenance of stability and continuity along with changes in the society. It creates conditions in which the ordinary citizens can live their life according to their individual choice. It upholds the rules of law, places limits on power and prevents anarchy.

Q.10. In a discussion on the experience of the working of our Constitution, three speakers took three different positions:
(a) Harbans: The Indian Constitution has succeeded in giving us a framework of democratic government.
(b) Neha: The Constitution made solemn promises of ensuring liberty, equality and fraternity. Since this has not happened, the Constitution has failed.
(c) Nazima: The Constitution has not failed us. We have failed the Constitution.
Do you agree with any of these positions? If yes, why? If not, what is your own position?Ans.
Any answer supported with argument or explanation would solve the purpose. It is strongly recommended that you prepare the solution on your own. However, one sample solution has been provided for your reference:(a) The position of Harbans is correct. The constitution has succeeded in creating a framework of democratic government within which people exercise their choice while electing the government. Elections are conducted regularly at all levels of government and institutional arrangements have been largely successful in preventing the subversion of the Constitution.
(b) The position of Neha is not correct. While it is true that the country is yet to entirely achieve the stated goals of liberty, equality and fraternity, it must be also remembered that these goals are not a static but dynamic process since society is always evolving. The inability to achieve these goals cannot be attributed to the constitution but rather to the individual shortcomings and weaknesses of the people who are in position of power and the nature of politics in recent years.
(c) The position of Nazima is correct. The Constitution has adequate principles for proper governance of the country. The people who are responsible for executing and implementing the principles of the constitution have failed to do so because of their self-interest and dishonesty. The tendency to subvert democratic processes in pursuit of power has led to the state of affairs where elections are rigged, money and muscle power becomes important and political parties are run as family institutions without inner-party democracy. All this is responsible for the rampant rise in corruption as people who gain positions of power through money want to recover their expenditure.