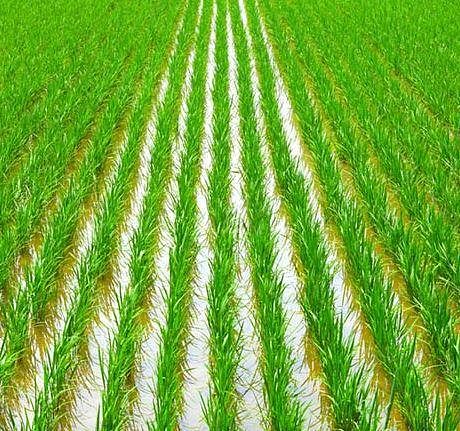 Ques 4: Write a paragraph in your own words on each of the following: (a) Preparation of soil (b) Sowing (c) Weeding (d) Threshing Ans: (a) Preparation of soil: Soil is prepared before sowing the seeds. The soil is loosened to increase the absorption of water and manures. Loosening of soil particles adds humus and nutrients in the soil that increases crop yields. Tilling or loosening the soil is done by ploughs which are pulled by a pair of bulls. Tractor driven cultivators are also used  to loosen the soil.

(b) Sowing: After preparation of soil it is ready for sowing of seeds. The healthy and clean seeds should be selected. The sowing is done by seed drills or funnel shaped tools. Seed drills are the modern instruments which sow the seeds at proper depth and proper distance.

(c) Weeding: The unwanted plants in the crops are called weeds. These weeds absorb the nutrients from the soil. So it is necessary to remove them. Weeds are either removed manually or by mechanical tools. The process of removal of weeds is called weeding. Some chemicals like 2, 4‑D are also used to kill the weeds.

(d) Threshing: Separation of grains from the chaff is called threshing. When the crop is harvested, it is cut along with the stalks. 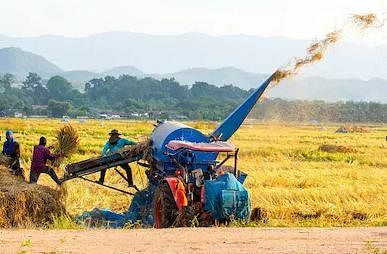 They are then separated and the grains are removed. Winnowing machine is used to separate grains from chaff.Ques 5: Explain how fertilisers are different from manure. Ans: (i) Manures are organic substances while fertilisers are chemical substances.

(iii) Manures contain all the nutrients while fertilisers are rich in certain nutrients.

(i) Sprinklers: Sprinklers work as fountains. Long perpendicular pipes have holes at regular distances. When water is supplied, it comes out of these holes and spray water in field. These holes have rotating nozzles which sprinkle water in all directions. They control wastage of water.

(ii) Drip System: This system is used to save water as it allows the water to flow drop by drop at the roots of the plants. It is the best technique for watering fruit plants, gardens and trees. Water is not wasted at all.Ques 7: If wheat is sown in the kharif season, what would happen? Discuss. Ans: Wheat crop does not require much water to grow, so wheat would not grow in kharif season. The seeds would get destroyed in excess water due to rainy season.Ques 8: Explain how soil gets affected by the continuous plantation of crops in a field. Ans: If we sow continuously in a field then the lacking of nutrients takes place in the soil. The field becomes unfertile. It does not give any time to soil to replenish the nutrients. Thus the soil is unable to sustain any further healthy and good crop. Ques 9: What are weeds? How can we control them? Ans: Weeds are unwanted plants. They grow with crops. They compete for nutrients and water with main crop. So weeds are very harmful. Process of controlling the weed is called weeding. Weeding is done manually by using khurpi and by using mechanical machines. Weeds are also controlled by using some chemical substances like 2, 4-D. 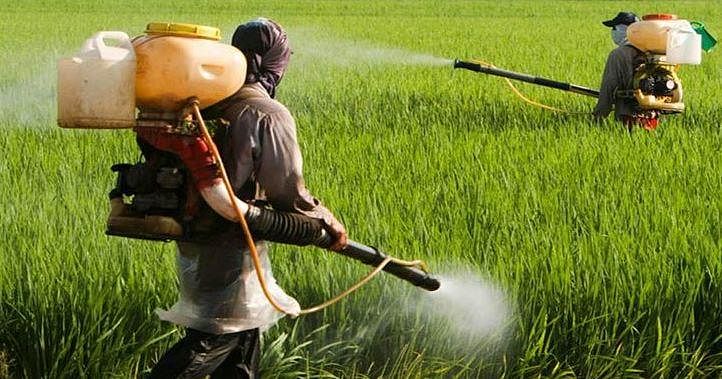 These chemicals are called weedicides and used to kill and destroy the weeds.Ques 10: Arrange the following boxes in proper order to make a flow chart of sugarcane crop production.