Q2 : What is the difference between the negative and positive conception of liberty? 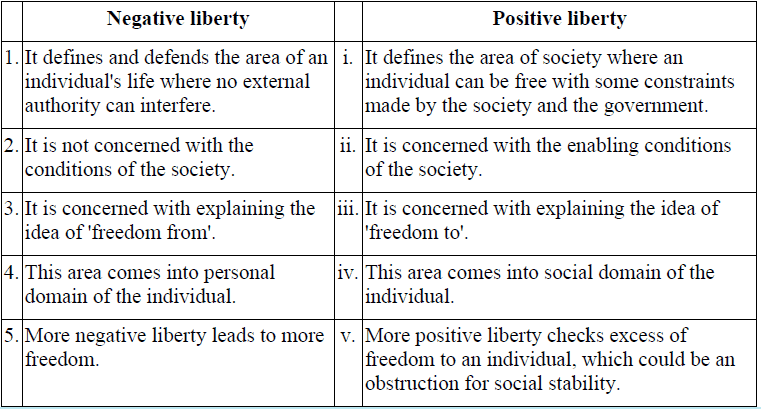 Q3 : What is meant by social constraints? Are constraints of any kind necessary for enjoying freedom?

Q4 : What is the role of the state in upholding freedom of its citizens?

Q5 : What is meant by freedom of expression? What in your view would be a reasonable restriction on this freedom? Give examples.

Following are some reasonable restrictions on freedom of speech.