Statistics is a method of taking decisions on the basis of numerical data.

Statistics can be defined in two ways:- 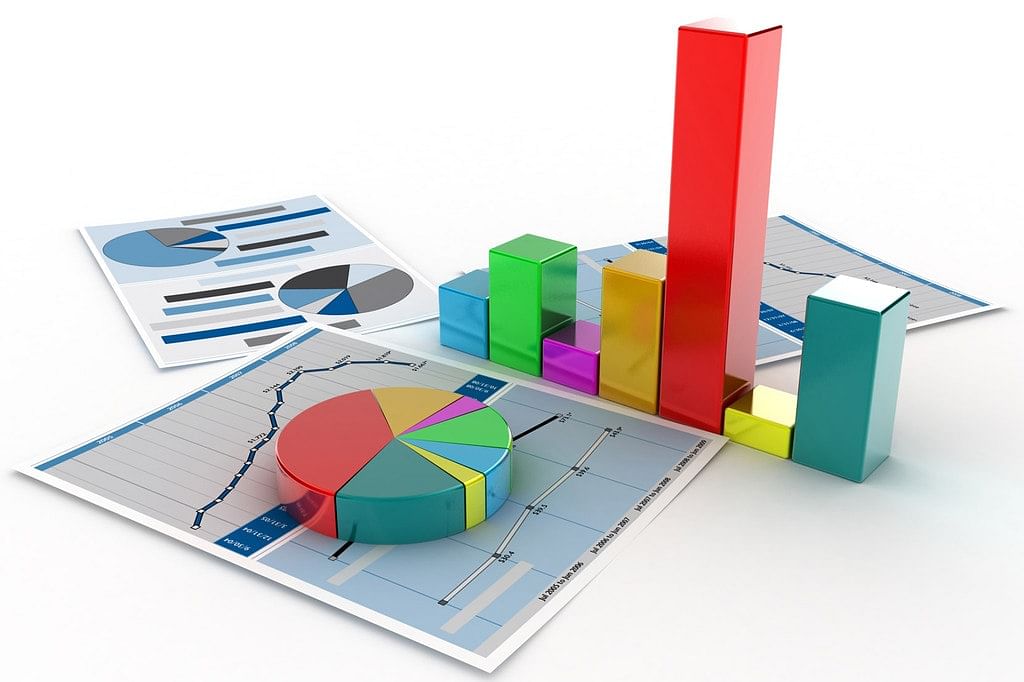 Question 1: Mark the following statements as true or false. (i) Statistics can only deal with Quantitative data. (ii) Statistics solve economic problems.(iii) Statistics is of no use to Economics without Data. Answer: (i) Statistics can only deal with quantitative data. FalseStatistics deals with both quantitative data as well as with qualitative data. Statistics not only reveals quantitative information but also reflects the qualitative aspect of data like better, worse off, highly skilled, etc. Although, the qualitative aspects can neither be easily measured nor can be expressed in quantitative terms, but statistics describes the attributes of these variables.(ii) Statistics solves economic problem. TrueStatistics acts as a tool in the hands of economists that enables them to understand and evaluate an economic problem. The causes of a problem are identified through statistical tools and methods and policies and rectification measures are formulated accordingly.(iii) Statistics is of no use to economics without data. TrueData enable economists to present economic facts in a precise and concise form. Data itself is self explanatory. For example, if the per capita monthly income in India has increased from Rs 300 to Rs 600 during 1974 to 1984, then just by looking at the figures an economist would not only understand the quantitative increase in the per capita income but also can assess the implicit qualitative aspects associated with this increase like higher standard of living, low level of poverty, higher level of savings, etc.

Question 2: Make a list of activities that constitute the ordinary business of life. Are these economic activities?Answer: The following are the activities that constitute the ordinary business of life:1. Buying of goods and services.2. Rendering services to a company by employees and workers.3. Selling of goods and services.4. Production process carried out by a firm.Yes, the above mentioned activities are regarded as economic activities. This is because, these activities involve the use of scarce resources to carry out production, consumption, saving, investment, etc. These activities involve the exchange of money to earn livelihood.

Question 3: ‘The Government and policy makers use statistical data to formulate suitable policies of economic development’. Illustrate with two examples.Answer: The statistical data is of prime importance for the government and the policy makers. The statistical data not only help them to analyse and evaluate the outcomes of the past policies but also assist them to take corrective measures and to formulate new policies accordingly. Further, the statistical data also help the government to ascertain various needs and priorities for the pursuit of the common goal of economic development. For example, if Indian Government aims at encouraging the production level, then it formulates its economic policy based on the average production level of the past three years. Another example could be the preparation of government budget. The previous data of government expenditures and government revenues are taken into consideration for estimating the allocation of funds among various projects.

Question 4: "You have unlimited wants and limited resources to satisfy them." Explain by giving two examples.Answer: Every economy faces the problem of scarcity. ‘Scarcity of resources’ implies that there are unlimited wants to be fulfilled by limited resources. The basic concern of an economy is to allocate the scarce resources to the best possible use in the face of unlimited wants. Thus, the problem of scarcity forces an economy to make a choice among various alternatives. For example, an economy endowed with a given level of resources has to make a choice between the production of guns and breads. The choice of the economy (i.e. either to produce guns or bread and in what quantities) depends on the need and goal of the economy. While the production of bread will make the economy devoid of the security level, whereas, the production of guns will not provide sufficient food for the population. The same problem of scarcity can be felt at an individual level. For example, with a given amount of money say, Rs 20,000, one cannot buy a TV and a sofa set simultaneously. Thus, the individual needs to make a choice between the alternatives according to his/her priority.

Question 5: How will you choose the wants to be satisfied?Answer: An individual fulfills his/her wants according to his/her needs, satisfactions and priority attached to different wants. Those wants will be fulfilled first that provides the highest satisfaction to the individual and to which the individual has attached the top most priority. Further, the choice of want also depends on the need of the hour and availability of the goods and also on the availability of means (money) to realise a particular want. Thus, depending on all these conditions, we can say that an individual having sufficient budget will fulfill a particular need that would fetch him/her the highest possible satisfaction.

Question 7: Statistical methods are no substitute for common sense. Comment.Answer: A statement of attention to the students of statistics is being referred here. Statistical data should not be believed blindly as it can be misinterpreted or misused. The statistical data may be politically influenced, may involve personal biasness or may undergone data mining (manipulations). Moreover, statistical data and methods fail to reveal the errors committed by an investigator while surveying and collecting data. Thus, the students are advised to use their common sense while working with the statistical data. This point can be better understood with the help of the following example. According to a survey that was conducted on the Death Rate, it was found that the number of deaths per 1,000 people was more in doctors accessible regions compared to the death rate in the remote areas. Such statistical data violate common sense and thereby is misleading. Therefore, the students are advised not to have lope sided beliefs on the statistical data and methods but simultaneously should evaluate the statistical results logically and should offend the results if it violates their common sense.Thus, it can be concluded that statistics is like clay that can be transformed in either good or bad way in order to draw right or wrong conclusions. Hence, the numerical data should not be deliberately used without applying common sense.

Question 1: What are the tools used, related to statistical study?

Answer: The tools used, related to statistical study are: