The document NCERT Solutions - Introduction to Micro Economics Notes | EduRev is a part of the Commerce Course Economics Class 11.
All you need of Commerce at this link: Commerce

1. What to produce and in what quantities?
The very first problem encountered by any economy is to decide what goods are to be produced and in what quantities or amount. There is a lot to be decided; whether to produce consumer goods or luxury goods; agricultural goods or investment goods; whether to cater education and healthcare sector or to strengthen country’s military. An appropriate example was set by the Latin American nation Costa Rica; they dismantled their military in 1949 and invested the money, which earlier was spent on the maintenance of their army, on education and healthcare. Once it is decided, what to produce, the next decision is to estimate the amount or quantity of the production. So the economy constantly struggles to choose what to produce and in what quantities.

2. How to produce?
The second problem that arrives is how to harvest the given or available resources? That is, what technique is to be used for producing various goods and services? It depends majorly on the nation’s endowment of resources in deciding the optimum technique. It has to be decided whether efficient production is possible through labour-intensive or capital-intensive techniques. This decision rest on the present economic conditions and also that the selected technique shall not only reduce the cost of production but also add to the social and economic welfare. For example, if a country is facing wide unemployment possibly due to huge population, then it is wise to opt for labour-intensive technique so that there is reduction in unemployment.

3. For whom to produce?
Finally, the purposeful distribution of final goods and services produced (national income) has to be done; that is, who gets what and how much? The economy needs to decide the best suitable mechanism for distribution of the final products among different segments of the society. The objective behind selecting such mechanism is to reduce inequality of income, to reduce poverty and to add to the social welfare and standard of living of people.

Q.2. What do you mean by the production possibilities of an economy?
Ans. Production possibilities of an economy imply those numerous alternative combinations of goods and services, which a particular economy can produce, with the given technology and employing the available resources fully and efficiently. In other words, it refers to various feasible bundles of goods and services that can be produced together by efficiently utilizing the given technology and available resources.

Q.3. What is a production possibility frontier? 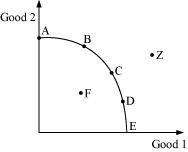 All the points lying on the PPC, that is curve AE, are associated with different quantities of good 1 and good 2 produced, by employing the available resources fully and in an efficient manner. While any point lying under the curve, like F, depicts inefficiency or under utilization of available resources. Whereas any point lying outside the curve, like Z, depicts over utilization of the available endowment of resources and technology; making it non-feasible.Q.4. Discuss the subject matter of economics.Ans. The subject matter of economics is sub-divided into two core branches, Micro Economics and Macro Economics. This division came into existence only after 1930 as per the suggestion by Ragnar Frisch. The domains of interest of these two branches of economics can be presented as

Microeconomics is the study of individual economic units, i.e. the behaviour of consumers and firms. The study of how they utilize the given resources in the best possible manner in order to maximize their rational objectives falls under the domain of microeconomics. It is also the study of demand and supply and how their interaction determines prices of various goods and services. Microeconomics helps in solving the three central problems of an economy. It is also called the Price theory as it primarily focuses on how prices are determined both in commodity and factor markets. In Macroeconomics we study how the economy as a whole operates. It focuses on the determination of the aggregate measures, like aggregate demand, aggregate supply and overall price level and how they change over time. It is also known as the Theory of Income and Employment as its main focus is on how income and employment levels are determined. Macroeconomics helps in understanding and solving problems like inflation, unemployment, Balance of Payments (BOP) disequilibrium, poverty, etc.Q.5. Distinguish between a centrally planned economy and a market economy.Ans. 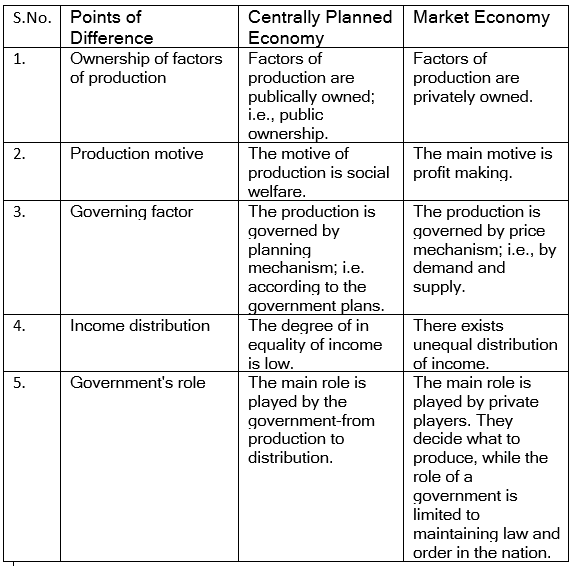 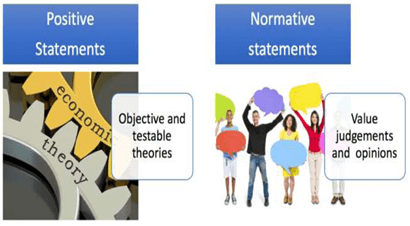 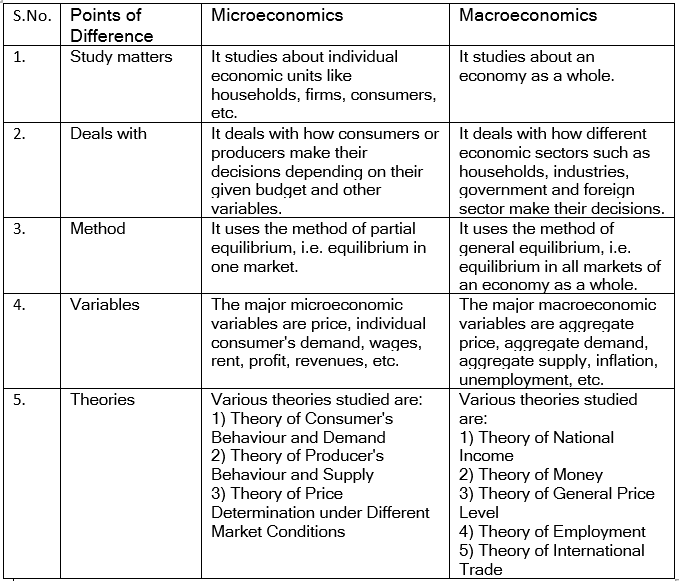