Q1: Which of the following statements are true/false about Political theory?

(a) It discusses ideas that form the basis of political institutions.

(b) It explains the relationship between different religions.

(c) It explains the meanings of concepts like equality and freedom.

(d) It predicts the performance of political parties. 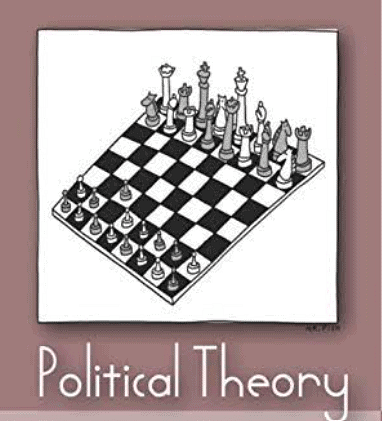 Q2: Politics is more than what politicians do. Do you agree with this statement? Give examples.

Answer:It is correct that politics is more than what politicians do. Politicians as a part of government are involved in politics but politics is not limited to their activities. Politics involves a number of various negotiations that go on in society through which collective decisions are made.

Politics is more than what politicians do

Q3: Vigilant citizens are a must for the successful working of a democracy. Comment.

Answer: Political theory is useful for us as it helps in understanding the meaning of political concepts by looking at the way they are understood and used in ordinary language.

Political theories debate and examine the various meanings and opinions from different contexts in a systematic manner.

The four ways in which the political theory can be useful to us, are:

Q5: Do you think that a good/ convincing argument can compel others to listen to you?

Answer: Yes, a good/ convincing argument can compel others to listen to one. Arguments prove the degree of reason of a proposition and the need to defend it. A good defense is a compelling factor in the audience listening to the speaker. The knowledge of political theory enables the individual to think systematically on issues like justice and freedom and polish his/her opinion. This helps the presentation of the argument in an informed manner. A wise opinion is convincing and is for the sake of common interests. Therefore, it makes others listen to and agree with the individual who argues in a convincing manner.

Q6: Do you think studying political theory is like studying mathematics? Give reasons for your answer.

Q.1. The government as a part of politics can affect on daily life of humans both in a useful and a harmful way. How?Answer:

Q.2. ‘Human beings are unique’. Give any two arguments. Answer:

Q.3. Mention the characteristics of a class struggle.Answer:

Q.4. ‘Politics works as a pursuit of common good of people’. Justify the statement.

Politics implies to power to make laws and to enforce them for common good:

Q.5. What is a class?Answer:A class may be defined as a larger group of people to be different from each other in the following manner:

Q.6. What are the differences between politics and political science?Answer:Politics: